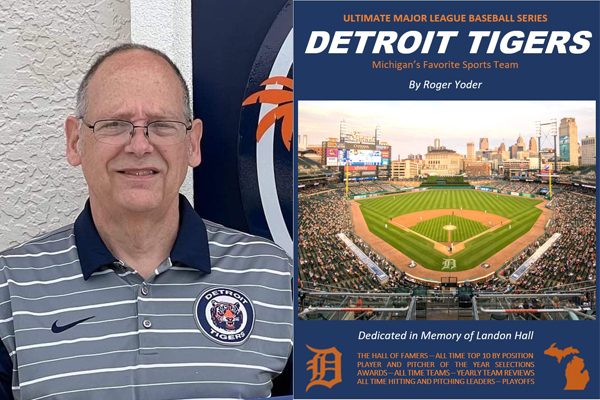 Every Tiger statistic from 1901-2020 uncovered in new book written by Roger Yoder. “This book has a lot of information you normally wouldn’t find about the Tigers. It’s a more complete history.

Did you know that famous Hollywood celebrity Bing Crosby and Tom Selleck were part-owners of the Detroit Tigers at one time? Selleck routinely wore his Tiger baseball cap during episodes of the long-running TV show Magnum P.I. He also spent three weeks of the 1992 spring training with the Tigers to prepare for his lead role in the Mr. Baseball movie.

Did you know that Bill Freehan all-star and 1968 World Series Tiger catcher and later University of Michigan baseball coach ended his career with 200 home runs – 100 at home and 100 on the road?

These are just a few of the fun facts highlighted in a new book compiling the rich history and decades of statistics of the Detroit Tigers by an author who resides right here in the Irish Hills – Roger Yoder.

With a great season on tap for the 2022 Tigers – the team is picked to finish anywhere from first to third in the American League Central Division – it is an opportune time to reflect back on the Detroit Tiger teams and players of the past. What better way to do that than by diving into Yoder’s book, titled “Detroit Tigers: Michigan’s Favorite Sports Team.” It is the first book of his Ultimate Major League Baseball Series and chronicles the history of the Detroit Tiger Major League Baseball franchise.

Readers can relive the past through yearly reviews that recap each season month by month, including information and statistics on hitting, pitching, and defense. His next book in the series will chronicle the New York Yankees.

Yoder is retired from the United States Navy and has over 40 years of experience in the media. He is a member of three prestigious baseball organizations including the Society of American Baseball Research, National Baseball Congress, and MLB Press Box. 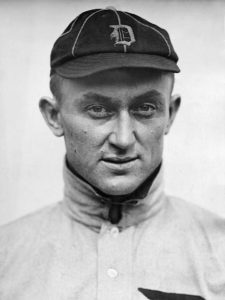 “I grew up as a Tiger fan – born and raised here in Michigan,” Yoder said. “When I joined the military, I started writing for the base newspaper or the local newspaper where I was stationed. Whenever I would do an article about the Tigers, I found myself going to a number of sources. This [book] has a lot of information in one place.”

“It’s hard to find a thorough history of the Tigers in one place,” Yoder noted. “There are a lot of books – some of them are picture books, some cover famous seasons like 1968 and 1984. This book has a lot of information you normally wouldn’t find about the Tigers. It’s a more complete history. It’s a good option if you’re a fan of the Tigers and it’s a good gift idea.” 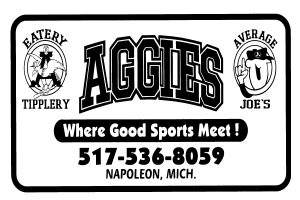 Statistics from the traditional to the sabermetric data of today are provided for 65 offensive and 35 pitching categories – from Ty Cobb to Miguel Cabrera – it is all there. Yoder developed and introduced a new analytical evaluation in the book to compare players from all eras.

“Sabermetrics takes all those individual statistics and evaluates them,” Yoder explained. “They don’t replace all the old statistics that we’re used to. It’s just a new way for people to follow the games – especially the younger people in their 20s and 30s. They follow those new-age statistics more than the old ones.”

Most Effective Hitter (MEH) considers offensive proficiency through a myriad of statistics for a comprehensive evaluation of a player. Likewise, Most Effective Pitcher (MEP) considers a host of pitching metrics to determine the best pitchers on the mound. MEH and MEP comparisons were used to determine the all-time teams and depth charts for players (top-150, top-10 by position) and pitchers (top-50 starters, top-50 relievers).

Whether you are a casual fan or a savvy baseball enthusiast, you will enjoy many hours of learning about Michigan’s favorite sports team – the Detroit Tigers. (more below)

The book is dedicated in memory of Landon Hall who died at the age of 12 on Aug. 12, 2018. Landon was going into the seventh grade at Addison Community Schools. He had a love for sports and wore his favorite number two as a proud Panther in football, basketball, and baseball. Landon touched family and friends with his shining light, was a friend to all, and was willing to help anyone.

Groups can contact Yoder to set up presentations on the book and discuss conducting fundraisers for their organization. He can be emailed at umlbbs@yahoo.com. He will also be donating a copy of the book to many area libraries. The book is available for purchase through Amazon or Barnes and Noble online. Bookstores will also be able to order the book. For more information, visit Detroit Tigers Michigan’s Favorite Sports Team on Facebook. 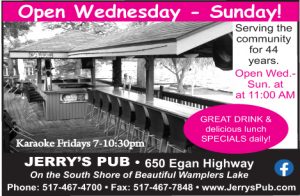 Local connections to the Tigers

Tiger pitcher Duane Below was born in Britton and graduated from Britton-Macon High School.

Owner Fred Knorr graduated from Hillsdale College, with the Knorr Dining Facility on campus named after him.