Area Volleyball for the week of October 23 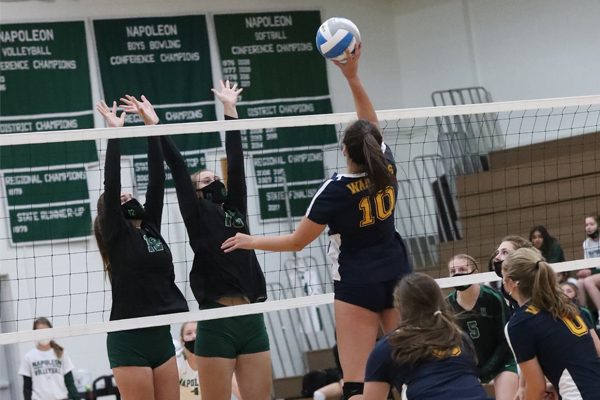 Above, A pair of Pirates go up in tandem to attempt to block the shot of Grass Lake junior Jasmine Carr.

Lady Pirates have a big week at the net

Coach Lisa Bradley’s Napoleon Pirates volleyball team is playing well at the right time with district tournament action right around the corner. The Lady Pirates went 4-1 last week raising their record to 10-6 on the season, defeating arch-rival Columbia Central on Monday, Cascades Conference foes Grass Lake and Michigan Center on Tuesday and Thursday, and going 1-1 on Saturday, falling to Hudson while downing the Erie Mason Eagles.

Tuesday, the Lady Pirates hosted Grass Lake and took down the Warriors in four sets, 25-11, 19-25, 25-14 and 25-14. Momo Hampton led the Lady Pirates with 24 points, eight aces and 30 assists. Jasmine Carr and Abby Buttigieg led the Warriors with seven points each. Buttigieg was 14-14 serving to go with 24 digs while Carr was 9-9 serving along with 10 kills.

Thursday the Lady Pirates raised their conference record to 5-2, capturing third place in the Cascades Conference after taking down the Michigan Center Cardinals at home. Napoleon took the first two sets, 25-13 and 25-17, fell in the third set 21-25, before finishing the night with a 25-22 win in the fourth set. Bradley led the way for the Pirates with 11 points and three aces.

Saturday the Pirates traveled to Hudson for a match with the host Tigers and the Erie Mason Eagles.

Napoleon closes out the regular season this week hosting Lumen Christi this Tuesday and plays in the Cascades Quads on Thursday. The Pirates start MHSAA district tournament action next Wednesday at Hanover-Horton.

Grass Lake travels to Stockbridge for a non-league match this Tuesday before beginning the Cascades Quads Thursday. The Warriors open district play at Lumen Christi against Monday’s winner of the Lumen Christi–Michigan Center match-up.

Columbia volleyball has a tough 1-2 week

The Columbia Central volleyball team returned to the court last week after being shut down for a week due to COVID-19. The Lady Eagles were a little rusty, going 1-2 on the week and falling to 12-5 on the year.

Tuesday night in their home finale of the season, Columbia got back on the winning track, taking down the Ida Bluestreaks in four sets. After dropping a 23-25 first set, the Eagles came back to win the next three sets, 25-14, 25-22, and 25-18. Senior Katie Taylor and junior Kenadee Tompkins led the way for the Eagles with 15 points each. Tompkins also had three aces, 37 assists, and 24 digs while Taylor had six aces and 19 digs.

Thursday, Columbia traveled to Hudson for a match-up with the second-place Tigers. The Eagles fell in four sets, losing the first 21-25, winning the second set 25-21, before falling 12-25 and 20-25. Mia Taylor led Columbia with 11 points, four aces, 22 digs, and seven kills.

The loss created a three-way tie for third place in the Lenawee County Athletic Association as the Eagles, the Dundee Vikings, and Blissfield Royals all have 4-3 records in the conference.

The Eagles close out their regular season this week traveling to Onsted Tuesday for the LCAA Quads, play at Quincy on Thursday, and travel to Mt. Morris Saturday for the Mt. Morris Quads. 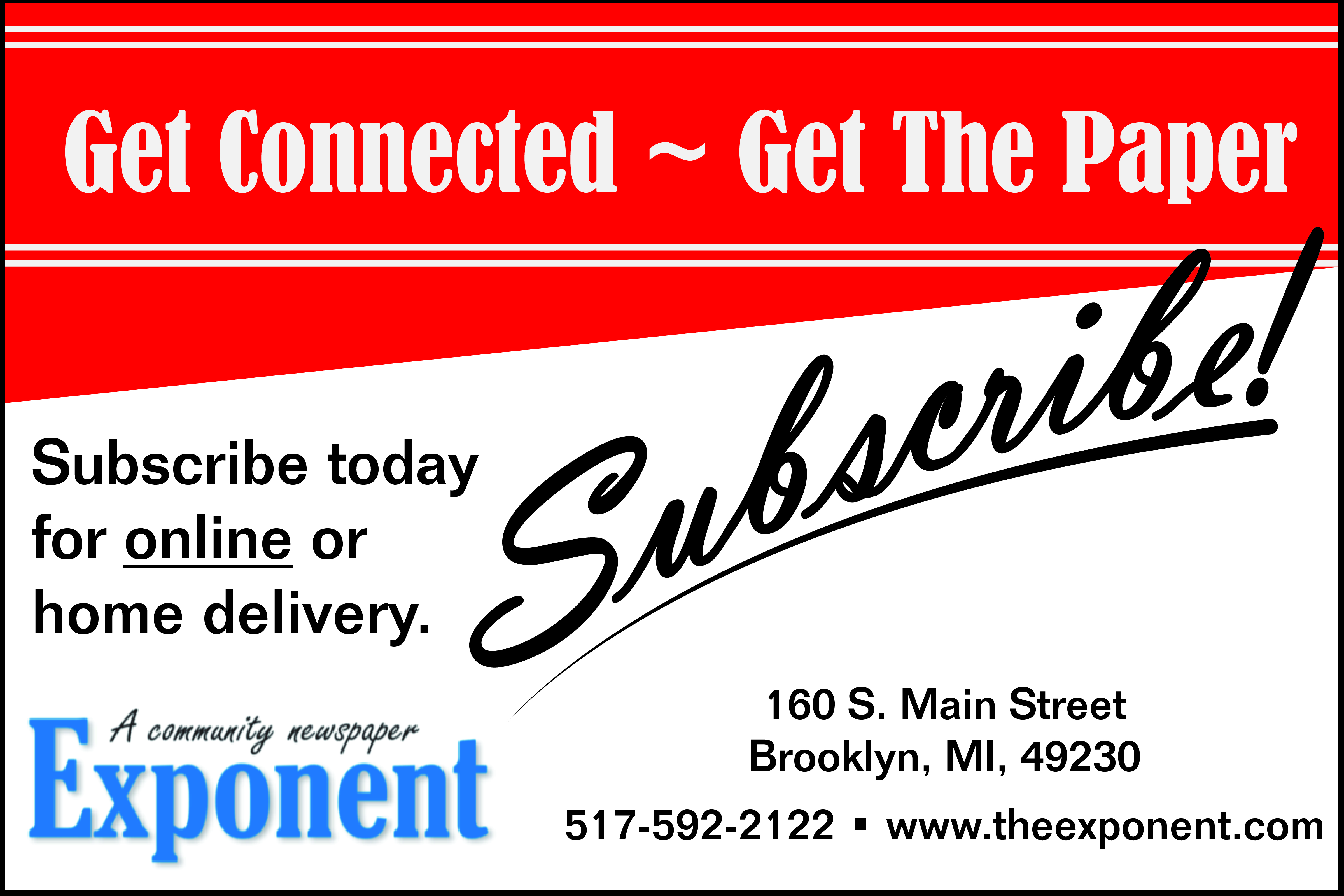 Saturday the Wildcats traveled to Williamston for the Williamston Quads, going 2-1 on the day.

Taylor Boss and Kate Gorney led the Wildcats, with Boss getting 24 points, going 28-33 serving with three aces, while Gorney had 20 points, going 25-28 serving with 13 aces and four kills. Ruby Foster was 23-25 serving with five aces,16 points, eight blocks and six kills. Kayla Ross had 10 points with two aces, going 23-23 serving along with 29 digs, 14 kills, and 10 assists. Mya Hiram notched 15 kills and 15 digs to go with one block. Kennedy Ross tallied 17 kills and two blocks. Kamryn Ross had a team-high 36 assists for the day, while Brianna Benz contributed with 24 digs.

The Wildcats hosted the LCAA Quads on Tuesday and the annual Volley for a Cure Wednesday with Concord, Jonesville, and Lenawee Christian. Onsted hosts the Lenawee County championship this Saturday.