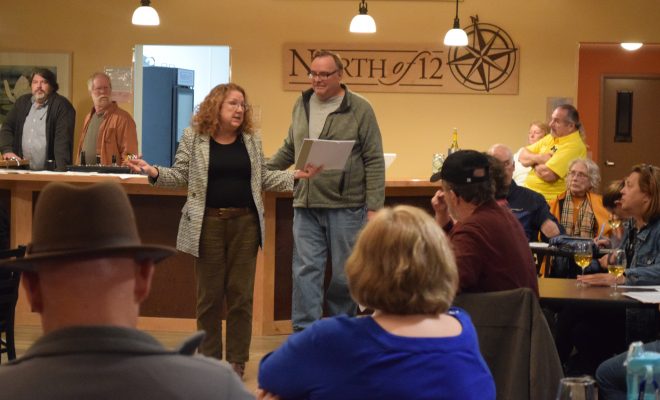 Cathy Nearhood holds up a petition for residents to sign requesting the Cambridge Township Planning Commission delay any decision regarding a conditional use permit request so more information can be gathered.

A field adjacent to Killarney Highway in Cambridge Township holds what appears to be a mountain of gravel and sand, which the property owner wants to mine.

The hilly property lies amidst the chain of lakes that runs through the heart of the Irish Hills and specifically is located between Allen, Kelley, and Meadow lakes. Formerly known as “The Brighton Farm,” the new owners, SSP Leasing, have requested a conditional use permit that would allow gravel mining and, eventually, a housing development to be established on 50 acres adjacent to Killarney Highway off of U.S. 12.

Company officials have not returned phone calls to the Exponent to discuss their proposal.

Wendy Holmes makes a point during a meeting held by Protect the Irish Hills – No Gravel Pit last week. Another meeting is scheduled for Wednesday, Nov. 16 at 6:30 p.m. at The Winery North of U.S. 12. The winery is located at 12775 Knapp Road.

The idea of an ambitious mining operation being located between three Irish Hills’ lakes has, for lack of a better word, graveled neighbors and area residents. About 70 of those residents gathered November 9 at The Winery North of 12 on Knapp Road to discuss how to fight the proposal.

“This is really important,” said Cathy Nearhood, who is part of a group calling itself Protect the Irish Hills – No Gravel Pit, which organized the meeting. “We want to protect and maintain our wetlands, our lakes, the water, for our grandchildren,” she said.

“Our ultimate goal is to protect the lakes in the Irish Hills.”

With the planning commission hearing looming, one of the first things the group hopes to accomplish is to slow the process down. Nearhood passed around a petition requesting the planning commission adjourn and delay the public hearing until further notice. She noted that other municipalities such as Norvell Township are dealing with similar proposals and have slowed the process so all the extenuating circumstances involved with mining could be factored into making an informed decision.

Nearhood said that this proposed gravel pit not only affects property owners on Allen, Kelley, and Meadow lakes but every lake and wetlands up and down the entire chain. It was also pointed out that SSP Leasing owns a large tract of property north of U.S. 12, and that adjacent neighbors from Vineyard, Stoney, and Wamplers lakes are concerned about the possibility of those lands being mined as well. 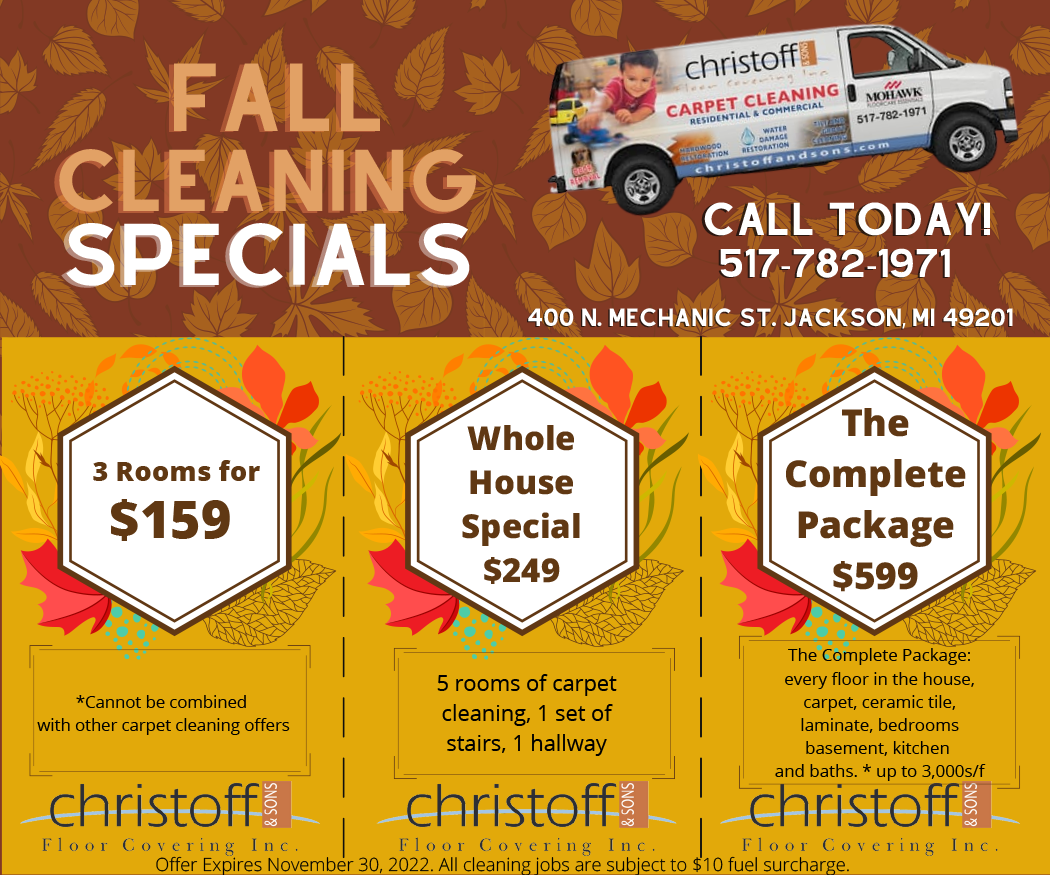 The meeting only lasted about an hour, but Nearhood and her committee members brought up several concerns and formulated a plan of action.

One large issue with the proposal is how the gravel pit would be accessed. The property in question fronts U.S. 12 and Killarney Highway. Killarney Highway is a Natural Beauty Road, so the company’s gravel haulers would not be able to access the site from that road. The problem with accessing the property from U.S. 12 is that it has a limited sight distance. The land is located off a hilly, curvy portion of U.S. 12, and double-bottomed semi-tractor trailers would not easily be able to access the busy highway.

Perhaps more importantly, Protect the Irish Hills – No Gravel Pit also has questions as to how the operation would affect the lakes. A visit to the site shows that the property in question drains into the surrounding water basin, and how the leeching of sand and chemicals from the mining operation would affect the lakes is a question residents feel should be answered before any decision to move forward is made.

Another concern the group has is pending legislation at the state level that could take the decision to allow or disallow gravel pits out of local officials’ hands and put the authorization powers solely in the hands of state officials.

Wendy Holmes, who is also involved with the committee, said that legislation “basically affects the local jurisdiction over local mining operations. 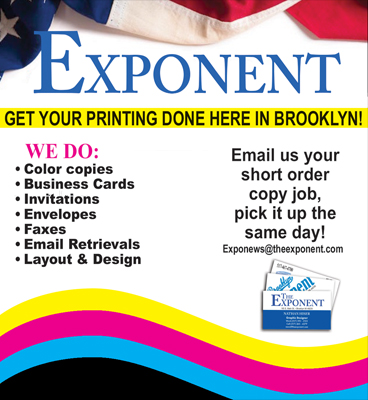 “In a nutshell, it will allow the state to control the future of mining in Michigan,” said Holmes. The Exponent will explore that issue more in-depth in a future edition.

Tom Kissell, the chairperson of the Cambridge Township Planning Commission, said that the commission has drafted a list of questions for SSP Leasing.

Nearhood has three questions she would like answered before this is moved forward:

“Our biggest question is, what does this bring to Cambridge Township?

“How does this better our community?

“How does a gravel pit fit into the surrounding land use?” she asked.

Protect the Irish Hills – No Gravel Pit has another meeting scheduled for Wednesday, Nov. 16 at 6:30 p.m. at The Winery North of U.S. 12. The winery is located at 12775 Knapp Road. The public is invited to attend.