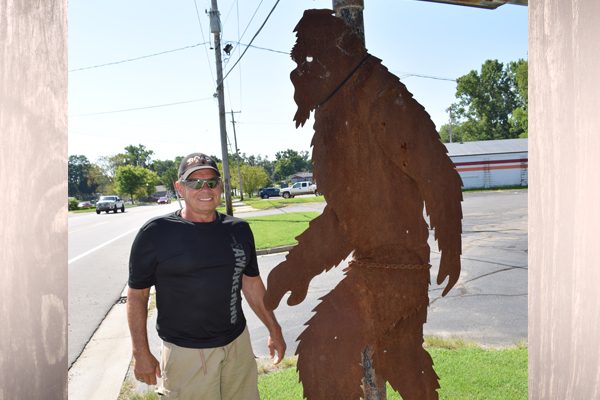 Have a pair of sasquatch cutouts mysteriously appeared in your neighborhood? Greg Burkeen, shown above, owner of Brite-N-Clean Laundry in Brooklyn, would like them back where they belong. He is shown with his remaining Sasquatch in front of his business.

Brite-N-Clean Laundry owner Greg Burkeen was saddened to come to work a few weeks ago and find two of the Sasquatch cutouts he had set up in front of his laundromat missing. “The two smaller ones, the mother and baby, were gone,” said Burkeen, who owns the business along with his wife, Deb.

Burkeen said he put the original Big Foot cutout by his sign, and “people really seemed to enjoy it,” so he got the elder ‘squatch some companionship in a “wife” and even smaller child sasquatch.

“It is really just in fun,” he said. All three of the cutouts made it through Faster Horses and NASCAR weeks, but on one Sunday evening the two smaller cutouts, which were not attached to anything, were taken. The larger, original “dad” ‘squatch, which was chained to the Brite and Clean sign, remains. In fact, he looks a little lonely without his bigfoot family in tow.

“I have had people stop and want to buy them before, but never thought they would get stolen,” he said. “We have had everyone from bikers to Girl Scouts stop and take their pictures with them. Anyone who knows of the whereabouts off the Big Foot cutouts is asked to contact the Columbia Township Police Department at (517) 592-3122. 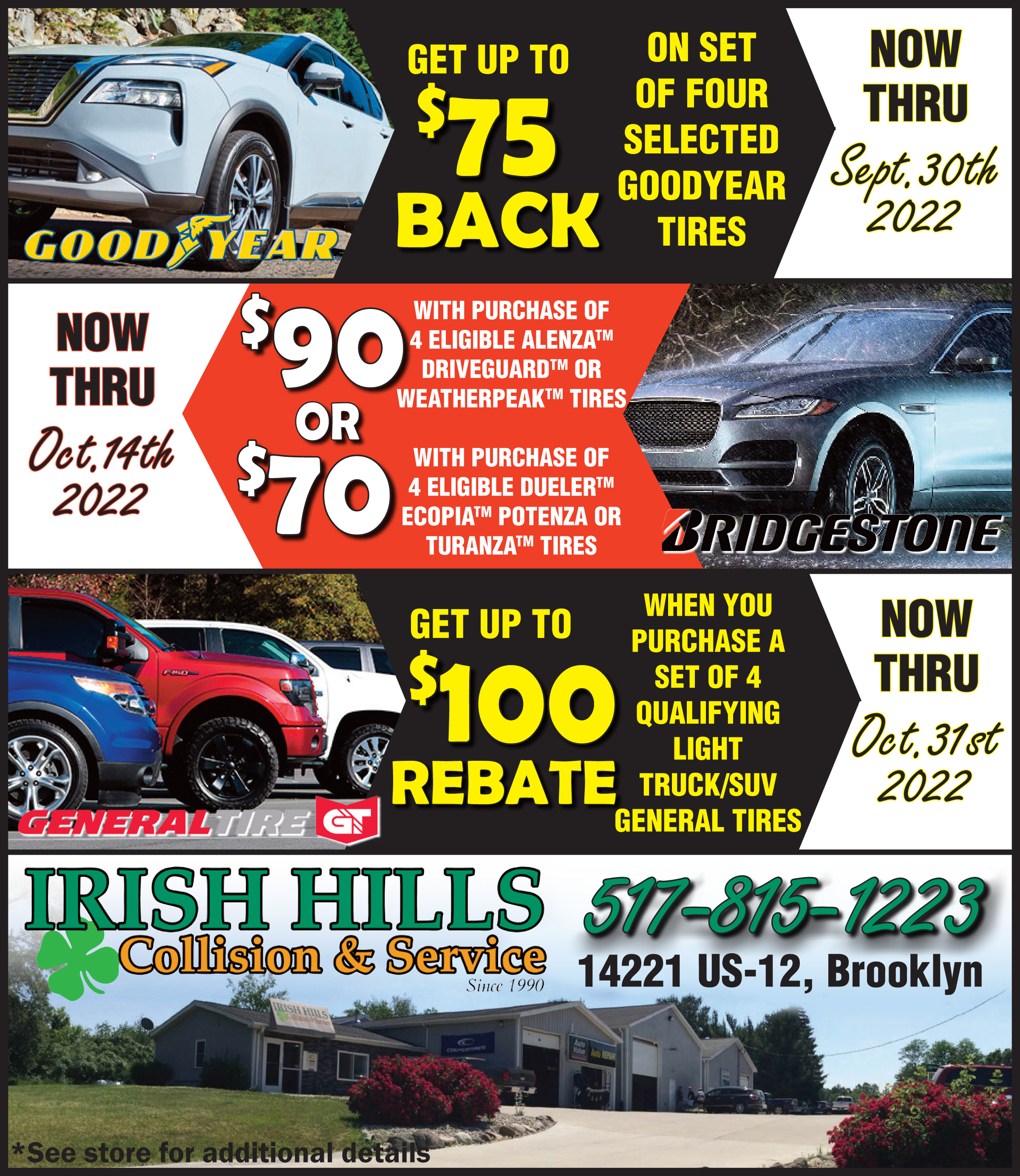