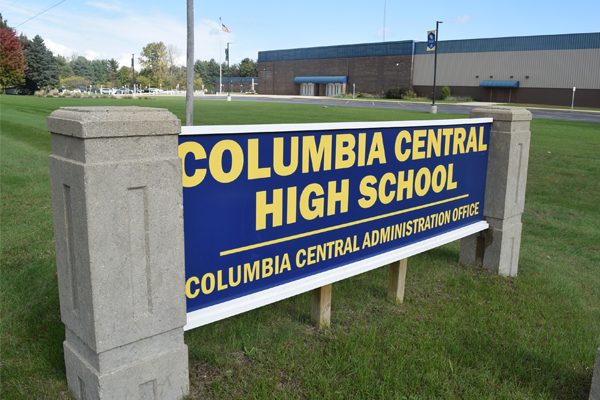 Some restructuring is taking place in the athletic department at Columbia School District. Current athletic director Josh Kubiak, who dually serves as one of two assistant principals at Columbia Central Junior-Senior High School, will be phasing out as athletic director and replaced with a new person later in the spring.

“As part of looking to make sure that people aren’t overworked and everything is appropriate, we have revisited our job descriptions and job duties,” said Columbia School District Superintendent Pam Campbell.

She said the district’s Human Resources Committee and Athletic Committee decided to split Kubiak’s position into two separate positions. “So, now we have a position that is just assistant principal, and the athletic director position is currently posted. Columbia [School District] is big enough to support that,” Campbell stated. “It’s a great job and Columbia is a great school district, and we look forward to this being something that will be a huge benefit for our community and for our students and coaches – being able to have somebody who’s totally dedicated to athletics.” (more below)

Kubiak will stay on as an assistant principal in the junior-senior high school. “He does a great job working with our students and families,” Campbell said. “Mr. Kubiak works mostly with seventh and eighth-graders. He works with everybody, but his focus is seventh and eighth grade at this time.”

“The good news is my workload was cut in half and they’re paying me the same,” Kubiak said. His current annual salary is $93,000.

“I don’t really believe it was an overworked position. For a school of our size, I’m glad we had the money to pay another full-time administrator, but I know there were some questions thinking that we weren’t getting everything done. But with only being the assistant principal for seventh and eighth grade, it really wasn’t as much of a workload as people were thinking that it was. There are numerous schools that do this. But I don’t have a problem not being here till 9 o’clock at night anymore. That’s the good part.” 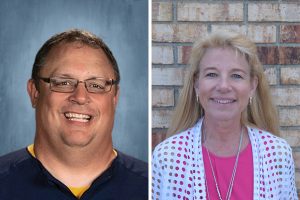 In addition, as part of the restructuring, Kubiak will no longer serve as Columbia Central High School’s head football coach. “As part of looking at positions, we made the determination that our assistant principals will no longer be varsity or JV coaches,” Campbell stated. “That was the rule for a long time. We made an exception several years ago and we’re just moving back to not allowing our assistant principals to be varsity or JV coaches. They can coach seventh or eighth grade.” The other assistant principal at Columbia Central, Travis Cushman, coaches junior high football.

“I’m going to miss coaching [the Columbia Central varsity football team],” Kubiak stated. “The policy was directed right at me because we have an assistant principal that has been coaching seventh-grade football, so he’s still allowed to do that. But I’m not allowed to coach the high school. That is a policy being created just for me. I’m going to miss seeing our student-athletes grow outside of the school itself.”

Kubiak noted that he has been offered assistant coaching jobs both in and out of the immediate area. “I am excited that I have been reached out to by about four or five neighboring schools around us that have offered me options to go coach at their high schools. So, I still will be coaching high school football, I just won’t be in charge of the Columbia Central program.” Kubiak added that he has a pretty good idea of where he is going to coach, but he is still weighing all of his options.

Campbell says the athletic director position posting has brought in “quite a few applicants” to date and should be filled this spring, but she is not sure when the person will actually start, based on the new person’s previous contract stipulations. “He or she will start working with us this spring in cooperation with Josh as he phases just into his job as assistant principal,” she said. “At the beginning of the 2022-23 year, the new person will be fully engaged.”