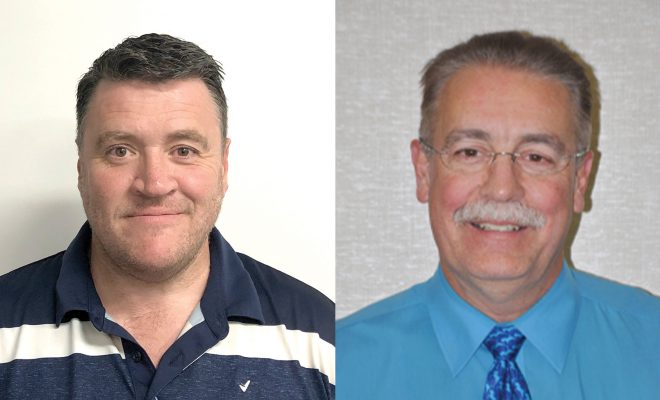 As reported in last week’s Exponent, the Brooklyn Village Council recently voted to terminate its sewer operations and management contract with Columbia Township. The question as to when exactly that will happen and what the next steps are for Columbia Township became a little clearer after Monday (June 20) night’s township board meeting.

“At least verbally, what Columbia Township asked for is a 60-day termination,” said Brooklyn’s acting DPW director and now interim village manager Jae Guetschow on Monday, prior to the meeting. Timing-wise, that comes out to around mid-August. The notice was hand-delivered to the township on June 14 – if we go by that date, that’s why I’m saying around the 15th of August.”

That gives Columbia Township a little more time to figure out what direction they wish to go for their sewer services. At its board meeting Monday night, Township Supervisor Barry Marsh read a memo to the board to help provide that direction. The memo states, in part, “Pursuant to the June 13, 2022 decision by the Village of Brooklyn Council to terminate the Operation & Maintenance Agreement effective July 31, 2022, or ’60 days from the date of their letter, or at the earliest opportunity, we are asking the Columbia Township Board of Trustees to authorize some initial resources to assist with our discussions, research and negotiations to identify sewer operation and maintenance support as we transition from our current O&M provider, towards the RFP for a new vendor.”

The board then unanimously approved retaining Keith Kotsch as a sewer consultant “to help in the transition of operations and maintenance activities from our current vendor to a new service provider,” as proposed by Marsh. The board approved paying Kotsch at a rate of $40/hour with a guarantee of 20 hours per week. Additional hours would be on an as-needed basis. Kotsch was formerly the DPW director for the Village of Brooklyn. Kotsch retired suddenly from the Village of Brooklyn last March. 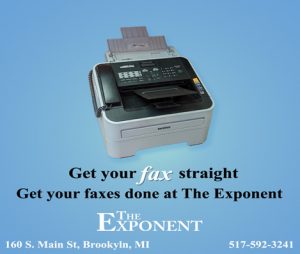 The Exponent filed a Freedom of Information request to receive a copy of Kotsch’s letter of resignation from the village on Monday, June 20. We received a copy on Tuesday, June 21.

In the letter, which is titled “Memorandum” Kotsch stated “After careful consideration of my job performance, I believe it would be in my best interest, and in the interest of the Village of Brooklyn, if I resign from employment with the Village effective March 28, 2022.

“I recognize that as a result of this resignation, I will not be subject to further disciplinary action. Further, I acknowledge that I will not be eligible for rehire with the Village of Brooklyn.

“I voluntarily offer this memorandum of resignation of my current ability to function as the Director of the Department of Public Works.”

Kotsch’s resignation from the village was not discussed at the Columbia Township meeting.

“In a nutshell, we’re asking for this resource so we can have 30 days to try to sort some of this out, get more information, confirm what our responsibilities and obligations are, and make recommendations come the meeting in July,” Marsh stated before the unanimous vote of approval. “We have had a relationship with the Village of Brooklyn – we’re family, we’re here together. Our goal is to try to transition and work in a way that makes sense to all of us.”

Exactly how losing the Columbia contract will affect Brooklyn’s DPW remains to be seen, said Guetschow who added that financially it appears to be a wash.

Brooklyn’s DPW currently has six employees, not including Guetschow. He noted that the DPW is currently down two positions that they don’t anticipate filling. “I think that’s where the savings are going to come in,” he said, adding, “There’s no immediate plan to reduce staff further at this point.”

What about other sewer agreements the village has?

In addition to Columbia, the Village of Brooklyn has sewer servicing agreements with Napoleon, Hanover, and Liberty townships. “I believe all those expire December 31 of this year,” Guetschow said. “I think they were three-year agreements that would automatically extend for another year if we didn’t take any action. We’ll have to evaluate those before the end of the year. There are no immediate plans to terminate those. We’ll continue to provide service in those three townships.”

Guetschow says the future of Brooklyn being in the sewer business has to do with staffing. “We’re struggling to find qualified staff – just like every business in the country, it seems,” he noted. “That makes it a little more difficult to recruit and retain staff that wants to do this kind of work. That’s a factor we’ll have to look at between now and the end of the year – just where we’re at with staffing – as far as what we can maintain. The first priority is taking care of the village customers.” Guetschow said there are currently over 600 sewer and/or water connections in the village – residential, commercial, and industrial.