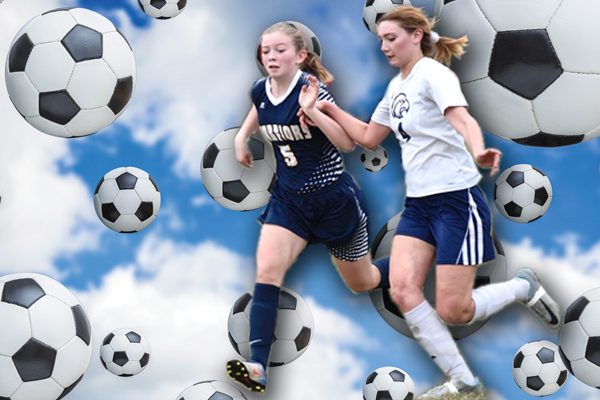 Columbia Central High School senior Anna Hosmer spent nearly 10 months preparing for her senior season of soccer. Coming off an all-state junior season, the daughter of CCHS Coach Andy Hosmer was excited about leading her team back to winning ways.

When the spring season was canceled due to the coronavirus outbreak, Hosmer said she was discouraged.

But unlike a number of seniors whose careers were cut short, the senior still has college soccer for which to look forward. Hosmer will play soccer for her father at Jackson College – hopefully – in the fall. She signed to play for the Jets earlier in the year.

“I thought it was a neat experience having my dad as the coach and signing [a letter of intent] with both of my parents by my side,” Hosmer said. “A lot of my friends thought it was cool. It will be an honor to play at JC.”

Hosmer should know a number of the players on the Jets’ squad. She practiced with the team last fall during their college season. Those practices helped her stay in shape and pass the time until spring.

“I really like the members of our team (Jackson College),” Hosmer said. “I know a lot of the girls on the team, so playing for the Jets was my best option.”

Hosmer said she lifted or ran for 30 minutes to an hour in the Columbia School District fitness center prior to the 2020 season. She normally plays indoor soccer with her RUSH team, but they decided not to participate last winter.

“It is tough to keep yourself motivated to stay in shape, especially when nobody is pushing you,” she said.

Last year Hosmer scored 24 goals for CCHS and helped the Golden Eagles advance to the district finals. She earned all-state honorable mention honors in Division 3 as voted on by representatives from the Michigan High School Soccer Coaches Association.

Hosmer has been playing soccer since the age of 4.

“Soccer gives you a reason to run,” she says. “I have a friend who is a cross country runner. I can’t see myself running just to run.”

Hosmer would like to transfer to Spring Arbor University after her time at Jackson College. She has yet to state a major for college. Hosmer will graduate CCHS with a GPA of 3.1 on a 4.0 scale.

Hosmer has enjoyed her time playing soccer for CCHS.

“Sports teaches you a lot of things like leadership, determination, and working with others,” she said. “I have a lot of respect for my teammates.”