Dearborn based company wants gravel mine in Norvell Township 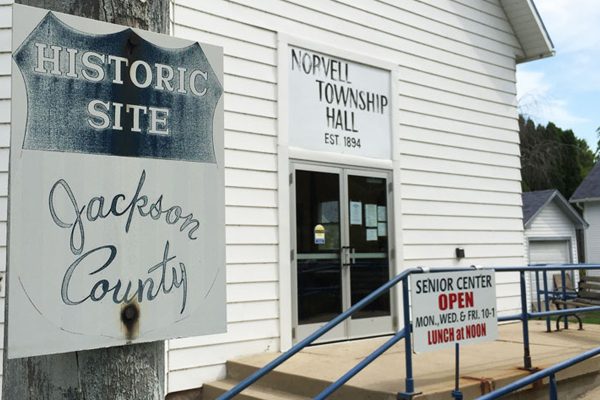 “We want to make sure that we’re protecting the interests of the township and the residents.” Norvell Township Supervisor Bill Sutherland on the board enacting a six-month mining moratorium.

A company proposing to do some gravel mining in Norvell Township will have to wait at least six months as the Norvell Township board unanimously passed a resolution at a recent special board meeting to prevent any mining to occur in the township for that period of time.

Resolution 2022-10, passed by the board, is a Moratorium on the Issuance of Permits, Licenses, or Approvals for certain uses Related to Mining of Natural Resources Ordinance No. 52.

Township Supervisor Bill Sutherland was recently being approached by the Edward C. Levy Co., based in Dearborn, Mich., regarding a conditional use permit for gravel mining in the township. The company mines sand and gravel. After speaking with the township attorney regarding the proposed permit, it was suggested the board impose a six-month moratorium on issuing mining permits using a resolution and ordinance to do so.

“The township is being proactive in having this review done and making sure that everything is in order,” Sutherland said. “The biggest thing to understand is that aggregate mining is a legal land use which the township cannot prohibit – just like we cannot prohibit adult bookstores or mobile home parks – but what we do have is the ability to regulate, and we’re looking at how we can regulate.” (more below)

The proposed gravel pit is slated to be near the intersection of Watkins and Horning roads on properties owned by G.T. Ranch. “Depending on which parcels they exercise lease options on, we’re looking at anywhere between 200 and 500 acres,” Sutherland stated. “I really don’t know because we haven’t seen a site plan yet. They came and had a preliminary discussion with us. They gave us a map that had some properties on it that they’re looking at, but none of them are definitely settled on. They just came to us as a courtesy and said, ‘We’re looking at this area and want you to be aware of it.’ This is in the earliest levels of discussion.”

Berl Falbaum, spokesman for the Edward C. Levy Co., said the information he had from company sources indicates that the potential size of the site could be 950 acres.

“We’re proud of the reputation we’ve built with the communities all over the state and other parts of the country and world,” he continued.

When asked why Norvell Township, Falbaum replied, “You pick the spots where the gravel is. We have facilities all over the country. We picked Norvell because it has gravel. You pick it where the product is that the state needs for economic reasons. You can’t fill potholes, you can’t pave streets, you can’t build airports, you can’t build subdivisions – you can’t do anything without this material. It’s an economic necessity for the state to have this material.” Falbaum said the company sells sand and gravel to both the state and the private sector, including contractors and builders. (more below) 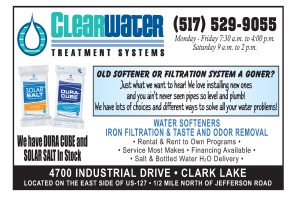 At the meeting, the board discussed how the moratorium and ordinance would give the township a chance to make sure its current ordinance, Section 6.7, Additional Development Requirements for Certain Uses sub-section A. Quarries, Mineral Mining & Extractive Operations, is current with Michigan Law.

“There have been some changes in the law regarding these operations and it is important that our ordinance is up to date with current law,” Sutherland wrote in an April 29 memo to the board. “To be clear, quarries, mineral mining and extractive operations are currently a conditional use under the existing zoning ordinance. They are also a legal land use. The purpose of these measures is to make sure that everything is current and legal.”

Sutherland added that the mining section of the township ordinance was last updated in 2013. “We felt with the current situation, that it would be best if we had it reviewed by our attorney to make sure that everything is up to date – that’s a considerable amount of time,” he stated. “We want to make sure that we’re protecting the interests of the township and the residents.”

Sutherland noted that the review and any possible update of the ordinance will go through the township’s planning commission.

“This is about the transparency of local government, and we felt it was important that the residents are aware that we’re working on this,” he said. (more below) 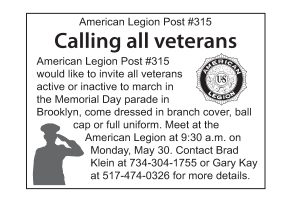 Sutherland said he had a conversation with Rick Kidd, general manager of construction materials from Edward C. Levy Co., about the moratorium ordinance. “I did inform them that the township would be enacting a six-month moratorium on the issuance of any new permits for mining in the township,” he stated. “They were concerned about it, but I also explained that this was on the recommendation of our township attorney and that this is something we felt we needed to do to make sure that the township residents are protected and that our ordinance is in order. Again, they did express concern about it, but appreciated me calling and letting them know in advance.”

There was also a discussion regarding ongoing issues with the Lawrence Road gravel pit site. “The neighbors are complaining, so we went and had a meeting with them,” Sutherland noted. “We’re working on a timeline on when they’re going to end operations, and how [the landowners] are going to reclaim that site.” Currently, materials are being taken from that gravel pit site, but no new materials are being mined. “Part of the agreement is they are supposed to start reclamation on that,” he said.

Another concern of the townships is the preemption of local control in zoning and the possibility of the state taking control of gravel mining. “If the state takes over licensing and administration of gravel pits, basically what they’re going to do is bring it in, hand it to you, and say ‘that’s your mine, that’s what you got,’” Sutherland stated. “If we keep local control, then the township has the ability to regulate these operations. Our major concern is that if we lose local control, which is a very real possibility, we just don’t know what’s going to happen.”