Foster is on a roll 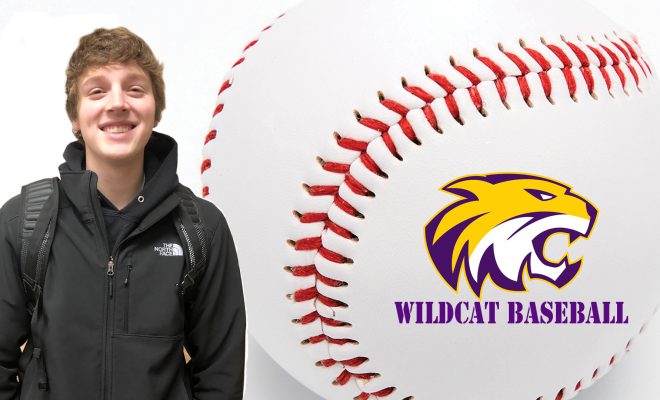 Above: Knutson’s Student Athlete of the Week is Quinn Foster

As we make our way into March, spring sports are starting to begin. As teens from around the country are waiting for practices to start, Onsted Senior Quinn Foster is already on a roll. Foster is a pitcher and first baseman for the always talented and competitive Wildcats. Heading into the season, the Wildcat senior has only one thing on his mind.

“This year, I want to win a district title. It’s a team goal and my personal goal.”

Some may say it is a little early to be thinking about a baseball district title when boys and girls basketball districts are just finishing up, but not for Quinn. Baseball for Quinn has been his life. He started playing the game in Kindergarten, and has continued it up to this point. Being such a connoisseur of the sport, he obviously is a hardcore fan. He has idolized many players, but there is one in particular he tries to emulate on the playing field.

“Justin Verlander has always been my boy. I’ve watched him since he became a Tiger and have followed him everywhere.”

Those are big shoes to try to fill for the senior, although Foster is an extremely talented pitcher. He prides himself each day in being the best that he can be. In fact, Quinn has accepted an offer to pitch for Cleary University located in Howell, Michigan. The Wildcat senior possesses a skill set that caught the eye of college scouts, and he spoke on what he felt that was.

“His dedication to baseball is phenomenal.”

“I think I have a pretty nasty curveball and my fastball moves pretty good.”

To Detroit Tigers fans, this may sound familiar, as Verlander had some very similar traits in his game. To reach the next level, you have to have something unique, and Foster clearly possess it. Off the pitcher’s mound, Foster brings a fun, energetic presence to practice.

“I think I make the practices really entertaining. I am always having fun, and it relieves the pressure off of my teammates.

“I’ve known Quinn since he was five. He was a great athlete and I wish he would have played more sports for our sake! But his dedication to baseball is phenomenal.”

Throughout his high school career Quinn has thrived as a student and has always challenged himself in the classroom, taking advanced Spanish classes such as Spanish IV and AP classes like AP Government. Along with playing baseball at Cleary, he plans to obtain a business degree.

With dedication in the classroom and talent on the field, there is no doubt Foster and the Wildcats will be a force to be reckoned with this season.