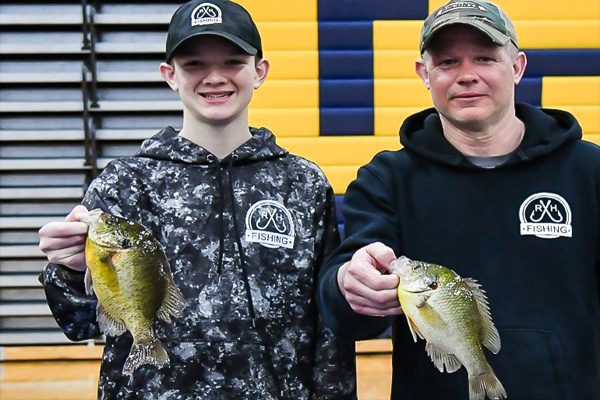 Rylan and Chad Hamlin hold up two big fish following their win in the Midwest Open Ice Fishing Tournament at Wamplers Lake on Sunday. The winning two-man team won $20,300 for their efforts – the highest paying ice fishing tournament in the country. 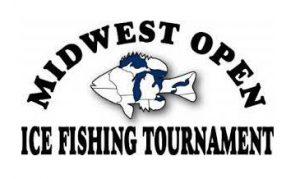 It was Father’s Day at Columbia Central High School on Sunday afternoon.

Two father-and-son teams finished in the top three teams at the annual event that pays $20,300 to the winning two-man team.

The duo caught a total of 10.61 pounds, fishing for the biggest eight crappies and eight bluegills.

Anglers fished at Wamplers Lake from 8 a.m. to 1 p.m. and the weigh-in was held at CCHS at approximately 2:30 p.m. in front of a crowd.

Their total beats the 10.35 pounds caught by the winning team in 2018 – the last time the tournament was held. COVID-19 and poor weather conditions caused the postponement of the tournament for four years. (more below)

Rylan Hamlin, 15, said the team caught their 16 fish in the first hour at their “starting spot” after a week of pre-fishing.

“After we caught the first 16, we moved to our second spot trying to upgrade,” Rylan said.

It is the third time the father-and-son have fished in the tournament, coming in eighth place with 8.34 pounds in 2018.

Rylan is a student at Michigan Center High School who won teamed with Jack Swihart to win the Anglers of the Year by the Michigan BASS Nation and the Michigan Youth Bass Fishing Association in 2021.

Chad is the local owner of Clark Lake Plumbing. 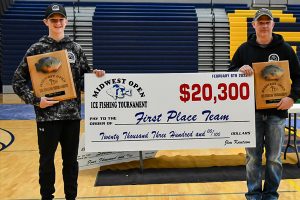 Rylan has been fishing for 10 years and has experience at all of the local lakes.

“We fish all over the place,” Rylan said.

Nolan Arthur and Robert Shirey finished second in the tournament to earn $4,000. The duo finished with a total of 10.48 pounds of fish.

Former champions Jim and Glenn Martin – another father and son combo – finished third with a total of 9.92 pounds of fish.

The big bluegill winners were Nathan Parkhurst and Dan Hartley and Jake Meek and Keith Kniffen with a total of .82 pounds.

Sean Brafford and Brody Brafford won the big crappie with a 1.33-pound fish.

The annual tournament handed out more than $40,000 worth of cash and prizes.

The top 20 teams and former champions will be invited to the 2023 tournament.

“We are a bit rusty, but we are going to pull it off,” Tom Knutson said last week before the tournament. “We are right in the middle of a busy stretch at the store and our crew is exhausted.”