Storage of fireworks leads to issues for village 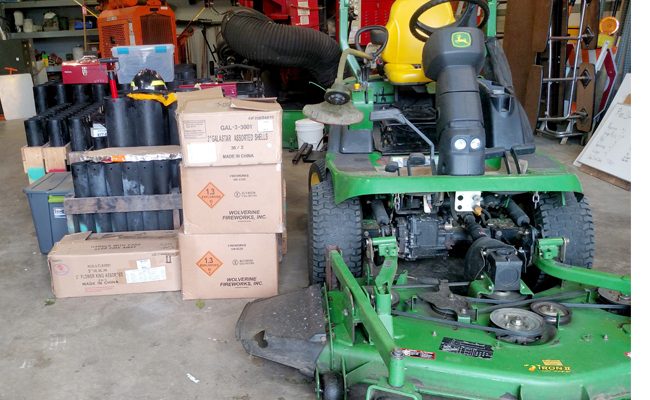 Above: Cases of fireworks that were stored in the Brooklyn DPW garage led to an investigation by the department of Alcohol, Tobacco and Firearms in 2017.

Fireworks could be jeopardized

The Federal Department of Alcohol, Tobacco, and Firearms investigated the illegal storage of explosives in the Brooklyn Department of Public Works garage two years ago, resulting in a letter of reprimand for an employee and highlighting a lack of communication between Brooklyn Village Manager Jae Guetschow and the elected officials to which he is responsible to report.

The episode may have long-lasting consequences when it comes to how residents celebrate Independence Day in the future.

The incident was brought to light at the Village of Brooklyn January 14 meeting by business owner Tom Knutson, who directly asked council members about the 2017 visit by the ATF to the village garage during public comment.

Knutson is one of the owner/operators of Knutson’s Sporting Goods. He is not a resident of the village, but has been vocal in his criticism of the village layer of government, and has been actively exploring how it can be dissolved.

When Knutson asked about the incident at the Jan. 14 meeting, Village President J.B. DeJeu said it was a personnel issue, and he would need to seek legal counsel before making public statements.

According to the information received, on Aug. 30, 2017, the village received a complaint from DPW employee Chris Bowman against Director of Public Works Keith Kotsch regarding the illegal storage of fireworks in the DPW garage. Bowman said in the letter that the possession of explosives is clearly prohibited and specifically addressed in the employee handbook. He said that four cases of commercial grade fireworks had been stored at the garage from July 5 2017 until July 31, 2017, at which time a field officer from the ATF showed up at the garage.

Kotsch is a licensed pyrotechnician, and is instrumental in providing local fireworks displays in both the Village of Brooklyn and Lake Columbia. The firework shows are not an official village activity, though the village counsel has knowledge of them.

Consider us your daily online newspaper.

Apparently Guetschow did not think that the contact by the ATF warranted reporting. In a memorandum dated Aug. 20, 2017 to members of the Village Personnel Committee, Guetschow stated that he had been made aware of the storage of leftover fireworks when Kotsch reported the incident to him on July 31, 2017, but had failed to initiate any contact (with personnel committee members or Village President DeJeu) until August 25, when Bowman (at his request) met with DeJeu and Guetschow.

“J.B. advised that I should have reported the violation to him immediately on July 31, 2017, and that disciplinary action was indicated against Keith,” said Guetschow in the memorandum.

Kotsch received a written reprimand on Aug. 28, 2017, which will remain in his personnel file.

The visit by the ATF was never mentioned in a public meeting in which the Brooklyn Exponent was present.

When speaking with the Exponent on January 25 for this story, Bowman said he thinks the punishment was inadequate, and that Kotsch should be fired. “He put my life in danger. He put all our lives in danger,” said Bowman.

What will happen to the fireworks in the future?

For years, the Brooklyn fireworks show was put on by village resident and businessman Rich Turner, in what became a collaborative effort with the Brooklyn-Irish Hills Chamber of Commerce. Turner obtained the fireworks, prepared them for the show, and he and other volunteers set them off. Chamber of Commerce officials helped obtain the funds and cover liabilities through donations from local businesses and residents.

When Turner retired, Kotsch, who was then active with the chamber, took it upon himself to continue what he calls “a Brooklyn tradition.”

“It is such a good thing for this community,” he said January 25. “I hated the idea of it ending.” He took the required classes and began spearheading the effort.

While Kotsch was initially supported by the chamber, its Board of Directors eventually decided that they could no longer back the project due to the associated liabilities. There was a lawsuit that stemmed from a woman getting injured during the show (from a sparkler) several years previously, and an unplanned explosion of some of the fireworks at another show worried members.

Kotsch took over the project, including the fundraising.

Kotsch said that the fireworks that were stored in the garage from July 5 through July 31 2017 were left over from the July 4 show due to a clerical error, and went back to Wolverine Fireworks.

When asked if he would continue to put on the show, Kotsch said he was finished.

Unless someone, or an organization, picks up the project, this July 4 may be the quietest Brooklyn has seen in 50 years. 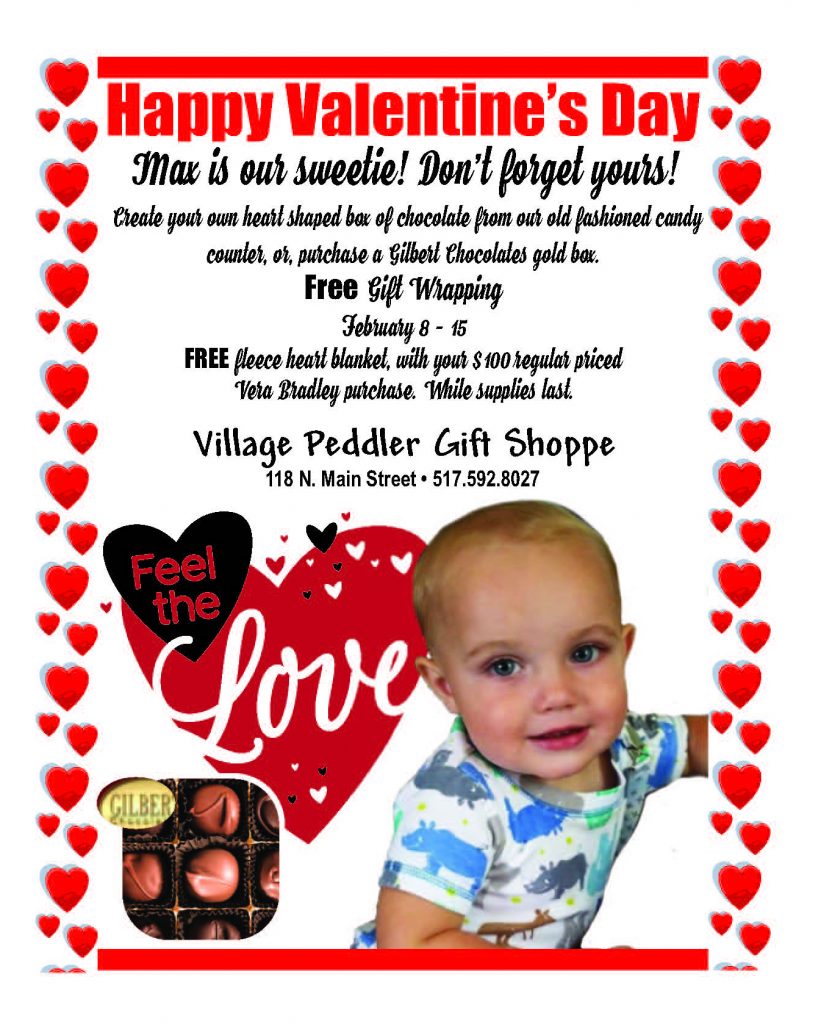