In Pictures – Columbia Central Versus Onsted 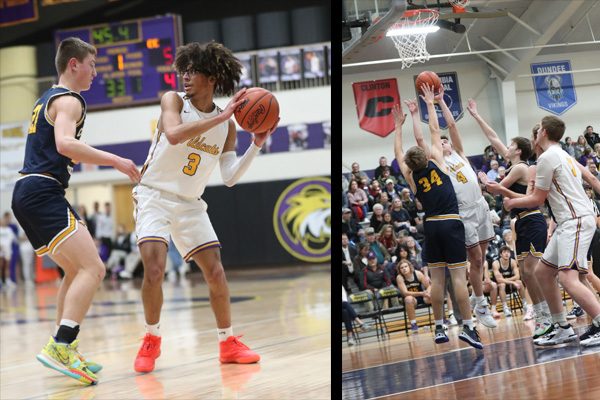 Story and photos
by Paul Snyder

The Onsted Wildcats continued their dominating ways in the 2021-2022 LCAA Conference race January 28th, with a 72-34 homecoming win over archrival Columbia Central. The victory allowed them to remain perfect at 8-0 and increased their lead to a three-game advantage over the second place (5-3) Columbia Central Golden Eagles. 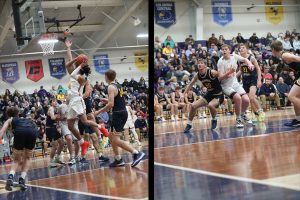 Seniors Harry Moore and Dayton Henagan combined for 11 Wildcats’ points in the opening stanza to get Onsted off to a 20-5 first-quarter lead. In the second quarter, two freshmen led the show, as Wildcats’ JT Hill and Aidan Paquin teamed up for 19 of Onsted’s 23, second-quarter points, as the Wildcats raced to a 43-17 halftime advantage. They went on to outscore the Eagles 29-17 in the second half to take their fourteenth straight win for the season. 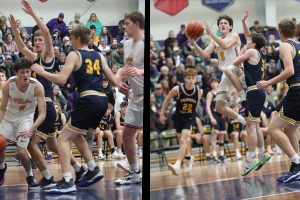 Hill finished the game with a career and game-high 19 points to lead all scorers as the Wildcats had four players score in double figures. 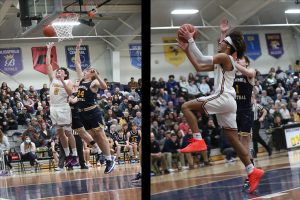 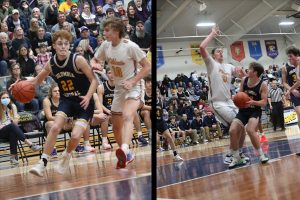 Jacob Walker led Columbia’s scoring with 9 points, while Cody Richardson had 7 and Ethan Stewart 6, as the Eagles fell to 5-6 overall on the season. 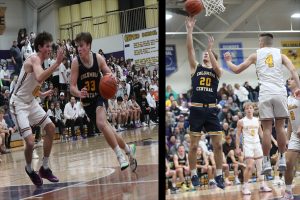 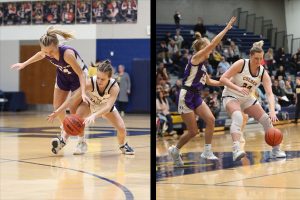 The Eagles’ held a slim advantage most of the game but were never able to put the Wildcats out of reach until the final minute of play. 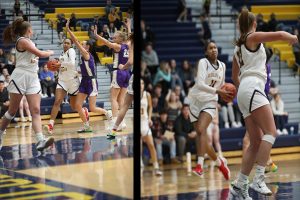 Columbia held a slim 12-11 lead after the first minutes of action.

The Wildcats tied things at 19 all with 2:10 left in the half on a 3-pointer by Hailey Freshcorn, only to have Columbia’s Abby Keller answer with a 3-pointer for the Eagles. 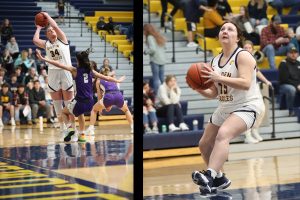 Onsted then scored four straight points on a pair of free throws from Liz Hill and a put-back basket by Kaylei Smith that put the Wildcats on top 23-22 with less than a minute to go in the half. However, Zoie Bamm scored on a put-back basket with 20 seconds left in the half to put Columbia back up by 1 at halftime.

Onsted was within two of the Eagles 33-31 with a little more than two minutes left in the third quarter only to have the Eagles finish the quarter with a 6-2 run to go up by six 39-36. 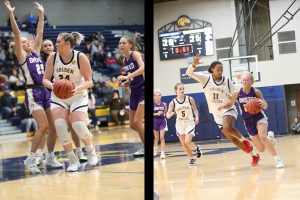 Bamm opened the fourth quarter with a put-back basket and after the two teams traded 3-pointers, Tadassa Brown hit one of two free throws, and another basket by Bamm gave the Eagles’ an 11-point advantage with 2:12 to play.

But the Wildcats weren’t about to go home without a fight. Freshcorn hit a pair of 3-pointers between a bucket by Bamm, and a free throw by Smith got the Wildcats back within 6 (49-43) with a minute to play. 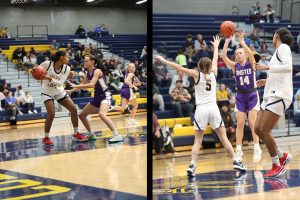 Brown added another free throw to the Eagles’ score with 22 left and Freshcorn would drill three free-throws with five seconds left to get Onsted within 4 (50-46).

Bamm and Brown combined for 34 of the Eagles’ points, with Bamm scoring 19, pulling in 10 rebounds and blocking 3 shots. 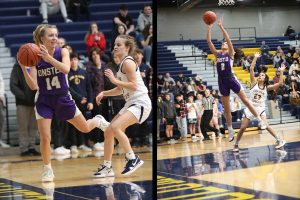 Brown had 15 points, grabbed 11 rebounds, blocked 2 shots and made 3 assists while McCollum hit a pair of 3-pointers, scoring 9 points, making 3 steals and 3 assists.

Wildcat Hailey Freshcorn led all scorers with 20 points, knocking down four 3-pointers and going 6-6 from the free-throw line.

Kamryn Ross added 7 points connecting on one 3-pointer and going 4-4 from the free-throw line. Altogether the Wildcats sank seven 3-pointers on the night and went 13-18 from the line as a team.