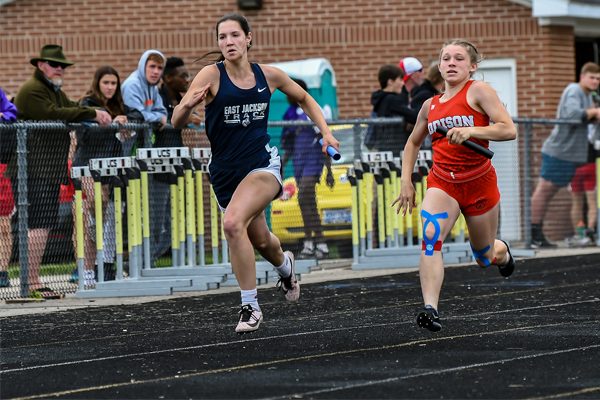 Addison High School athlete Alexis Chapman spent most of her senior year doing rehab and getting ready for the 2022 track season.

On Saturday, May 21, all of the work paid off for the AHS senior.

Last year Chapman was recovering from an ACL and meniscus tear from a basketball injury.

“Track is what I was waiting for,” Chapman said. “I didn’t play basketball and only ran a couple of cross-country races last fall.”

The Panther athlete ran the 800-meter relay in 1 minute, 50.82 seconds. Chapman runs the second leg on a team that includes Ally Beougher, Alaysia Allen, and Molly Brown. (more below)

“We worked really hard on our handoffs this week,” Chapman said. “We are only a second away from the school record in the event.

“Molly Brown is a great anchor leg as she hates to lose.”

Chapman said the Panthers worked all spring to have a chance at another regional title.

While Chapman is a soft-spoken polite young lady, she is also a stalker.

“I look at athletic.net every night looking at other team’s time,” Chapman said. “I compare times of the other teams in our events.”

Chapman has the Cascades Conference meet on Tuesday, the Lenawee County Meet a week later, then the MHSAA state finals on June 4. She plans to attend Ferris State University this fall but doesn’t expect to run track.

“This is it . . . it took nine-plus months to get back (into shape with her knee),” Chapman said. “Sports makes you a better person as you can cheer on other teams and athletes and make new friends.”