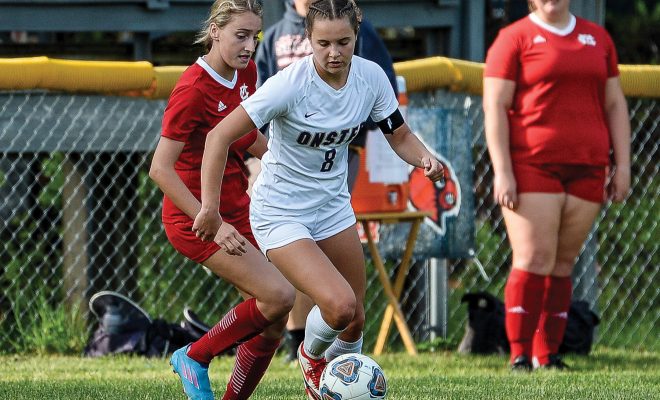 Onsted High School athlete Bailey Brandly made the move to Onsted more than seven years ago.

Now, the high school senior is ready to make a move to a warmer climate to play soccer.

The senior has been working toward playing college soccer since the age of three, playing the sport all year in various capacities.

“I love the speed of the game and scoring goals,” Brandly said. “We had a pretty good year (this season).”

But this wasn’t the only sport in which speed has helped Brandly. She competes in sprinting events for the Wildcats track and field team running the 100- and 200-meters and being a part of the 400- and 800-meter relay teams.

She also high jumps for the Wildcats.

Brandly prepared herself for double duty by participating in the school’s powerlifting club this winter. She also played indoor soccer to keep those skills sharp.

Her family moved to the Onsted area from Taylor, in 2015 – just before middle school.

“I guess I got through it,” Brandly said of the transition from city life to country life and the pressures of moving to another school district. “Onsted is small, but a nice town.”

Brandly said the climate of Georgia and not having to endure Michigan winters inspired her to choose Brewton Parker.