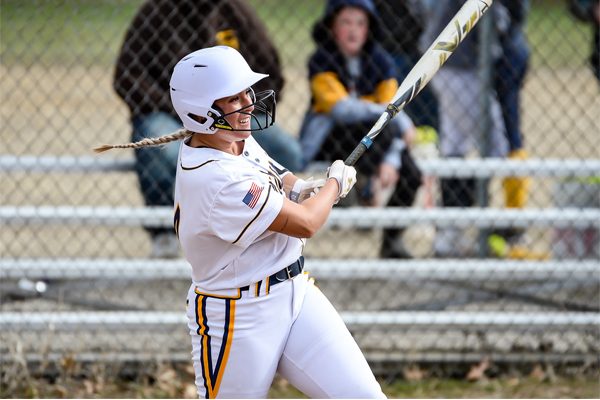 Tompkins learns the value of hard work and fiscal responsibility.

Some high school graduates plan to go to college and live at home during the summer to save money.

Others get into the workforce and eventually move out of the home they have inhabited over the years.

Columbia Central High School athlete Kenadee Tompkins plans to do both as she will attend Jackson College to study nursing, work, and move into an apartment.

The senior has already learned the value of a dollar and working hard on and off the field.

Tompkins will get an apartment later this month, continue to work and attend Jackson College on a softball scholarship. (more below) 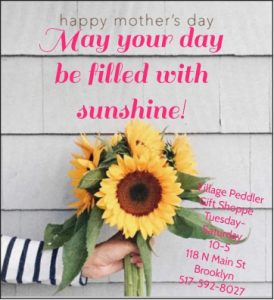 She may be years ahead of her fellow graduates in her thinking.

“It was scary to me (the amount of money it takes to attend a four-year college),” Tompkins said. “I saw that with my brother.”

Before the real-world hits Tompkins, she has a senior year of softball to complete. The Golden Eagles are off to a 10-3 start having started the season winning seven consecutive games.

CCHS was stifled by the weather last week and other factors that postponed a number of contests.

The senior is hitting over .500 with four home runs and nearly 20 RBIs in 13 games this season.

She has four errors in the field, probably from throwing the softball too hard from the shortstop position.

Tompkins said last year a teammate asked her to stop throwing the ball so hard across the diamond in practice. Tompkins said she only knows one speed on the volleyball court and softball diamond. (more below)

But the senior has noticed a change in the Golden Eagles this season. More wins will do that for a team.

“As a team, we have gotten a lot better,” Tompkins said. “It is exciting to see.” (more below)

Tompkins said she made it to every softball workout at CCHS despite working and playing volleyball. The Golden Eagles are coached by former CCHS and Jackson College player Kylee Cochrane.

Tompkins likes her style as a coach.

“She (Kylee) has really high standards . . . and she doesn’t let things go,” Tompkins said. “It is straightened out right now.”

“I was so sad after losing to Monroe,” Tompkins said. “That was the best team I have ever played on.”

“I loved that team because we held our own with every team (that they played.”

She has learned some valuable lessons along the way thanks to sports.

“Sports teaches you about leadership and being a good teammate,” Tomkins said. “You can always get through tough situations.” 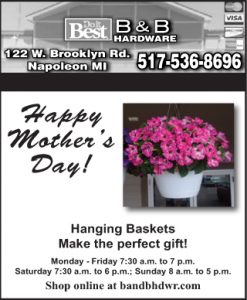