Local woman could be Greatest Baker 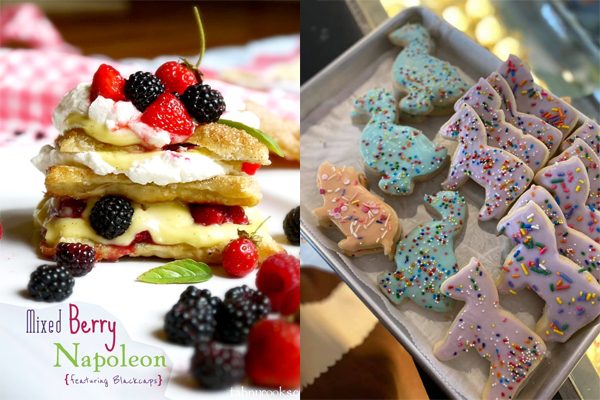 A local woman is hoping to be named the Greatest Baker and help her animal rescue farm – as well as hungry children – in the process.

In The Greatest Baker, bakers from all over the world are invited to compete in the world’s largest online competition. The winner will receive worldwide recognition as The Greatest Baker of this year’s Spring competition and be featured in Bake from Scratch Magazine, in addition to taking home $20,000.

Tahny Lowry entered the popular contest as a long shot. “There were more than 10,000 applicants,” she noted. But the Hanover-Horton native was undaunted, and her persistence is paying off. She is a finalist but notes that she is currently in second place.

The winner is chosen by popular votes, which can be done at GreatestBaker.com. Voters can either vote once a day or vote a “Hero vote” by donating to No Kid Hungry. For every dollar donated, recipients receive 2 votes. Those wanting to give her a little love can vote here. 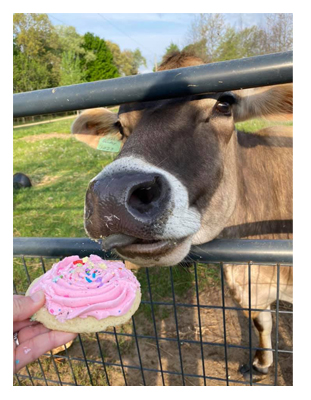 Above: No, Tahny Lowry does not normally feed her rescue animals sweets, but the photo does tell the story how success with the baking competition could supplement the family’s rescue farm.

Lowry is well known in the community. She and her husband, Kent, operate a rescue farm in the Hanover area and have goats, sheep, cattle and other animals. They also raise llamas and alpacas, and their farm is a popular spot for people to visit. She noted that $20,000 could go far in helping meet expenses around the farm.

Of course, Lowry is also a pretty good baker and chef, and her delicacies have to be seen to be truly appreciated. Check out her creations at Greatestbaker.com/2021/tahny-lowry. Then, give her a vote! Who knows, it may be your vote that puts her over the top.

But readers need to hurry. The contest ends Thursday, June 10 at 10 p.m.