Loss of local priest will be felt for a long time 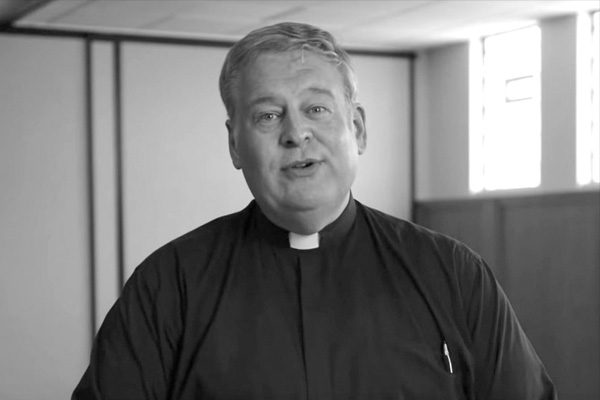 Father David Hudgins, who passed away in a tragic rollover accident last Monday, will be missed by many.

A Brooklyn man died from wounds received in a single-vehicle accident on U.S. 127 Monday.

Blackman-Leoni Department of Public Safety officials responded to U.S. 127, between Page Avenue and South Street in Leoni Township for a single-vehicle rollover crash at 8:29 Monday morning.

Officials say Fr. David Hudgins of Brooklyn was northbound in a 1999 Dodge Ram truck when he lost control on the icy road, went through the median, rolled over and landed in the southbound lanes of U.S. 127. The 53-year-old was pronounced dead at the scene. He was the only occupant in the vehicle, and no other vehicles were involved.

The sudden nature of Fr. Hudgins’ death has left members of the St. Joseph Shrine – Brooklyn stunned. (more below)

“He was a great pastor,” said St. Joseph Shrine Deacon Eugene Hausmann. “He was a real spiritual father to all of us.”

Hausmann described Fr. Hudgins as “a pastor whose preaching was outstanding and whose homilies always grabbed people’s hearts.”

“We loved him so much,” said Hausmann, noting that Fr. Hudgins had two positions in the Lansing Diocese: that of Pastor at St. Joseph Shrine as well as that of a judicial vicar in Lansing.

In fact, Fr. Hudgins served three years in Rome as a canonical lawyer, interpreting church law for all types of litigation, said Hausmann. “[Officials in] Lansing recognized his brilliance and brought him there to be their top lawyer.

“He was just a brilliant guy.” 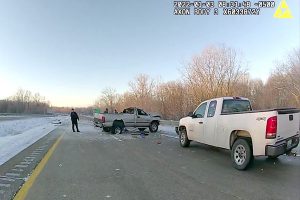 Scene of the rollover on U.S. 127 between Page Avenue and South Street.

“He was probably the smartest guy I ever knew,” said Kortas, “but he was a regular guy, too. He loved the outdoors, hunting and fishing and all that.”

Kortas said that Fr. Hudgins grew fond of rowing as part of a crew team while attending William & Mary. “He had a small boat he took all over the state. He rowed in all the Great Lakes, and a lot of smaller ones.”

“He was just a wonderful guy,” said Kortas, noting that when it came to playing trivia, Fr. Hudgins was tough to beat.

Kortas said a small group from the church including Fr. Hudgins recently visited a local winery and easily won the trivia contest. “Having him along was like having a ringer,” said Kortas.

But Kortas said he was much more than just a smart man. (more below)

“We were buddies. He was a wonderful guy. Yes, he was brilliant, and yet he still liked hanging out with a guy like me.

“We are really going to miss him.”

Fr. Thomas Helfrich of St. Rita’s Catholic Church at Clarklake said that Fr. Hudgins’ death will leave a void, but added that Fr. Hudgins wouldn’t want parishioners to linger too long in mourning. “I’m pretty sure that if he could come back for a minute and address us, he would say ‘Get to work. Make it happen. Let your faith be your power and strength.’”

Fr. Helfrich attended a memorial service at the Shrine that he described as “powerful, and hopefully a little healing.”

He noted that what happens next at St. Joseph Shrine regarding getting a replacement priest depends on the Bishop, who has limited personnel. “I am sure there will be folks to fill in and keep masses going,” he said. According to Deacon Hausmann, the church services around 300 families.

The Blackman-Leoni Department of Public Safety Accident Reconstruction Team is investigating the crash, but it appears that slippery roads were the primary culprit. Officials warned people to be cautious as they travel during the winter months, even after a light snow.