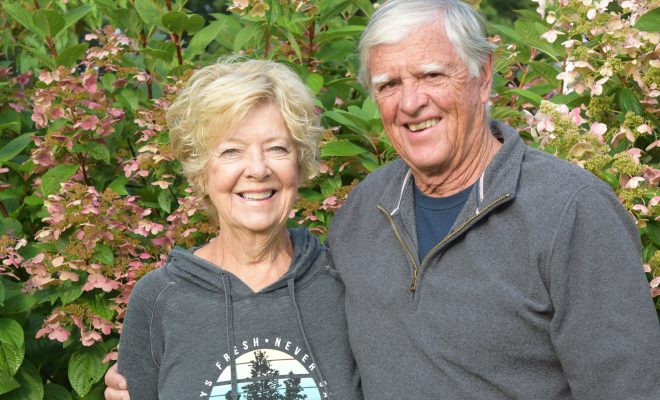 Mike and Sandy Hill were noted for their hard work for turning Brooklyn’s nine hole golf course into an 18 hole gem.

A few weeks ago we asked readers “Who is the hardest working person you know?”

Brooklyn’s John Messimer couldn’t name just one. He noted that Mike and Sandy Hill, who purchased the former Brooklyn Golf Course and turned it into a great venue for the community, both work as hard as anyone he has ever known.

“During the week you’ll find them keeping the golf course in great shape. Sandy will be mowing and weeding, while Mike might be fertilizing and placing hoses. Or both might be trimming trees and hauling brush,” he said, of the couple’s willingness to get down and dirty with whatever task needs to be done.

“Hills’ Heart of the Lakes Golf Course has always been in premier shape led by Sandy and Mike,” said Messimer.

Truer words have rarely been spoken. After a successful PGA career in which Mike won three tournaments, Hill went on to win 18 times on the Senior PGA Tour (now the Champion’s Tour).

After purchasing the nine-hole course in Brooklyn, the couple clearly had a vision. They consistently made improvements, adding trees, shrubbery and landscaping. They eventually put in a back nine that is challenging enough to test the serious golfer yet not so impossible as to take away hope for the novice. (More below)

The couple obviously takes pride in the appearance of the manicured course.

“It is like a park,” said Mike, looking around.

Their daughter Kristen Hill now runs the course and was happy to learn of her parent’s mention as hard workers.

“They so deserve it,” said Kristen. “They really do work hard.”

So, the question begs, how much does she pay her parents to stick around and work on the course?

“I make them lunch,” she said with a laugh.

Incidentally, Mike noted that they are just finishing one of their best years at the course. The 18-hole venue remains open into the fall until the weather turns. To learn more or make a tee time, check out their website at Hillsgolfcourse.com.