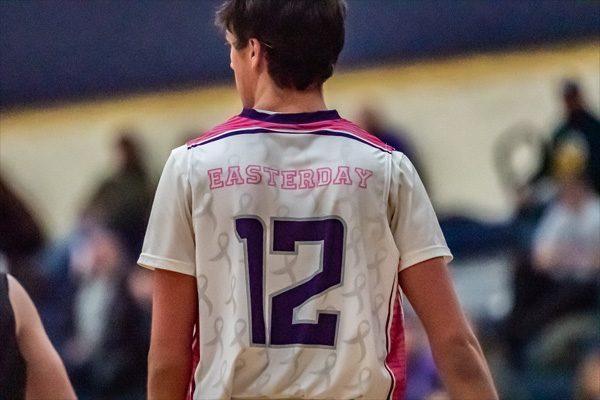 Coaches vs. Cancer game brings the community together and unifies the team with residents who have, or are, battling cancer.

Several jerseys worn by the Grass Lake Warriors sported the names of friends and/or family members who have fought or are fighting cancer, like this one pictured above, worn by Jack Easterday honoring Barry Easterday.

The Grass Lake Warriors recently pulled together a successful “Coaches vs. Cancer” event, raising more than $3,000 for the American Cancer Society while honoring 12 special community members who have fought, or are fighting, cancer.

Boys’ varsity basketball coach Kyle McDaniel contacted the American Cancer Society, then recruited the support of the Warrior Booster Club and the community at large for the January 13th basketball game. With the help of several game sponsors, the varsity team wore special jerseys with family and community members’ names on them – special individuals who have fought or are fighting cancer. 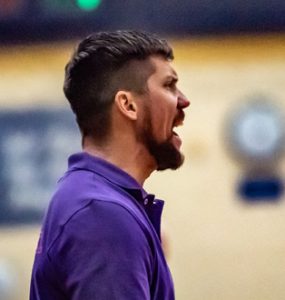 A special presentation post-game allowed the players to recognize and acknowledge their sponsors and present their jerseys to the sponsor families.

Coach McDaniel says the night served as a testament to the “great group of young men in the program and a great community that surrounds them.” He credited Warrior Club President David Wright and Fundraising/Concession Chairperson Kim Wright for the event’s success. “They truly led the efforts for the night’s fundraising game.” 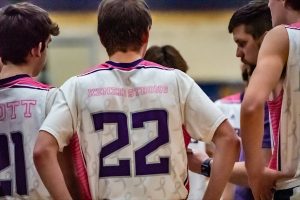 Players and coaches alike were invested in the game, charged with a desire to “fight back” for the people in their lives who face cancer. (See the game results in a separate story below.) 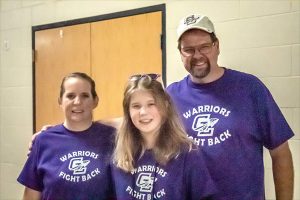 David Wright (right), President of the Warrior Booster Club, with his wife Kim (left), Warrior Club Fundraising/Concession Chairperson, and daughter Brooklynn (center). Coach Kyle McDaniel credits much of the success of the event to the boosters.

“The community came out to support their Warriors who played hard and together,” says McDaniel, whose enthusiasm showed during the game. The Warriors defeated Addison 58-42.

Wright says the support and encouragement from the community were tremendous. “We help get the train rolling, and Warrior Nation just jumps on to help,” he said.

The game included a 50/50 raffle, half-court shots, and Warriors Fight Back t-shirts for purchase. The game was well-attended; the student section was especially supportive and encouraging throughout the event. (more below)

Story and photos
By Paul Snyder

After coming up two points short at Hanover-Horton 43-41 on Tuesday, January 11, the Grass Lake Warriors came back with their best showing of the season on Thursday, January 13 at a special game at home. The Warriors won their Coaches vs. Cancer game 58-42 over the Addison Panthers. 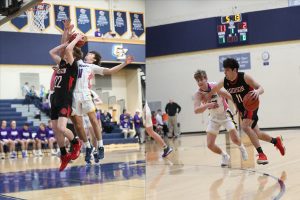 Freshman Brayden Lape came out on fire in the first quarter, hitting three triples and a pair of two-pointers to spark the Warriors, while Gus Vitale and Blake Stark chipped in four points each and Kahner Tripp hit a 3-pointer as Grass Lake raced to a 24-11 first-quarter lead. 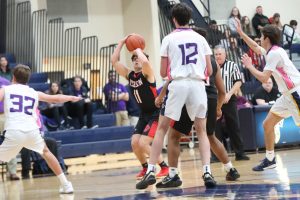 A basket by Panther Spencer Brown and a pair of free throws by Kobe Farrow in the first two minutes of the second half got Addison back within 7, but the Warriors went on a 14-0 run with Lape scoring 8 straight points and Conner Lewis and Stark hitting back-to-back three to put the Warriors up 45-24. Jaxen Sword broke the Panthers’ scoring drought with a basket with little less than a minute to go in the quarter to make it 45-26 going into the fourth quarter, but it was too much for Addison to overcome. 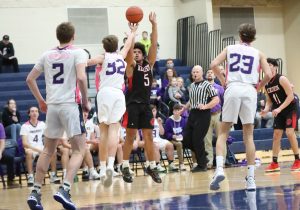 The Warriors led by as much as 24 with three minutes to go before the Panthers finished the game with a 10-2 run.

Lape led all scorers finishing with 23 points, while teammates Zeke Dublin had 9, Stark 7 and Tripp 6 points for the Warriors. 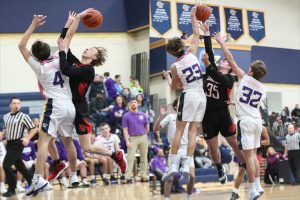 Spencer Brown was 5-6 from the free-throw line and had 13 points while Farrow scored 9, and Zac Conley and Zachariah Stephens had 6 points apiece for the Panthers.

Tuesday night at Hanover-Horton the Warriors battled back from seven points down (34-27) after three quarters and rallied in the fourth quarter but could not catch the Comets coming up just short at 43-41.

Lape had 13 points to lead Grass Lake. (more photo’s below) 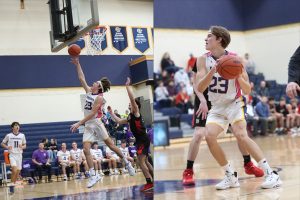 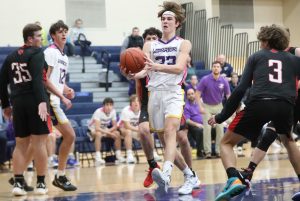 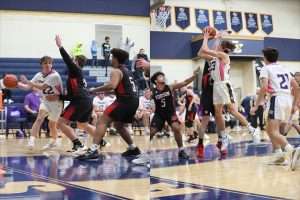 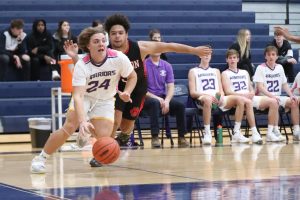 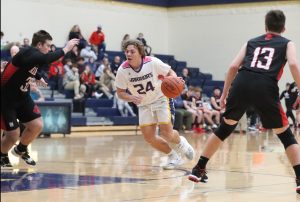 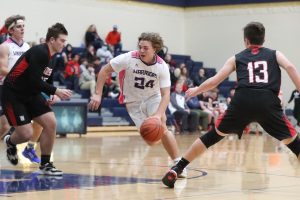