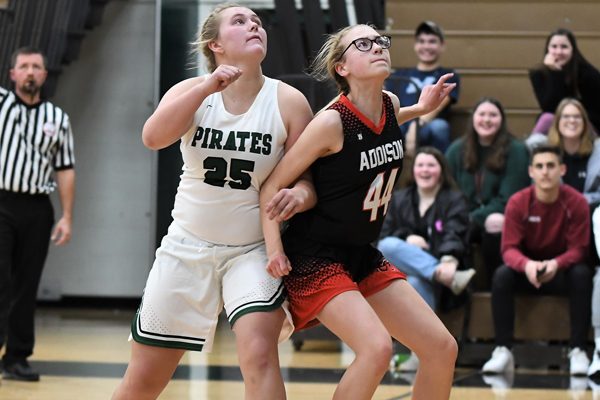 By Jeff Steers
For IrishHillsLive.com/The Exponent

The late Princess Diana was credited with saying, “Carry out a random act of kindness, with no expectation of reward, safe in the knowledge that one day someone might do the same for you.”

Napoleon High School senior Kenzie Reason is a good example of that.

Reason was part of a small group that orchestrated a Wellness Day in early November at NHS.

Students met twice a week during the summer attempting to attract guest speakers to discuss a wide range of issues including social media, addiction, sexual assault, suicide awareness and others.

Reason said the day-long program helped students realize that there is help out there and others have pulled themselves out of negative situations to create better lives.

The senior may use some of the information to help stay positive during the COVID-19 pandemic. Reason was a senior on the varsity softball team preparing for another season when Gov. Gretchen Whitmer postponed school for the remainder of the season. When the Michigan High School Athletic Association followed suit and canceled the spring season, Reason and thousands of other student athletes lost their last hurrah.

The senior found that her relations with student through being the NHS Student Council president and president of the 2020 class has benefits – besides helping others.

Reason was named at the 2020 winter homecoming queen.

“It was really awesome to go out and help others,” Reason said. “When I won homecoming queen, I realized that I did play a part in a lot of student’s lives.”

But her senior season did not end like a fairytale. The COVID-19 pandemic ended her softball season – her fourth in the NHS program.

Like a lot of student-athletes, Reason believed the time off of school would be short and the Pirates could continue with the spring season.

“I thought we would have a shortened season … I never believed it would be canceled,” Reason said. “This pandemic has taught us that our health is No. 1 and has helped bring communities together.

“I have learned not to take things for granted.”

Reason remained busy while at NHS, playing golf, volleyball, basketball, and softball during her four years in high school. In between, she has taken four to five high school classes and two online classes at Jackson College.

She is enrolled in Jackson Early College and will take classes in Jackson for another year. Reason said she is expected to have her associate degree next spring because of the program.

“I think I could have played college softball,” Reason said. “But I turned down those options to complete the program at JC.”

Reason maintains a 3.5 grade point average and expects to transfer to Eastern Michigan University to study teaching. She would like to become a physical education teacher.

“I would love to coach Little League and someday become a high school softball coach,” Reason said. “Sports teaches you to be a leader in every situation and become a better person.

“You form a lot of relationships because of sports.”

Reason would have finished with nine varsity letters over the last three seasons.

She also received the Cascades Conference Senior Scholar Athlete Award for her sports and academic achievements.