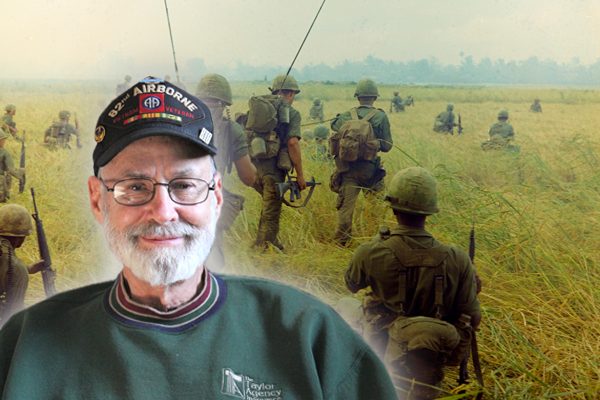 How this Onsted veteran overcame the nightmares of war, and is now helping others do the same.

“I got married on Saturday and then left for service on Monday,” Onsted veteran Don Behm, said. He had been drafted into the U.S. Army Jan. 15, 1968. Behm was assigned to Company C, first of the 505th, 3rd brigade 82nd Airborne division. This brigade was attached to the 101st Airborne at Camp Eagle in the demilitarized zone at the time Marines fought their way into Hue, Vietnam. However, soon the 82nd was ordered to cover the Marine’s flank in battle.

“I was there a month and we lost our Second Lieutenant Forward Observing,” Behm recounted. “I grabbed the radio and stepped in.” From then on, he traveled as part of the three-to-five person command unit.

“We were a helicopter assault unit. They’d pick us up, sometimes three times a day to go in. Most of the time we didn’t land on the enemy, but sometimes as soon as we got off the chopper, we were in the fray,” Behm said.

Want to read the rest of the story while supporting local journalism?