Onsted senior excels on, off track

Above: Onsted High School hurdler McKenna Russell is a two-time state champion at the 300-meter hurdles.

Three years ago, then Onsted High School sophomore McKenna Russell knew that she could run a fast 400 meters, that she liked to jump, and that she had sprinter’s speed.

That was two state championships, seven all-state medals, and a lot of wins later.

Russell, an OHS senior, won’t get another chance to make that a three-peat in the 300-meter hurdles. Like a number of high school seniors, Russell’s track and field season and career was cut short due to the coronavirus. The governor canceled school in early April and the Michigan High School Athletic Association followed suit a couple of days later.

School attendance was postponed in mid-March by Gov. Gretchen Whitmer.

“Lenawee County cases were not that bad at that point,” Russell said. “I thought we would be back in school soon.

“I received a text letting me know spring sports were canceled.”

Russell started her track and field career as a sprinter, middle-distance runner, and a long jumper.

She tried running the hurdles as a sophomore at the urging of a coach.

“Our coach asked me to try the 300-meter hurdles and I guess I was pretty good,” Russell said. “With the urging of my coach, I kept trying to get better in the 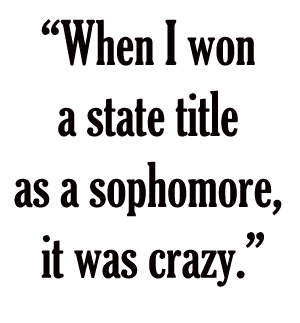 Russell was already a sprinter and ran on the 1,600-meter relay team. She knew that running fast for 400 meters was possible.

“I worked hard every day in practice on the hurdles,” Russell said. “I made an extra push at the end of the season.

“When I won a state title as a sophomore, it was crazy.”

Russell backed that up with three medals at the 2019 state finals including first place in the 300-meter hurdles (45.81), was a member of the 800-meter relay team that placed fourth, and ran on the 1,600-meter relay team at finished third.

But one thought stuck in her craw for the 2020 season.

“My goal was to beat the school record in the 300-meter hurdles,” Russell said.

Naheed Irani was also a two-time state champion in the 300-meter hurdles. She won the hurdle event in 44.49 seconds as a senior in 1990 – a Class C state record at the time. Irani also won the Class C title in 300 hurdles in 45.23 seconds as a junior.

Onsted won the Class C team title in both seasons.

“I was so close to the record last year at 45.15 seconds,” Russell said. “I understand with what is going on these days … we all need to be safe.

“But we will never get this season back.”

Russell signed to run at Siena Heights University and she expects to study child development. 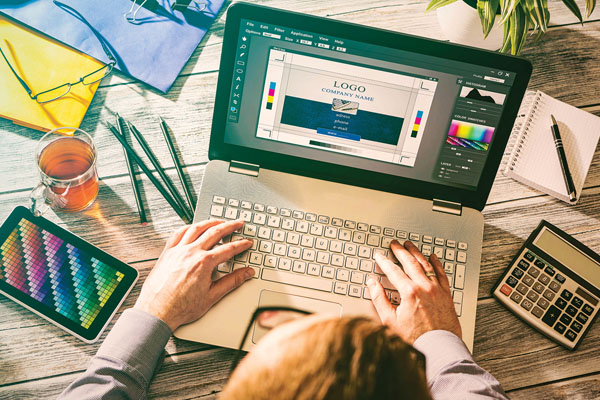 The Exponent/IrishHillsLive.com is looking for a graphic designer to join our team and help us tell the story of Brooklyn and the Irish Hills. We are seeking an individual with an ability not only to create advertisements, but to design pages, post stories online, and help our customers accomplish their online and print goals.

Candidates must have experience with either Quark Express or InDesign and Photoshop. We will cross train the right individual.

We are hoping to find someone who is also experienced with a variety of social media.