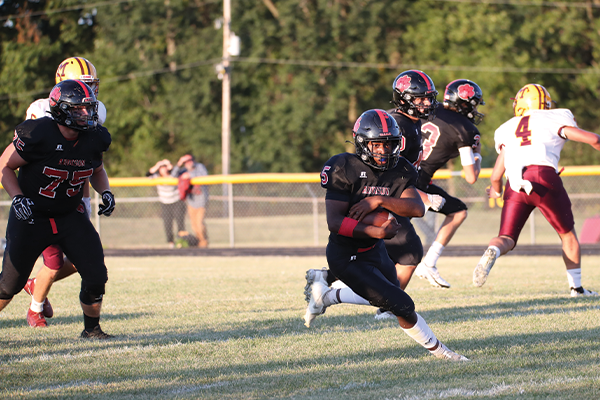 Story and photos by Paul Snyder

The Addison Panthers scored two touchdowns in the third quarter and added another in the fourth to pull away from the Manchester Dutchmen last Thursday night in their Cascades Conference opener at Addison 42-13.

The Panthers held a 20-13 advantage at halftime and took control of the game in the third quarter when they scored on their first two possessions. Keelan Mullin raced 39 yards on the third play of the second half to score and Ryan Worsham set up the Panther’s next score with a 25-yard punt return to the Manchester 28. The Panthers scored four plays later, putting Addison in command 34-13.

Worsham added another 6 points in the fourth quarter with a 9-yard run as the Addison defense held the Dutchmen scoreless in the second half.

The Panthers rolled up 351 yards total offense all on the ground led by Worsham with 125 yards on 10 carries along with Mullin who had 115 yards on 8 attempts and Trumble with 10 carries for 52 yards.

The Panthers travel to Hanover-Horton Friday for an early Cascades Conference showdown with the Comets who are also off to a 2-0 start. 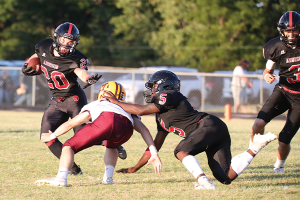 Ryan Worsham prepares to stiff-arm a Manchester defender. Worsham ran for 125 yards on the night. 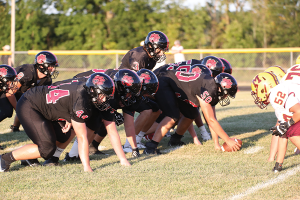 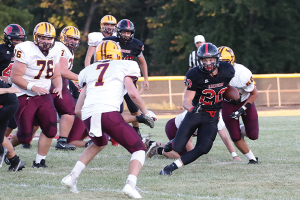 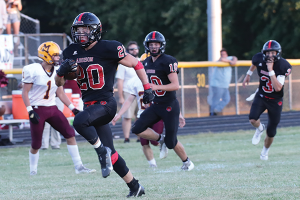 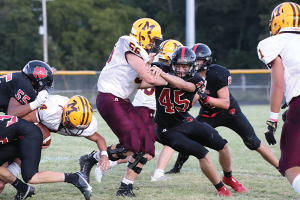