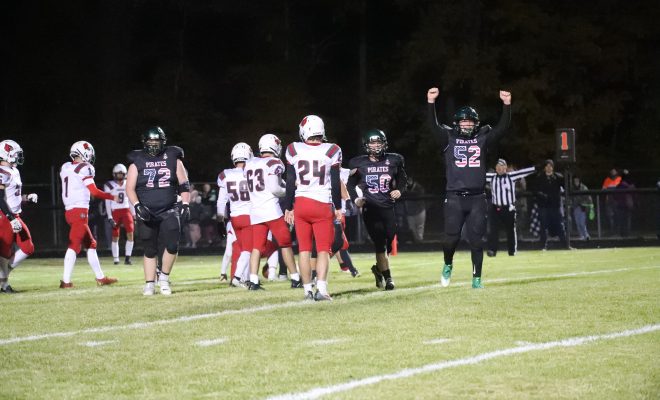 Ben Baker, #52, celebrates after stuffing a two-point attempt by Michigan Center that would have tied the game.

The Napoleon Pirates held off the Michigan Center Cardinals Friday night for a 29-27 win at Napoleon to clinch the 2022 Cascades Conference title.

It’s the Pirate’s first title since 2017 when Napoleon shared the prize along with Addison and Michigan Center. It is their first outright title since 2002.

Pirate Ben Baker came up with the defensive play of the game, stopping Cardinal Mitchell Corwin short of the goal line on a two-point conversion run attempt with three minutes left in the game after Adrien Putnam connected with Corwin with a 26-yard touchdown pass to get Michigan Center within two points. 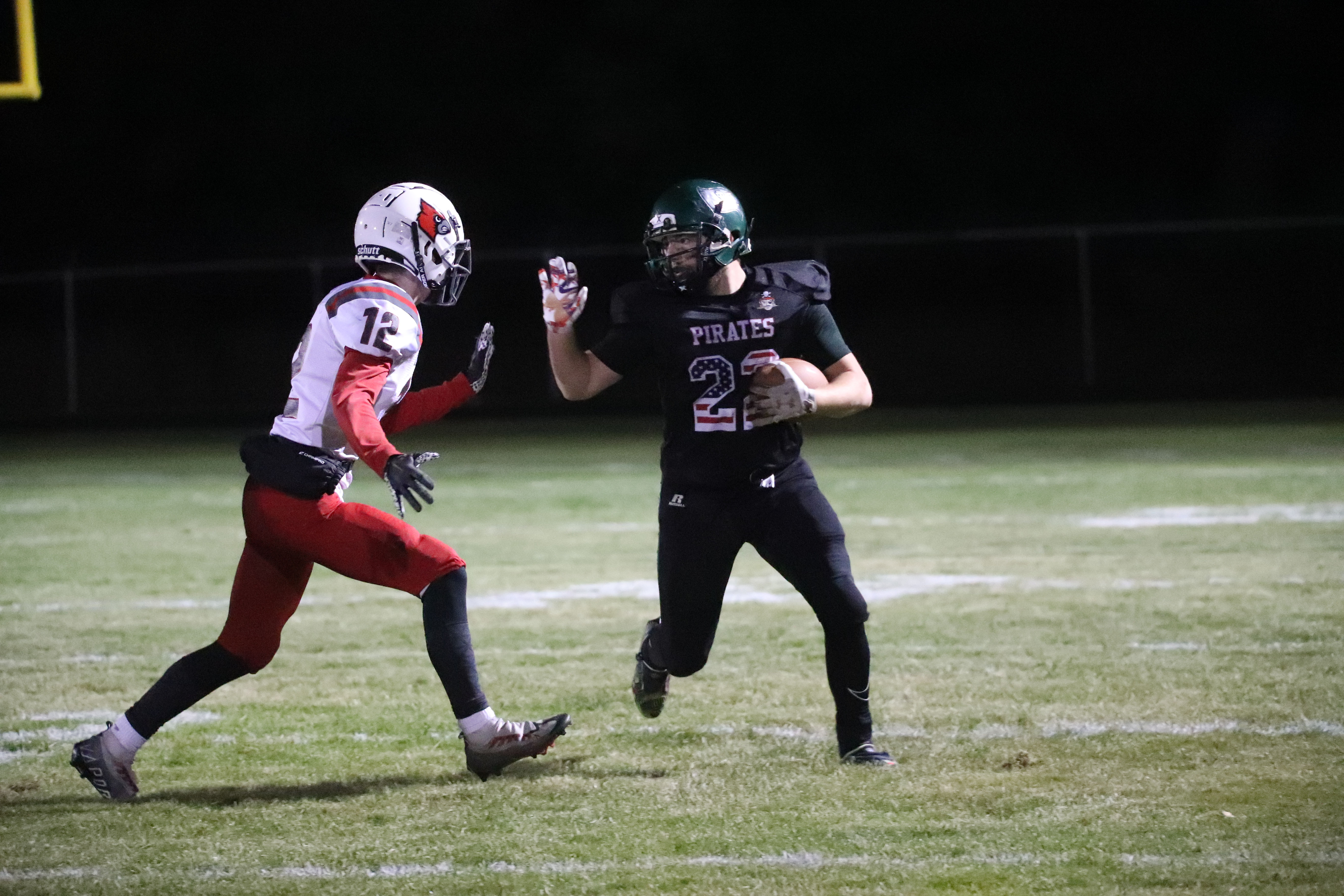 The Pirates set themselves up to win by utilizing their time-consuming run game behind running backs Bart Laretz and Mason Roth. They conducted three long scoring drives to build a 22-13 halftime lead, with Laretz scoring twice from two yards out and running in a two-point conversion, while Roth scored on a three-yard run.

The Pirates added to their lead taking the second-half kickoff and going 68 yards in 12 plays, eating up over 8:30 of the third quarter with Grant Bradley scoring from a yard out on a quarterback keeper and Maggie VanWagnen kicking her third extra point of the night.

But Michigan Center kept hanging around. They wasted little time in getting back into the game, going 89 yards in six plays with Corwin scoring from four yards out and Putnam hitting Ethan Applegate for the two-point conversion just before the end of the quarter to stay within eight.

The Pirates were able to run seven minutes off the clock to start the fourth quarter before turning the ball over on downs at the Michigan Center 45-yard line, where they put together their eight-play drive, which was kept alive by a Pirate penalty, and an eventual touchdown.

The Pirates recovered an onside kick attempt and were able to run out the clock and secure their seventh win of the season.

Laretz was the Pirate’s workhorse, carrying the ball 32 times for 208 yards, while Bradley was 7-9 passing for 90 yards.

Napoleon heads to Addison this Friday to take on the 4-3 Addison Panthers. 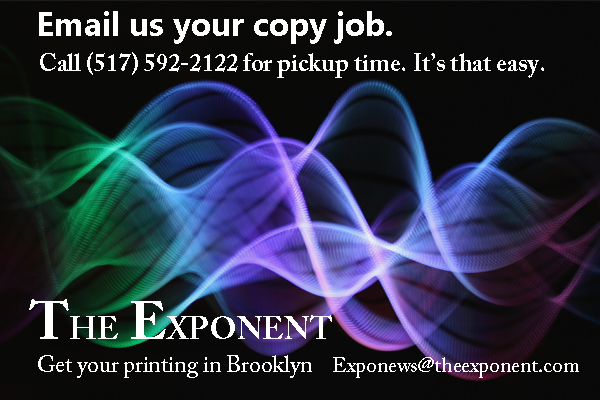