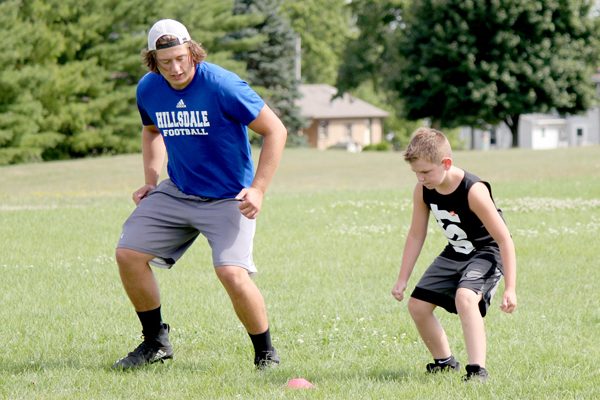 Above,  Will Conrad walks Craig Warner, Jr., 9, through footwork drills.

As the saying goes, “See a need, fill a need.” Will Conrad, 2019 Onsted graduate, predicted a big need this spring as COVID-19 caused a cascade of cancellations. So, in addition to his Hillsdale College summer football conditioning and part-time landscaping work, Conrad decided to make time to mentor young athletes.

He explained, “I’ve always enjoyed football and always wanted to coach. This seemed like a good way to help kids since there were not a lot of camps going to happen because of COVID-19.”

When asked about his family’s reaction to the idea, Conrad said, “My parents were super supportive. They immediately put it on Facebook and my first few were kids of their co-workers and friends.” Conrad worked with eight different players, ages 8 to 15, after the governor’s stay-in-place orders lifted. Most players met Conrad weekly while a handful of players met with him twice a week, and one group every few weeks.

Both players and coach improved their skills. Conrad shared, “Early on I learned I could not work with all of them the same way. I had to change it up based on their ages.” For the younger players, he focused on the basics – teaching the rules and defining a play. He breaks up the flow like adding in a game or run to a touchdown and celebrate midsession “to keep it fun so losing focus wouldn’t be an issue.”

A session for an advanced player includes drills on agility and speed, change of direction, and acceleration. They would explore offensive skills as well as blocking and catching as time allowed. Session lengths ran from one to two hours in length depending on the player and needs.

Craig Warner Jr., 9, prepares for offensive running patterns after a review from Coach Will Conrad.

Parent Clifford Walker commented, “Will is a super stand-up guy. He’s teaching skills I haven’t seen taught even at practices. There’s a lot of how and why that I would’ve liked to have known about when I was a player back in Pennsylvania.” Walker continued, “We appreciate what he’s doing and the kids are loving it. We are hoping he’ll offer it again next summer.”

Conrad admitted he had been a little worried about first time coaching, but he felt it “went fairly successful” and he really enjoyed being able to help. “Some of them improved much quicker than I had expected,” he said.

When asked about any differences between playing high school and collegiate football, Conrad quickly noted, “A big jump. The speed of the game, level of intricacy in the schemes, the strategies, plays – it was all very in-depth.”

Hillsdale College will resume on-campus classes Aug. 26, though Conrad was recently notified that the Great Midwest Athletic Conference is, for now, delaying the start of the football season by one month. Conrad had started his freshmen year at 6-feet 3-inches and 200 pounds with experience as an Onsted outside linebacker and running back. He will rejoin the team at 6-feet 4-inches and 245 pounds – ready to tackle both academics and another season. 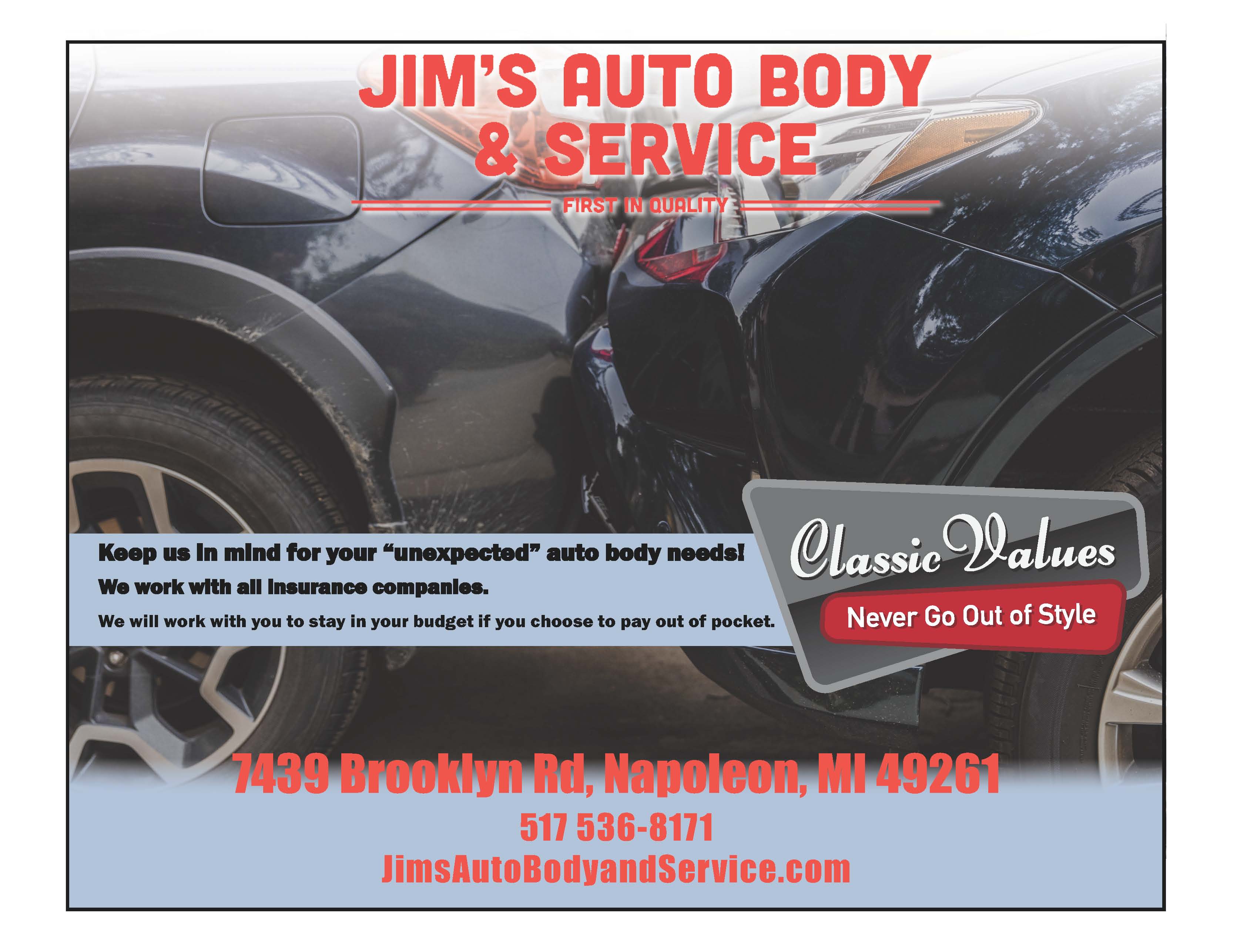