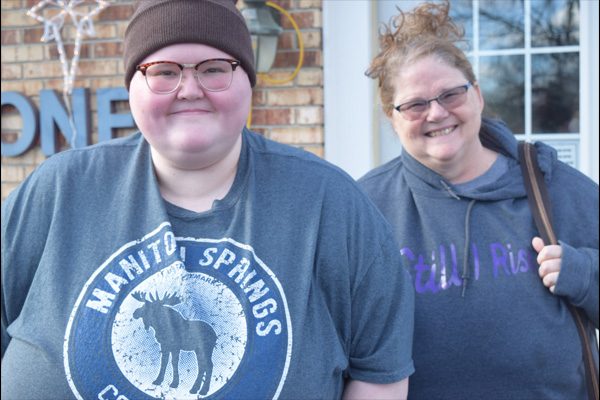 McKenna DeVelbiss, left and her mother Sara DeVelbiss, had differing reactions to COVID-19. McKenna describes what she went through as a ‘nightmare.’

“I woke up, and it was like the movies. Someone had a squeeze bag of oxygen, and the nurse was yelling at me to cough.”

A year ago McKenna DeVelbiss woke up to what she now describes as “the worst day of my life.”

The 2018 Addison graduate passed out on her bathroom floor because she couldn’t get enough oxygen.

It was around Thanksgiving time, and the DeVelbiss family was going through COVID. Most of the family got mild cases and handled it fairly well, but when it hit McKenna, it hit her hard.

“I was very dizzy, lightheaded, and unable to see very well,” she said.

They called an ambulance and on the way to the Allegiance Hospital, it was noted that her oxygen level was about 80 percent. At the hospital, it was determined that she had COVID pneumonia in both lungs.

That is when what DeVelbiss describes as a long, endless nightmare began in earnest. She spent the next 53 days on a ventilator. (more below) 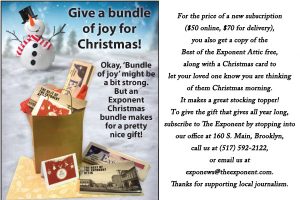 When asked what she remembers from her time being on the ventilator, she said “I just had really bad dreams.

Patients on ventilators are kept in a sedated state, and to McKenna, the fog she lived in was both “weird and terrifying.”

Making matters worse, she was isolated from her family and could not have visitors. “The last thing I knew, my mom was sick, and all I knew was that she could have been dead. That is what my head kept telling me. I thought we had lost the house . . . just terrible thoughts.

“You could sense [hospital workers] around you, and I was constantly trying to put things together. I dreamed about robots, because of the constant beeping from machines.

“I was trying so hard to put things together, but I just couldn’t.”

She was eventually transferred to Henry Ford Hospital in Detroit, where they were better able to treat some specific needs. 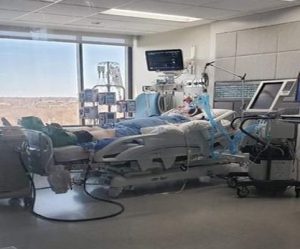 McKenna in the photo above in the hospital.

While McKenna was suffering alone, the family felt isolated as well. “We got daily updates,” said Sara DeVelbiss, McKenna’s mother. “They would let us know how she was doing. That was the worst hour of the day . . . life would just stop. We could not visit. The nurse or doctor would call and give updates and tell us what they were going to try next, give us the readings on her ventilator, and how they were going to work on getting her off of the ventilator.

Finally, the head nurse set up a one-day exception where the family could visit McKenna. “On the 14 of January, they allowed them to come to see me. I knew they were there, but it was hard for me to differentiate reality from what was actually in my head.”

McKenna fought on, as officials tried to wean her off of the drugs.

On January 25, they extubated her for the first time, but she was still sedated. 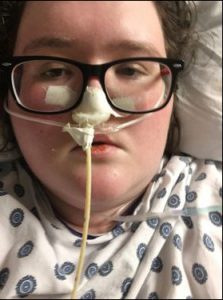 They re-intubated her, and she was on the ventilator for another seven days.

“I was terrified to eat or drink,” she said.

The return to health has been a slow process. When she was finally released from the hospital on March 24, she could not get around, and still goes through regular physical therapy in Adrian. She remains on several medications, and battles neuropathy, among other things.

When asked why she wanted to share her story, McKenna said it is important for people to take COVID seriously.

“This is real,” she said. “I still can’t do things. I can’t go out with my friends.” She uses a wheelchair and a walker to get around and battles every day to regain her independence.

“She can’t go out and celebrate her birthday,” said Sara. She can’t do all the things that her friends are doing.”

McKenna said that while she misses her friends, it is good to be back with her family.

“When you go without people for so long, you really start to miss them,” she said. 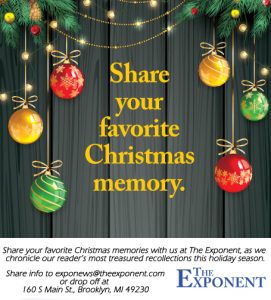