Celebrating one life while grieving another 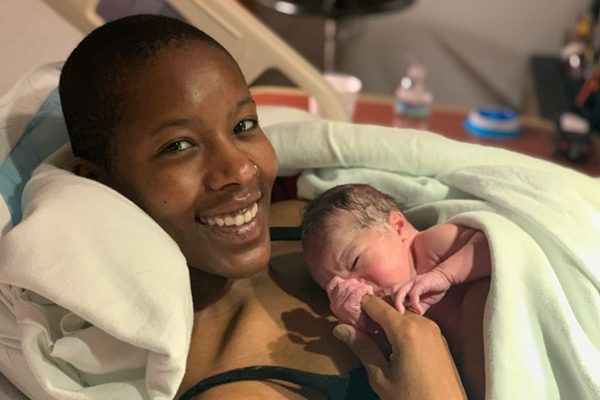 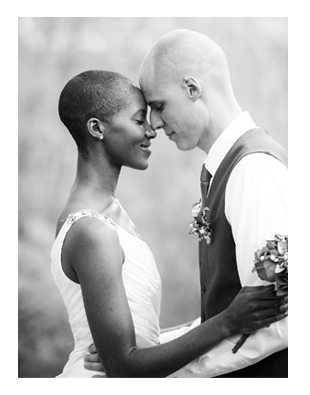 Sean Gustwiller died suddenly April 14, just six days before his daughter, Carter Jade, was born. Chrysta Gustwiller, shown above with the baby and at left with Sean, is grieving, but determined to make a good life for their daughter.

The baby is healthy, said his wife, Chrysta, a native of Philadelphia. Carter is their only child.

Sean and Chrysta met in Colorado in 2015, fell in love, married and moved to Grand Rapids in 2017, where he was a store manager for Hobby Lobby. He was an athletic 34-year-old who loved to run. In high school, Gustwiller ran cross country and track, and never lost his love for distance running.

Chrysta, a fitness instructor herself, said that they became alarmed last fall, when it was discovered that Sean had a hole in one of his lungs, but he still seemed well. Until two weeks ago, the future was bright for the couple. 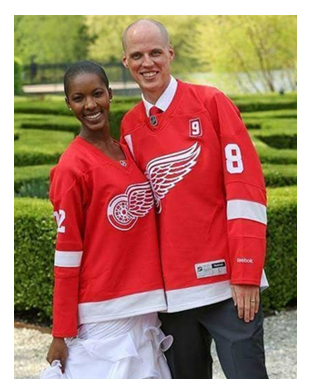 Chrysta said that she is still numb from all that has transpired, “but I am adjusting.”

“Motherhood is good,” she said. “The baby is doing well.” She said that her parents have come to Grand Rapids and are helping, and that she hopes to continue living in Michigan.

“This is where Sean wanted to raise his family,” she said.

Those who knew Sean say that he lived his life fully and impacted the lives of many.

Ashley Aldrich went to Columbia Central with him. “You have friends who change who you are for the better…that was Sean. I am so grateful to have been part of his life.

“My heart just breaks so much for Chrysta and Carter,” said Ashley.

She said that Sean was outgoing and had a lot of friends. “He was the nicest guy, the most genuine, caring, one of my best friends growing up. 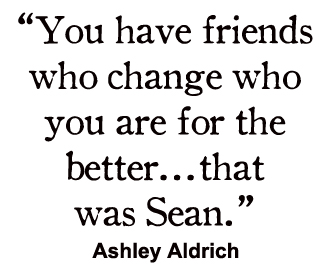 Michael Vince, another close friend who graduated a year ahead of Sean, agreed.

He also was not prepared for the sudden loss of his friend. “I got a call the morning that he died. It was crazy. It was devastating. I was not ready for that. He was always one of the healthiest, most fit people that I ever knew.”

Naturally, a huge concern for Chrysta is her finances. The fitness studio where Chrysta works is shut down due to cornoavirus, and Sean’s family health insurance “stopped the moment he died,” she said.

“I am waiting for the bills to start rolling in,” she said.

Vince and Aldrich decided to start a Gofundme account for Chrysta.