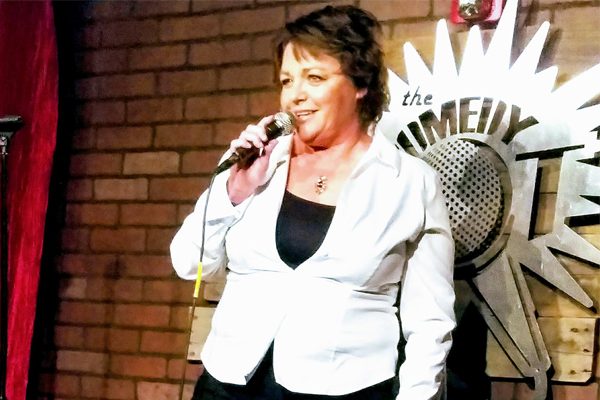 Need ‘A Reason to Laugh?’ Go to the Michigan Theater Monday night, and have a good laugh while helping Relay for Life of Jackson County. 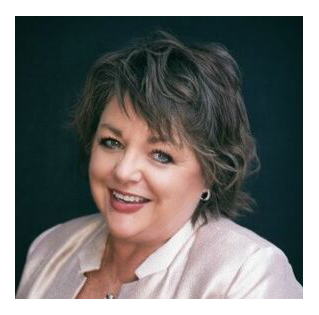 Sally (Hill) Principale will tell you that life is funny – in any situation you can find something at which to laugh.

The Clarklake native, now living in Phoenix, Arizona, is a situational comedian, turning real-life experiences into hilarious on-stage antics that the everyday audience member will appreciate.

The Michigan Theatre showcases her set, benefiting American Cancer Society Relay for Life in Jackson County, on Monday, July 5. The show is hosted by Jackson’s own Scott Clow and will feature special guest Dan Thomson who is also a comedian, actor, and improviser from Phoenix. The show is titled “A Reason to Laugh,” staying true to Principale’s comedic style.

Principale’s former school-mate Tami Reed reached out to her after noticing a social media post requesting possible venue suggestions in the Jackson area. Sally and her husband John were planning a five-week cross-country trip in their fifth wheel and knew they’d be stopping in her hometown for her mom’s birthday weekend. Reed, a passionate supporter of Relay for Life and a part of their leadership team, ultimately secured the Michigan Theatre and booked Principale, Thomson, and Clow, each of whom is donating their time and talents.

Reed says, “Relay for Life is so appreciative of the talent and time that is being donated to put on this show – Sally, Dan Thomson, Scott Clow, and especially Steve Tucker.”

Principale’s small-town upbringing didn’t hinder her big imagination and desire to experience life. She has traveled throughout the United States, constantly observing and taking note of the unique people she meets. Her outlook on life is one-of-a-kind, as she has always experienced things through the lens of her comedic personality. Even in the most awkward times, she has been able to ask (and answer) the question, “What’s funny about this?”.

She says she has always sat in the role of class clown. “I earned the nickname ‘Silly Sally’ in third grade. It got me in a lot of trouble back then,” she says of her tendency to find the humor in life. While she has always been interested in comedy, her career took her down different paths before fully embracing her comedic nature.

Principale was a reporter and corporate communicator for 15 years, then switched to sales for 17 years. Over the years, she wrote for the Exponent, worked as a reporter, and lived in various parts of the country. However, writing always remained at the forefront – a passion which led to her ambition to write a cozy murder mystery novel that is in the early editing stages. 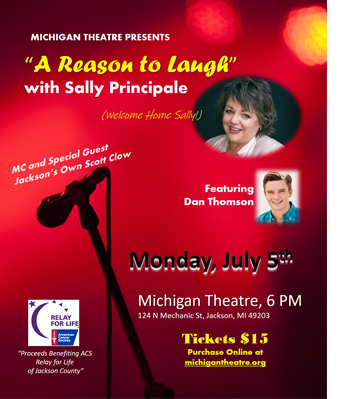 Tickets for A ‘Reason to Laugh’ can be purchased by clicking here: The Michigan Theatre here.

Several years back, at a time when her kids had grown older and less dependent, both Sally and John agreed she needed to find a hobby. “We ran into [John’s] friend who had taken a comedy class,” she recalls. “I thought it would be really cool, something to do.”

On her way to her first class, she recalls questioning herself. “This is crazy; this is insane!” The second class required speaking in front of the class about herself – something she says she hates to do. Nevertheless, she didn’t quit and chose to press forward.

“They tell you at the beginning of class that no one will be ready for the stage until you’re at least three months in,” she says. However, after her third class, she was told she was ready. “I had two weeks to get ready for a show at that point.”

I’ve just grown it from there,” she says. “I try to find different areas to do shows in,” such as Oklahoma, California, Michigan, and several locations throughout Arizona. A significant component of the business is learning how to get booked and secure venues.

She says her husband has remained supportive of her hobby. “He’s like my pseudo manager. He was the one who encouraged it to begin with.”

After her first real show, the club owner/manager approached Principale about becoming a regular opener at his venue. “I’ve done openings for a lot of the big-time comedians out of California and New York.”

Sebastian Maniscalco, the American stand-up comedian, inspires Principale’s work. “One reason is that he will do an hour-long show and not say a single cuss word until 45 minutes into it. He uses a lot of facial expressions. “Sometimes he will talk about things that aren’t inherently funny, per se, but the performance he incorporates really gets the laughs going.”

Robin Williams and female comedians offer inspiration to her set as well. “Robin Williams was a very physical comedian,” she says. In addition to her favorite comedians, Principale’s broad array of experiences also influence her sets.

To date, one of her most memorable shows was when she asked a question of a girl in the audience about Fit Bits. “She was a bit drunk, and so she talked on and on and on about her Fit Bit. Finally, after allotting the girl her thirty seconds of fame, Principale looked at her, smiled, and said, “Shut up!” to which the crowd roared with laughter. “That’s called getting someone into the audience talking and the comedian responding correctly.”

And while she loves performing and making people laugh, Principale says stage fright is real. “I’m always afraid of bombing – everyone bombs. It’s how you handle it.” She says a typical set consists of jokes every 10 to 15 seconds, so in each of her stories, she embeds around five jokes that go along with the story. “Usually, if I forget a joke, it’s my best two that get the most laughter.”

She says a good opener is a tool to reign in the audiences’ attention, along with the perfectly timed insertion of jokes and the drama of acting out the story. “There are people who, amongst a group of friends, are hysterical, but that doesn’t mean they can necessarily get laughs on stage.” (more below)

It all boils down to the performance aspect.

“Sometimes you go on at 10 p.m., and the audience is already drunk with a full belly, and they just aren’t going to laugh. I can tell the same jokes to a different audience the next day, and they find it hysterical.”

As a writer and self-proclaimed social misfit, Principale looks at the world differently than many people, so she is always prepared to find the funny in any given situation. She often writes things down as they happen so she can incorporate them into her set later.

“Either something weird will happen, and I’ll write it down, or I use mind mapping to create material.” Mind mapping consists of drawing a circle, then selecting a topic to insert as the central idea. “Once I decide on my topic, my parents’ driving, for example, then I start to map out answers to the question ‘What’s funny about that?’,” she explains.

Principale avoids mean comedy and isn’t “smart enough to do political comedy.” She says she refrains from picking on people; instead, she picks on herself. Her material is situational-oriented and chock full of true-life events, albeit sometimes slightly exaggerated.

“All the situations I talk about in my set have actually happened to me.”

After her vacation, Principale says she plans to take some improv classes, which will teach her to integrate on-your-feet comedy and more audience work. 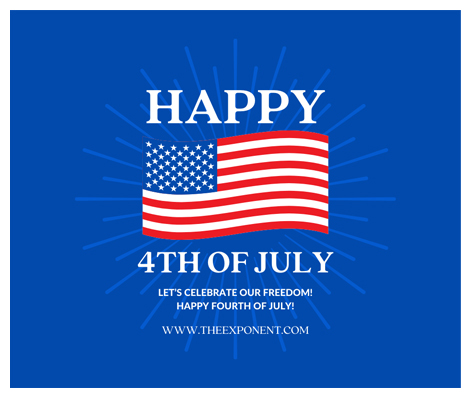