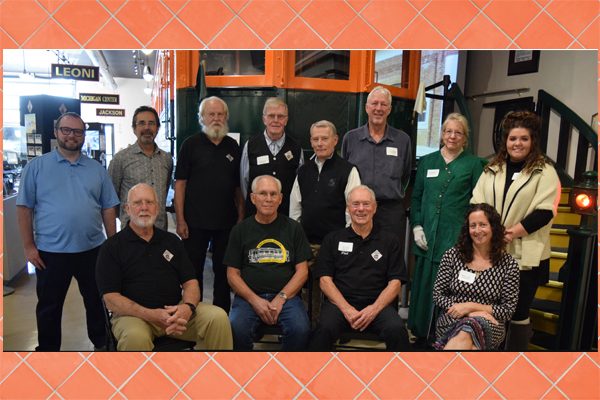 It began with a vision of a small group of people and now it’s a reality. Visitors to the Lost Railway Museum in Grass Lake can now ride the Boland Express!

On Saturday, the museum hosted a celebration, dedication, and introductory first rides on the Boland Express for board members, donors, and volunteers who helped build the virtual reality ride. The ride will now be open to the general public. (See the end of the story for museum hours.)

“It’s been two years in the making, including restoration of Car 29, with the video and technology portions in process for almost a year,” said Phil Willis, chairman of the Lost Railway Museum board. The project has been funded largely by local foundations and donors.

So, just what is the Boland Express? “It’s a simulated ride from Jackson to Grass Lake in 1901,” Willis explained. “You’ll literally feel the simulated ride. It will be hard for you to believe you’re not moving.” 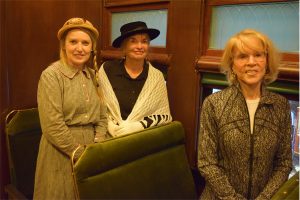 These three women, now standing aboard Car 29, played roles in the Boland Express video. From left: Debbie Cook (who is actually wearing her great-grandmother’s dress), Linda Hutchinson, and Patti Harris.

The video visitors see during the ride has local actors and actresses in it. “It’s a take-off from Universal Studios’ Hogwarts Express,” Willis continued, referring to the ride featured in a Harry Potter book.

The making of the ride has been nothing less than a dedicated team of people working feverishly to make the dream a reality. “This is a vision that came true,” said Grass Lake Interim Village Manager Jim Stormont. “It’s not just money that makes it happen – it’s volunteers.”

Willis said the museum’s restoration team has been working night and day and weekends, along with JTV (Austin Bell) and the Boland Express technical team putting together the video.

“It will be a huge attraction – one of a kind in Michigan and surrounding states,” Willis noted. The 10-minute virtual reality ride is projected on a 20-feet-wide x 12-feet-high screen from high above the rail car. “It’s very sophisticated,” he added. “It coordinates the movement of the rail car, the stops and starts during the video, with the narrated sound of the trip. You push one switch and away you go!” 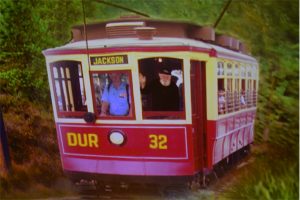 Riders even feel the bumps of the railroad and the turns of the rail car as it makes its way across the landscape. That’s thanks to a hydraulic cylinder with a pivot point underneath Car 29 that “rocks the car” said restoration team member Rich Willis. “Speakers under the car give it the ‘rumble effect,’” he added.

Rich Willis put a lot of time into the creation of the Boland Express ride. “It’s been interesting, to say the least,” he stated, noting that the 400-pound screen visitors view during the ride had to be hung from the attic of the building using electric winches bolted in with re-rod. “You can imagine the physical difficulty in trying to do something like that,” adding that the projector of the video sits atop of Car 29, pointing down.

Willis noted that a lot of the video was constructed by lead restoration team member Ken Soderbeck who used many old photographs in the making of it. “With JTV’s crew, they were able to make the stuff look like it’s moving,” he said. Willis said he even used his phone along with an iPad to collect some of the background video and sound effects. Many of the technical elements of the video were pulled together by volunteer and Grass Lake businessman Marc Cuddie. 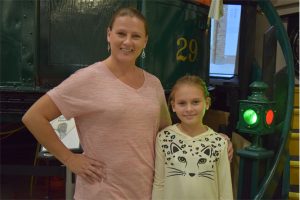 Angela Machnik and her daughter Olivia, 10, were featured in the Boland Express video at the Michigan Center station.

The video’s narration, courtesy of local volunteer Steve Rudolph, starts out, “We are now aboard this apparatus along with a crowd of approximately 150 invited guests. This crowd is made up of city officials including the mayor, county supervisors, attorneys, doctors, businessmen, newspaper intellectualities. All are excited to be able to board the two cars provided by Mr. Boland, the owner of this rail system.” And the ride goes on . . .

Sound effects include the train continuously running on the tracks, the whistle of the train, the “dinging bell” of stops and starts, and much more to give it the feel of reality.

Grass Lake’s Linda Hutchinson played a cameo role in the Boland Express video at the Leoni Station with her daughter-in-law and two granddaughters. “We borrowed clothing from the Coe House Museum,” she said. “Some things came from the Copper Nail, our resale shop here in town.”

Hutchinson shared a bit of family history about the interurban rail days. “My father, Louis Lockwood had a farm on Lee Road. He said he would run over to Leoni and catch the interurban in Leoni to go either into Jackson or into Grass Lake. There was another line, but the Boland line was cheaper, so he preferred that one.” 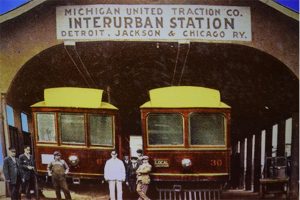 To get a picture of the scene, the website of the Lost Railway Museum describes it best: “Imagine the time before paved streets, cars and buses. Village streets bustling with activity and people in the early 1900s of Grass Lake. The electric Interurban railway system is the primary mode of public transportation. More than six railways intersected Jackson County and delivered visitors to and from Ann Arbor, Jackson, Battle Creek and Lansing.”

In 1900, W.A. Foote, in partnership with W.A. Boland, formed the Michigan United Railway. In 1901-1902, the pair built an interurban line from Jackson to Grass Lake with spurs to Boland Park on Michigan Center Lake and Atkins Resort on Wolf Lake. For the better part of 25 years thereafter, the interurban railway flourished and later struggled, as autos and buses became more common modes of transportation. By the end of the 1920s, most interurban rail lines were abandoned.” 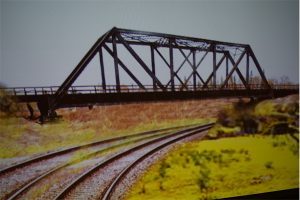 Rich Willis says the Boland Express virtual reality ride is a work in progress. “We’re going to continue to improve it,” he says. Visitors can expect new additions and surprises in the months and years ahead as the museum forges ahead.

The Lost Railway Museum brings this small piece of transportation history to life and now, with the opening of the Boland Express virtual reality ride, visitors can actually get the feeling that they are riding on the interurban line of the early 1900s between Jackson and Grass Lake.

For more information, visit the website of the Lost Railway Museum, lostrailwaymuseum.org, or call the museum at 517-522-9500. The museum is open Wednesday, Thursday, and Saturday from 10 a.m. to 4 p.m. and Fridays from noon to 4 p.m.

Additionally, you can vote for the Lost Railway Museum in Jackson Magazine’s “Best of Jackson” category for museums. Visit JacksonMagazine.com.