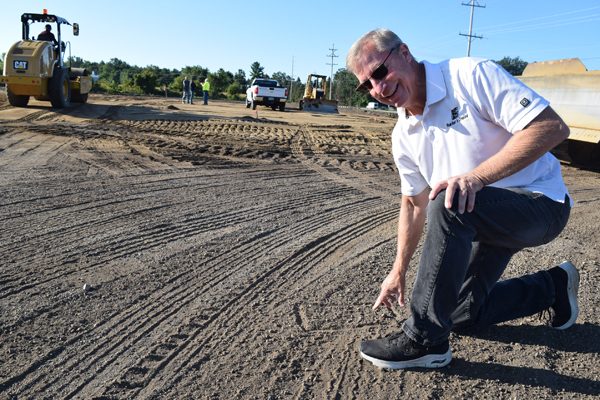 Playing in the dirt: Damon Bundy of Boater’s Choice/Affordable Storage draws a sketch in the dirt, where his new showroom will be located. Bundy is investing millions of dollars in an extensive expansion of his business.

Residents may have noticed that dirt is being moved on the south side of Brooklyn, and the question has been “What is going on there?”

Boater’s Choice is expanding its showroom, service and storage capabilities by constructing two new buildings, with plans for another heated storage facility in the future, as reported in the Exponent.

“I have lost my mind,” joked Bundy, whose multi-million dollar investment will greatly expand what the company can offer. “It will be the nicest boat facility in the tri-county area, hands down,” said Bundy.

The current facility currently houses two businesses: a traditional storage facility (Affordable Storage) and Boater’s Choice, which sells, services and stores boats of all kinds. The company’s bread and butter products are Barletta Pontoons and Nautique ski-wakeboard boats. More below 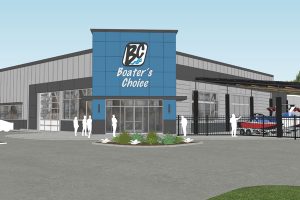 This picture shows how the new showroom will appear once work is complete.

“They are beautiful boats, the best in the entire world,” said Bundy, adding that he is lucky to have the two lines.

Two buildings are to be completed in the coming months. Bundy hopes to have a 24,000 square foot, 35-foot-tall heated, stackable boat storage facility in operation later this year. That building will be able to hold 180 boats. (More below)

A second structure will include a new showroom and service area, which Bundy hopes to have operational in the spring of 2022.

The site plan also calls for a third building – an additional 24,000 square foot storage facility to be located just south of the new showroom, which Bundy hopes to build “in a few years”. 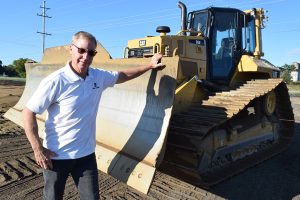 Not dozin’ on the job – Damon Bundy hopes to have a new showroom completed by next spring/early summer. 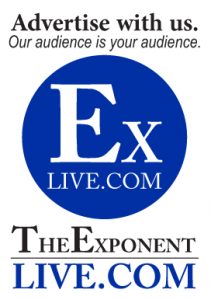