Etiquette, ethics, and celebration at the polls 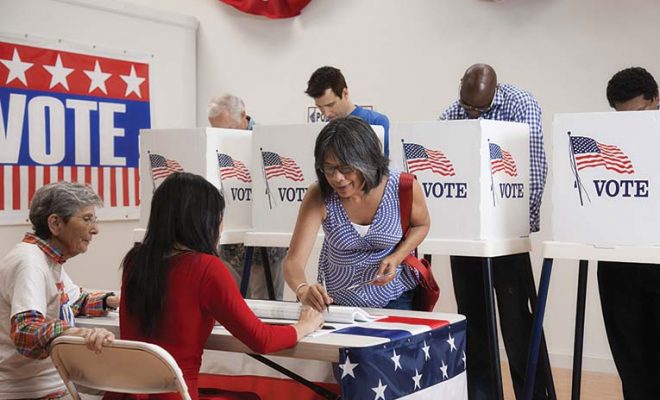 In 1840 people gathered at Walker Tavern from “50 miles around and camped for days” to hear Tom Ewing of Ohio campaign for “Tippecanoe and Tyler, Too” — supporting the Whig candidates for the upcoming presidential race. Irish Hills historian Franklin S. Dewey reported in The Onsted News that the event host provided temporary mobile “log cabins and endless quantities of hard cider, coon skins, dried apples” under a massive U.S. flag flying from the tallest oak on site. The event was described as electrifying and a “pageant.”

Be it around community meet-the-candidate nights or interactive internet or media forums, the stirring of U.S. citizens to ferret out the ills about what is no longer working for the state and to discern the truth about the best leadership has been a long-standing right, as well as a call to action. It is in the months and weeks prior to an election that the research, discussion, and hypothesizing about long-range effects of changes must occur. Then, when one arrives at the polls to vote in person, the spirit of the event may be one of celebrating the hard-fought right of every citizen — to be heard and counted without intimidation, threat, or manipulation on that decisive day.

Still, history reveals there have always been gamblers who like to stack their hand, and in politics, prior voter manipulations have led to national laws about the election process.

To make your neighbors and voting experience safe, effective, and low stress, review these laws prior to November 8:

For most citizens, going to the polls is an opportunity to casually visit with neighbors and community members while they wait in line. However, what happens if someone is agitated or trying to make a statement while in the polls? Even if a challenger is present to observe the process?

State law MCL 168.678 grants the clerk, the clerk’s staff, and election inspectors the power to request the disruptive citizen to leave the voting location and call-in law enforcement, if necessary, to escort the person from the location . . . even if the person has not yet voted. One’s voting right does not supersede others’ right to not be intimidated at the polls. The statute clarifies inspectors have “full authority to maintain peace, regularity, and order” in the polling place. As police, sheriffs, and any other peace officers on site gain knowledge of a violation, they have “a duty to institute criminal proceedings for the punishment of an offender” per MCL 168.941.

Along with protecting anonymity of your neighbor’s vote and minimizing distractions, cell phones should be silenced, turned off, or turned to vibrate when entering the polling building. Do not make (nor take) calls while waiting in line or in the polling area or listen to music/recordings in which the volume is loud enough for another to hear. Some voters have sensory sensitivities or focus issues that need to be respected.

Additionally, “selfies” are not allowed in the polls because you may inadvertently capture other voters – and possibly their ballots – in the background. If it is a dire passion to record your choices, you may take a photo of your completed ballot while in the voting booth only. Outside the poll location, you may take selfies. Some townships may even have selfie locations to help you celebrate your civic participation. Members of the press may take photos from the public area for reporting purposes.

Additional laws cover individuals who may be present and involved in picking up or delivering absentee ballots, who may be present in the voting of them, who may offer carpooling to the polls to non-disabled citizens, the tampering with the ballot boxes, and attempting to vote in multiple townships or impersonating another in attempts to vote multiple times. 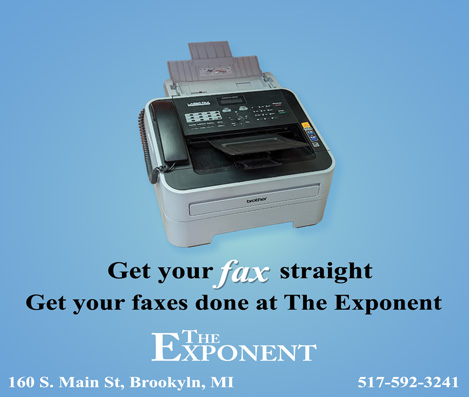 If it will be your first time voting in the polls, watch the video, “A Voters Guide to Voting” on Youtube, which was filmed by the Michigan Bureau of Elections. Also, remember to bring a valid state photo identification card to receive your ballot. If you do not have one, you must sign an affidavit testifying that as truth or you will not be able to vote.

The poll experience can be invigorating as young, old, first-timers, and veteran voters come together to carry out of what treasonous colonists eventually established as “the method to ensure equal representation and voice where it had been denied.”

Their rationale and trust in the process was emblazoned by Jefferson introduction in the cornerstone essay, “The Declaration of Independence.”

We hold these truths to be self-evident, that all men are created equal, that they are endowed by their Creator with certain unalienable Rights, that among these are Life, Liberty and the pursuit of Happiness. That to secure these rights, Governments are instituted among Men, deriving their just powers from the consent of the governed, – That whenever any Form of Government becomes destructive of these ends, it is the Right of the People to alter or to abolish it, and to institute new Government, laying its foundation on such principles and organizing its powers in such form, as to them shall seem most likely to effect their Safety and Happiness.