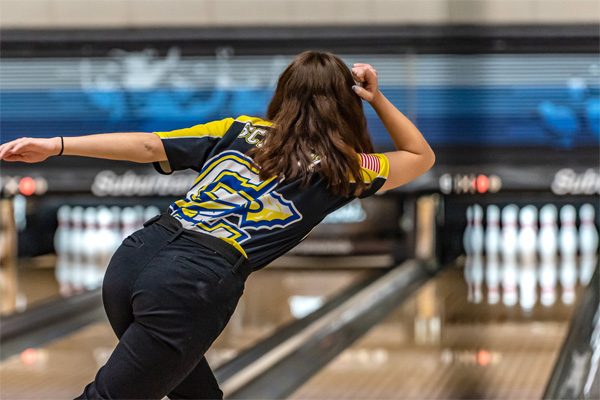 Anything you can do; I can do better is a popular mantra often spewed from girls to boys to prove boys aren’t necessarily better at certain things such as sports. As such, it is something the Grass Lake Warriors girl’s bowling team readily demonstrates. So often hidden in the shadows of their counterpart, the boy’s bowling team, the Lady Warriors are a brightly shining light both in talent and in the eyes of their coach, Shawn Thomas. 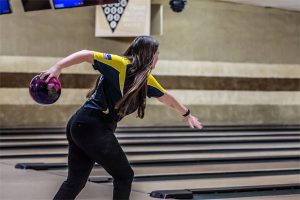 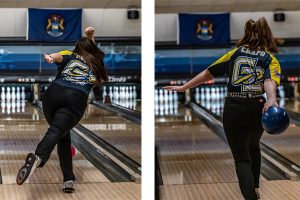 “The girls are doing really good things – the JV team went out to their tournament [Saturday] and swept all five medals. Also, varsity bowler CeCe Evans just signed with the Jackson College Jets,” says Thomas. “There’s a lot of great things happening with the program.”

The varsity team went undefeated in 2020 and only has one loss so far this season. “I’m very proud of these girls. Unfortunately, COVID took the flare out of their undefeated season last year. It was so sad that the first time in our program’s 19-or so-year history, they’d captured the Cascades Conference title, and COVID took their shine away,” says Thomas. 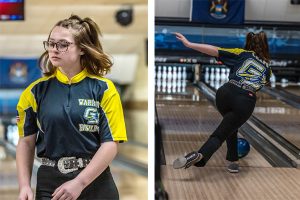 For the past three years, the Lady Warriors have worked hard to get out of the shadow of the boys’ team, who are two-year state champions. As of now, the girls are poised to win another Cascades Conference title, albeit there is still a lot of bowling going on at the conference level. Last Friday, Grass Lake obtained an impressive win, beating East Jackson 28-2. “They’ve been dominant throughout the year,” Thomas says.

With an upcoming conference match, each girl on the team is poised to make the all-honors team or honorable mention. “This is big for our program – really big.” 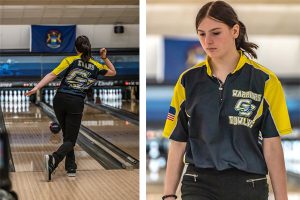 While each bowler’s average is impressive, they didn’t all come into the program with the talent they have today. “Taylor Mosher came on as a freshman and could barely throw a 34-point game,” says Thomas. “She’s very driven. Bowling is the only sport her brother and sister didn’t do, and Taylor excelled. She took hold of the game and went to regionals within her first year as one of the top-ranked female bowlers.”

Cierra Chapo, CeCe Evans, and Alyssa Schultz came on as sophomores. “They were a little intimidated and questioned themselves, but they excelled and gained confidence.” Courtney Lowe is following in her sisters’ footsteps with bowling. Within her first year, she went to regionals and qualified for states.

Coach Thomas questioned his confidence last year after the tragic death of his 23-year-old son. “I questioned coaching again, but every one of these girls had the confidence and drive to show up, move forward, and keep going,” he says. “By our fourth match, they made me a believer too. I knew we could do this together.” 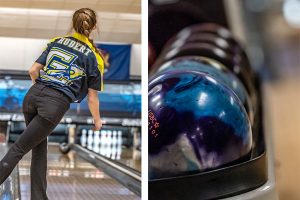 I coach to keep the darkness away. It’s a bright light being able to coach such wonderful students and athletes,” says Thomas.

The team’s chemistry shows during every match. “I keep a set rotation. When you have good chemistry and a rotation that works, you don’t play with it.” According to Coach Thomas, Alyssa Schultz is one of the best spare shooters in the Cascades Conference, and Cierra Chapo is an excellent leadoff bowler. The dynamics work, and it shows. 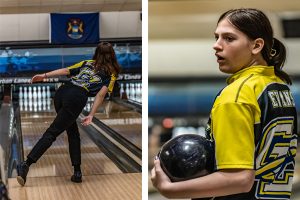 Coach Thomas says he is incredibly proud of his team’s young ladies. “They’ve worked so hard, and I couldn’t speak more highly of them.” This is the first full team Thomas has built in his four-year tenure with the Warriors. “I’ve got great girls coming up next year, but there’s nothing like that first team you build as a coach.”

Brimming with confidence mixed with a bit of spunk and playful banter to any male bowlers who wish to question their abilities, the Grass Lake Lady Warriors Varsity bowling team is on the warpath to victory. 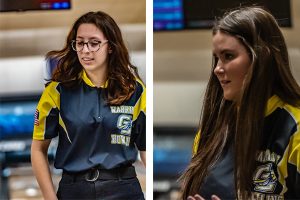 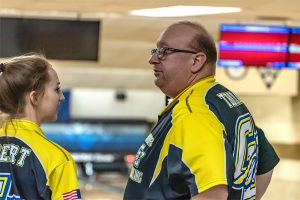 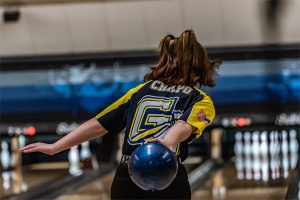 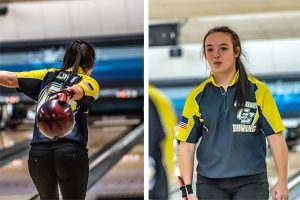