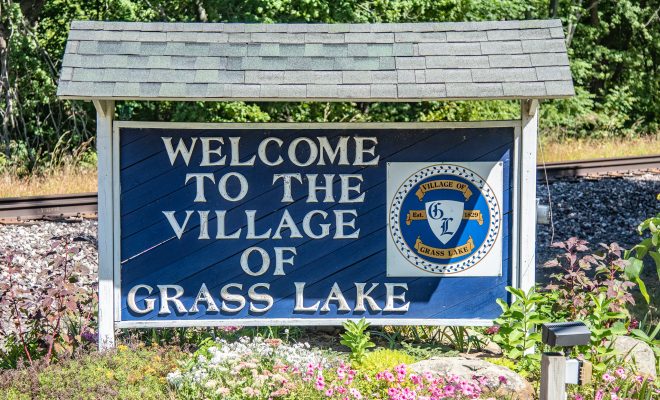 The Grass Lake Village Council hasn’t increased village taxes since 1985 and it’s now coming back to bite the village where it counts. At their June 21 meeting, the council had a painful discussion that resulted in what looks to be a millage vote coming up at the November election to keep the village’s head above water.

“[Past village councils] haven’t made any adjustments on any of the tax base in the community since 1985,” said David Keener, president pro-tem of the council at its June 21 meeting. “Unfortunately, we’re burdened with trying to correct to accommodate the lack of commitment of other [councils] to make our finances correct.”

“You’re only making $13,000 more this year through your taxes over last year,” said Village Treasurer Trudi Whitley. “That’s not a lot of money. That’s not good. I don’t know how you’re going to maintain.”

“The revenue sources coming in is not enough to even stand still with the services provided, let alone the cost of goods keeps going up and the expectation for services keeps going up,” Village Manager Sabrina Edgar noted. “The actual revenue coming in to cover it keeps going down. There can be fewer taxes – just fewer services or services not at that expectation level . . . Just like a house or a car, maintenance needs to be done and things need to be taken care of.”

Edgar also noted that if the village goes after some grants that require matching money, it may be a challenge to find those matching funds in the budget.

The village’s staff accountant, Tim Griffith, summed the situation up with this frank analysis, “On the expense side, we’ve already tightened our belts in deferred maintenance – this building (the village offices), the DPW building. The revenue increase has got to happen.”

With village expenses continuing to outpace revenue, Keener said the general fund will be “running out of money in six years”.

To work toward resolving the village’s dire budget dilemma, the village council voted unanimously (with three absent) to move forward with placing a 10-year, 3.25 millage, with the Headlee rollback included, on the November 8 ballot.

“With the 3.25, that is what will get us so we’re above water – where we can sustain,” said Village Council President Joe DeBoe. 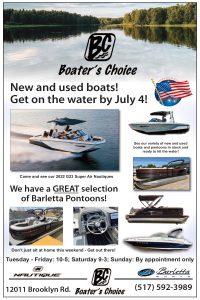 Under the proposed millage, the additional levy would start out at 3.25 mills in 2023 and gradually roll back, under the Headlee rollback, to 2.9215 mills in 2032, with an average predicted annual reduction of .0365 mills over 10 years.

For the “average” homeowner according to village calculations, three mills, on average, would be an increase of $186.54 per year, or a monthly increase of $15.55

If the millage passes, Keener said it would have to go back to a vote again in 10 years to keep the millage and rollback in place. “On average, it would be three mills over the span of 10 years with the additional Headlee rollbacks,” he explained. “We are very cognizant of the impact that it’s going to have.”

The Headlee Amendment to the Michigan Constitution was passed in 1978. The amendment created a process for the reduction of millage rates (the Headlee Rollback) to ensure that total municipal tax revenue could grow only at the rate of inflation, plus new construction. In a nutshell, Headlee requires a local unit of government to reduce its millage when annual growth on existing property is greater than the rate of inflation.

“We are pursuing the Headlee rollback [millage] because a bigger portion is divided proportionately between the general fund and local streets as part of that tax assessment,” Keener said.

However, he noted there needs to be a plan behind any millage proposal. “We can’t just haphazardly say we want an increase of 3.25 mills. We have to outline and document what that increase is for and where that money is going to be used going forward.”

“If we don’t take care of it now, it’s just going to keep pushing the burden out longer and longer and longer down the road,” said Council Member Joel Grimm. “It’s a hard decision and it’s not one to be taken lightly. Ultimately, our voters will have the final say.”