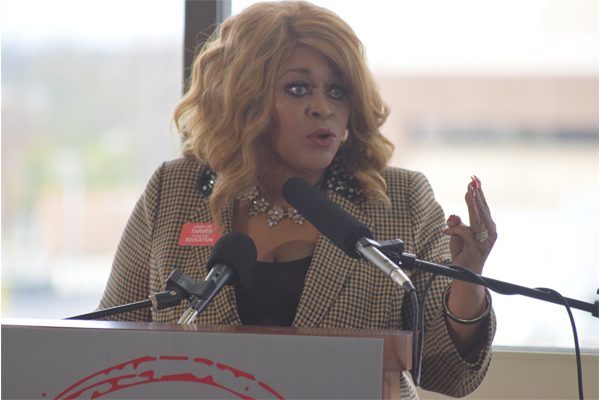 Dr. Linda Lee Tarver, above, is a candidate for the state board of education. She spoke at a recent Save our Schools, Jackson event held in Jackson. Dr. Tarver said people need to fight against what she describes as indoctrination of students by educators. “You do not turn over your children to a bachelor’s degree or master’s degree citizen with a liberal agenda to indoctrinate your children.”

Are children being indoctrinated rather than merely taught in our public schools? Members of an organization that has formed in Jackson County fear that may be becoming a reality.

Members of Save our Schools, Jackson is sounding the alarm that they believe many far-left trends in education ingrained in many universities are methodically – and purposely – being filtered down to community schools.

Save our Schools Jackson is a newly formed organization whose guiding principle is “educate, don’t indoctrinate.” Their stated purpose is to “expose and challenge anti-parent and anti-child policies in the Jackson County public schools.”

“We stand steadfast in our opposition to Critical Race Theory, Social-Emotional learning, Restorative Justice and the sexualization and grooming of young children in our schools,” according to its Facebook Page.

While those hot-button issues make national headlines, people in small communities should not feel that they are somehow isolated, say Save our Schools, Jackson members. “You don’t have to look to California or New Jersey or wherever, it is happening here,” said Will Hastings, who is active with Save our Schools, Jackson. He noted that Holt School District recently hired a Diversity, Equity, and Inclusion (DEI) coordinator, and says the battle is often one of semantics. “What we are finding is that people are kind of walking away from the term ‘critical race theory,’ saying ‘We don’t do CRT.’ But the DEI sort of comes under that umbrella,” said Hastings, adding that along with race, “there is a gender and LGBTQ component to that, too.” 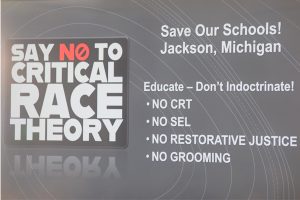 “We stand steadfast in our opposition to critical race theory, social-emotional learning, restorative justice, and the sexualization and grooming of young children in our schools.” Save our Schools, Jackson mission statement.

Hastings describes Save our Schools, Jackson as a network dedicated to overseeing the 12 school districts in Jackson County. “There are different issues at different schools,” said Hastings, who says a primary objective of the organization is to make sure concerned parents are attending local school board meetings.

“What we don’t want to say is that our school board members are some ‘conduit of awfulness.’ I think they are ordinary people. It is not a glory job,” said Hastings, but added that awareness of what is happening with local school boards remains tantamount to ensuring that school curriculums are reflective of what residents want their children taught. They say that proficiency scores for Jackson County schools are woefully inadequate and say muddying the waters with teaching children things such as choosing their own pronouns in describing their sexuality only makes matters worse.

One organization that Save our Schools is monitoring closely is the Jackson County Intermediate School District, which Hastings says is “Pushing DEI, they are pushing restorative justice, they are pushing social-emotional learning, which involves teachers acting as kind of psychologists, and the profiling of kids.” 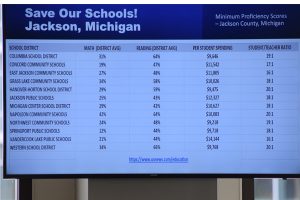 When asked for proof of these claims, Hastings points to the JCISD website, which has links that lead to pages championing many of the positions that Save our Schools, Jackson opposes. Much of that information can be found through the College & Career Access website, which is hosted by the JCISD.

The Jackson County Intermediate School District is an educational service for Jackson County public schools. JCISD is probably best known for its operation of the Jackson Area Career Center but has other important roles, including managing all special education in the county as well as offering learning services, human resources and legal services, and more to local districts.

Superintendent Kevin Oxley said that he finds it hard to understand Save Our Schools claims that they are pushing a liberal agenda.

“You know, education isn’t a liberal thing or a conservative thing. It is an everybody thing,” said Oxley.

The superintendent noted that the JCISD website hosts the College & Career Access Center’s website, but said they have their own separate board of directors, and the missions and visions of the two organizations are by no means identical.

“None of our schools have enough counselors. They could always use more. This is kind of a proficient way to provide that.”

But while the two organizations work together, Oxley noted that the College & Career Access Center “does do other things.” (more below)

“They have other funding sources, and they work on other things, like the anti-racism efforts,” said Oxley, adding that he can’t articulate further, as he is not entirely familiar with all of their undertakings.

“I can only speak intelligently as to the money that we provide them for college advising.”

The question becomes, does one organization become “guilty by association” when working with another? Would it be wiser for JCISD officials to part ways with the College & Career Access Center over social views with which they may or may not agree?

Oxley says it all boils down to free speech.

“[The website] is a valuable resource for our high school kids in our area and for our parents to see what the College & Career Access Center can do for them.” He said that quick access to the website can be greatly advantageous for parents, but adds “there are other things on that website [that some might find disagreeable].” (more below) 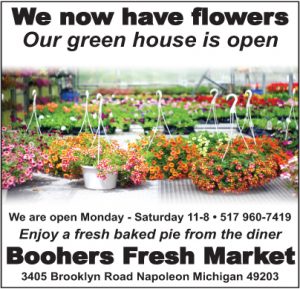 “I kind of look at it like if that is something you want information on, it is there. What we are supporting is the college advising.”

While Oxley says the issue boils down to free speech, Save our School, Jackson officials say there is no room for even a trace of what might be perceived as the pushing of agendas, and worry that school officials are nearing a slippery slope that could, in the end, be tremendously harmful to public education.

Dr. Linda Lee Tarver, a Republican candidate for the state board of education, spoke during a May 3 meeting with Save our Schools, Jackson, and said public education is failing our children, especially in inner cities, and that she believes that indoctrination has become a reality.

“Children should learn to read, write and do arithmetic. It is not a teacher’s role to socially engineer your children.”

Editor’s note: We did not reach out to College & Career Access Center officials for comment on this story due to time constraints, though we would be happy to feature them in the future. To learn more about them, visit their website at www.jcisd.org/CCAC. To learn more about Save our Schools, Jackson, visit their Facebook page under the same name.