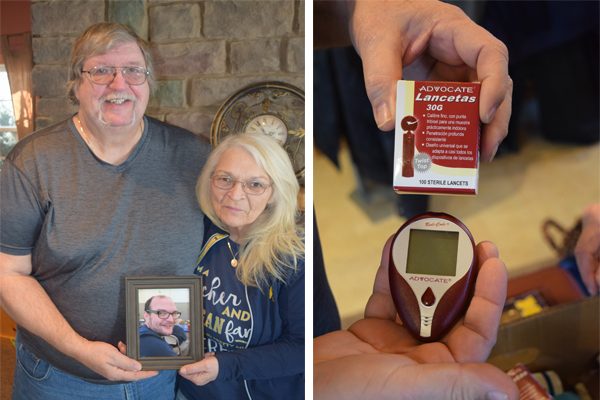 Keith and Connie Young, pictured above, donated their son’s remaining diabetic supplies to the John George home in Jackson and encouraged others to donate too. 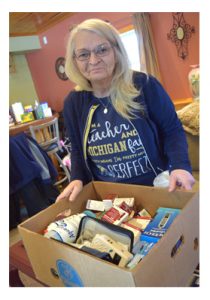 In fact, the Spring Arbor native originally planned to become a medical doctor but detoured to become a pharmacist after deciding he could help just as many people, and maybe more, in that field.

Young took a special interest in helping diabetic patients and their doctors find affordable treatments for those suffering from both Type 1 and Type 2 diabetes.

“Todd had always been interested in diabetes,” said his mother, Connie Young, pictured left. “The advancements in diabetes treatments fascinated him. He had planned to go back and get his educator degree and open some type of clinic,” said Connie.

“My mom had diabetes, her mom had it, two of my sisters, and two out of five brothers had it. So he was fascinated by it,” she said.

Young was especially dismayed at the high cost of treating the chronic condition. Diabetes is a disease that occurs when a person’s blood glucose, also called blood sugar, is too high. Blood glucose is a person’s main source of energy and comes from the food they eat. Insulin, a hormone made by the pancreas, helps glucose from food get into cells to be used for energy. Treating the condition can be costly and, for the uninsured, often forces them to choose between treating the disease and other basic necessities. It is a never-ending drain in people’s pocketbooks, and Todd wanted to be part of the solution.

“He would stay at work after hours, researching how to save people money by comparing drugs. He would never switch them, of course,” said his father, Keith Young, “but he would have them ask their doctor about it, noting that they could save money.”

“He did that all the time,” said Keith, adding that Todd’s primary interest remained in treating diabetics. “He would have the pharmacies he worked with set up an area for things like shoes, so people wouldn’t lose their extremities over the long run.”  (more below)

But before the bright young pharmacist could continue his education to pursue this passion, something happened to alter the course of his life in a way that he never expected.

“He started having trouble in November of 2009. He got a bad cold, and he couldn’t shake it,” said his mother. “It finally got to where when he laid down at night, he couldn’t breathe.” Doctors determined that Todd’s heart was functioning at about 25 percent capacity, and the young man eventually found himself at the University of Michigan Health System, where he was diagnosed with cardiomyopathy, a chronic disease of the heart muscle. “They think he got a virus in his heart,” said Connie.

For several years doctors treated him as his condition worsened, and in 2016 they hooked a pump into Todd’s heart and placed him on the heart transplant list, where he waited, and waited, and waited for the right match.

But between 2010 and 2016, as Todd’s heart was getting worse, he developed diabetes.

The irony of the situation is still not lost on Todd’s parents. Their son, who had such a big heart for people, as well as a passion for treating diabetics, was suffering from both heart failure and diabetes.

Naturally, Todd was not a normal patient. When doctors treated Todd, they often ended up taking his advice regarding prescriptions.

“They would literally come into his room, and ask ‘What do you think, Todd.’ They went from telling Todd what his regimen was going to be to asking him. That was hilarious to watch,” said Keith.

As could be expected, over the coming three years Todd compiled a rather large collection of diabetic monitors, treatment strips, and other paraphernalia necessary for treating the disease.  (more below)

In 2019, Todd was placed on a blood thinner in order to undergo certain tests, and he did not respond well. “His blood was getting thinner than it should,” said Keith. He developed a brain bleed, and Todd was admitted to the hospital. During a week that Connie describes as “awful,” Todd lost his ability to think clearly, and eventually to comprehend anything. The brain issue, coupled with the heart disease and diabetes, was too much for his weakened body to overcome. “We, as a family, decided to take him off of life support,” said Connie.

The grief of losing a son never ends, but both Keith and Connie have learned coping skills. They joined a group called GriefShare and remain active with them. Another way they cope is by celebrating Todd’s birthday, which falls on February 19. This year, they celebrated in a special way.

Knowing of their son’s love for helping those with diabetes, the couple decided to give Todd’s leftover diabetes equipment to the John George Home in Jackson, which cares for elderly men. Not only that, but they also posted online that they were going to give the diabetic supplies to the facility and got others to donate as well.

When they made the delivery, they stayed and played cards with some of the gentlemen.

“Todd would have loved that,” said his mother.

We bet he would have. 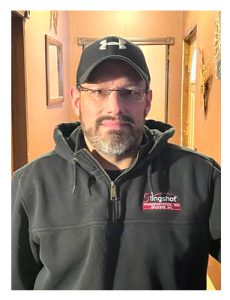 Phil Sonnenberg, pictured left, 50, of Brooklyn knows a thing or two about diabetes.

Sonnenberg, a truck driver, was diagnosed with type 1 diabetes in December of 2014. He notes that it is a little unusual for a type 1 diabetic to drive trucks, but that with insurance and his diligence in maintaining his health, he manages to get by.

But without insurance, he says only half-jokingly, “I would just die.”

“I’ve got mid-level insurance, a little better than average, but I still have to buy some things out of pocket,” said Sonnenberg.

Sonnenberg is on pump therapy, which includes a glucose monitor that reads his glucose level 24 hours a day. He says that getting supplies is not hard: the hard part is paying for them. “My insurance stopped covering my pump supplies last year.” He says he gets the needed supplies such as infusion sets and vials from a discount wholesaler on the internet, but it still nicks him for around $200 a month. “If I were to go through the medical supply store in Jackson, it would be around $600 a month.” The pump itself cost around $4,000, for which he borrowed the money to pay. “It is like a car loan,” he said.

His insurance covers the medicine itself, so all he has to pay is his co-pay, which is $60 a month. He has found that Meijer’s, where gets his prescriptions filled, provides syringes for free.

“I don’t know how you would do it without insurance. I really don’t. You have to choose either to treat diabetes or eat.”

State Representative Julie Alexander, R-Hanover, said that some help may be on the way. House bill 4346, which she supported, would cap the monthly cost of insulin at $50. The bill has already passed the Michigan House with broad-sweeping support. The bill currently resides in the Senate Health Policy Committee before it can move forward in the legislative process.

The cost of insulin “is one of the top priorities I hear from people,” said Alexander.

“Those escalating costs are really affecting the bottom line of their budgets,” said Alexander. “Now the governor is saying that it is a priority for her,” she said. (more below)

Sonnenberg said he appreciates the interest from lawmakers, but said that, in his mind, more needs to be done.

“A lot of people writing legislation think the medication is the problem, but that isn’t really it. Even without insurance, it [insulin] could be affordable. There are cheaper options for the medications. It is more the monitoring and controlling your blood sugar where the big cost comes in.”

Sonnenberg stressed that he was not being critical of lawmakers’ efforts to help but said that it would be beneficial if more legislation was crafted by people who had first-hand experience dealing with diabetes to better understand the challenges they are facing.

“As a type 1 diabetic, you either use your medicine, or you go see your maker,” said Sonnenberg.

“This [pending legislation] is a start. It is better than nothing. But really, it comes down to the question, does Big Pharma really need all this money from people?”