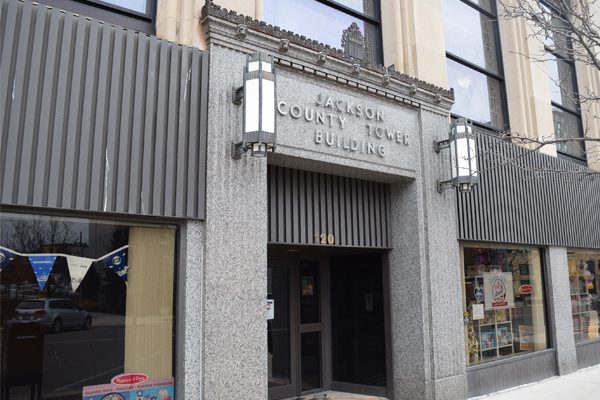 A proposal to double the telephone surcharge paid by Jackson County residents for 911 emergency-dispatch service has generated a distinct lack of enthusiasm among county commissioners.

Jason Hamman, the county director of 911 emergency dispatch, met with commissioners at a study session in early February and called for a ballot proposal to raise the surcharge from $1.50 to $3 per month, per telephone line.

Hamman said the increase would improve 911 service in medical emergencies, and he recommended a May election.

But when commissioners met at their regular monthly meeting Feb. 16, not a word was mentioned about the proposal, which now simmers on a back burner.

“It has not been ruled out, but an election is not going to happen in May,” said Jackson County Administrator Mike Overton.

In fact, no ballot proposal is likely to go before voters any time in 2021, the administrator said, because no county elections are scheduled this year.

“It would need a special election, and no one is inclined to call for one,” Overton said.

A telephone surcharge increase is supported by the countywide Fire Chiefs Association, the Jackson County Medical Control Authority, and the county’s 911 Advisory Board.

The fee hike would pay to fix what are described as weaknesses in emergency medical dispatching, or EMD, in cases such as heart attacks and strokes.

EMD is a process in which dispatchers assess the medical situation and tell callers what to do until first responders arrive.

Unlike surrounding counties, Jackson County’s 911 center does not handle EMD. Instead, it transfers medical calls to the Huron Valley Ambulance company in Ann Arbor. That company, which is owned by the same organization that owns the Jackson Community Ambulance service, does EMD for Jackson County at no cost.

“During any type of medical situation, every second counts for that citizen,” said Hamman.

Callers often grow frustrated or angry when they are transferred to Huron Valley Ambulance because they feel as if they have been put on hold during an emergency, Hamman said.

The process can also cause confusion and danger for firefighters dispatched as first responders by 911, McEldowney said. Sometimes important information is lost or missed in the “handoff” to Huron Valley Ambulance, he said.

As an example, McEldowney described a recent case where Spring Arbor Township firefighters responded to what was dispatched as a stroke, but they walked into the unsecured site of a gunshot injury.

Jester said the current system also leaves Jackson County in the less-than-ideal position of depending on a private company to provide a public service.

“If tomorrow they decide that their business model isn’t profitable, and they were to close their doors, we don’t really have a back-up plan,” Jester said.

Want to become a sponsor of Theexponentlive.com? Your ads and show of support of local journalism will be seen by tens of thousands of readers throughout the Jackson County region every week. Contact Dorothy at Dorothy@theexponent.com for more information.

To remedy those flaws, the emergency-response officials recommend that Jackson County take over EMD at its 911 center.

Hamman’s plan calls for hiring eight new dispatchers, a supervisor, and a deputy director to handle the additional work. New software and ongoing staff training would also be needed.

To pay for that, Hamman recommended seeking voter approval to double the 911 telephone surcharge to $3 per month. He said the county would not necessarily collect the entire $3, because each year it could set the surcharge at a lower level if a lesser amount was needed.

Jackson County residents approved a big increase in the surcharge in 2016, boosting it from 44 cents per month to $1.50, per telephone.

The 2016 increase was supposed to pay for a new radio system and also finance 911 operations without any allocation from the county general fund. However, costs of the radio system were higher than expected, so 911 still requires more than $300,000 a year from the general fund.

No county commissioners flat-out opposed Hamman’s plan, but they were clearly not yet convinced that the situation is bad enough to ask voters for a second surcharge increase since 2016.

Still, the proposal is not classified as dead.

“There is plenty more discussion to be had, I’m sure,” Overton said.

If you enjoy our coverage of local stories such as this one, support local journalism easily by subscribing here or by clicking on the link below. A subscription only costs $50 a year, and allows us to provide you weekly updates on important stories.