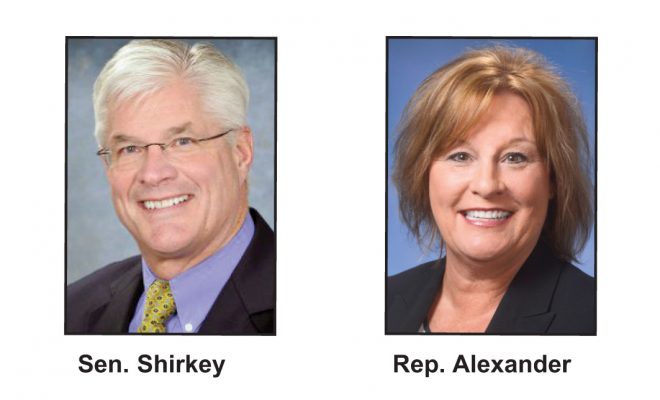 Who sponsored the legislation? 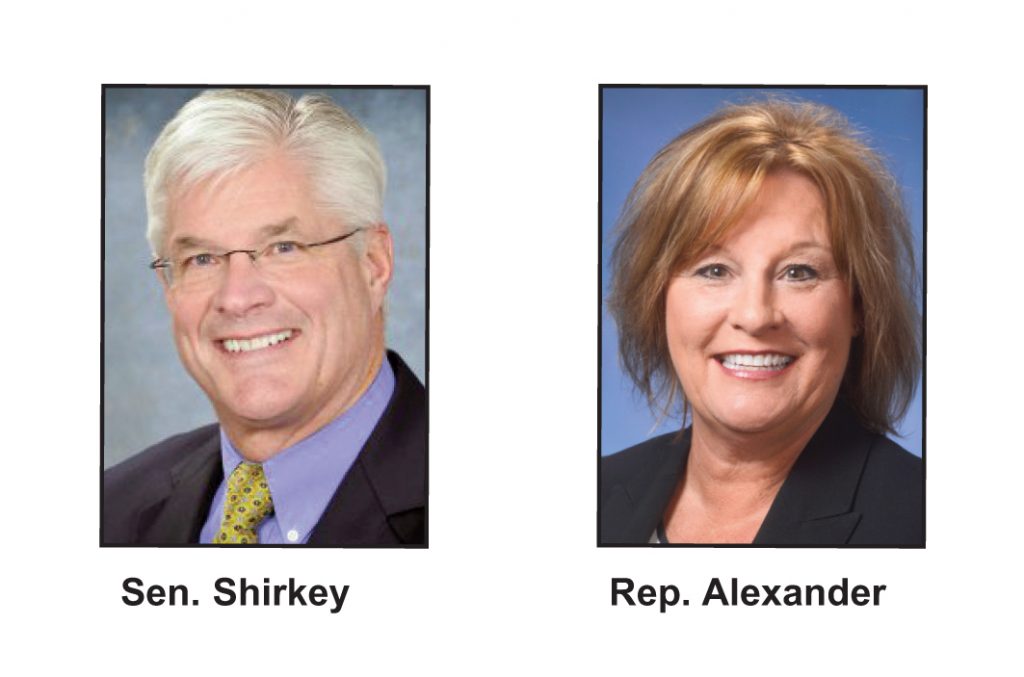 How Michigan’s 16 electoral college votes are awarded in national elections is being debated in Lansing, and State Senator Mike Shirkey (R-Clarklake) and State Representative Julie Alexander (R-Hanover) have found themselves at the center of the discussion.

Shirkey and Alexander co-sponsored legislation that could bring a form of the National Popular Vote (NPV) or at least a change to the state’s election process, to Michigan.

As a result, the two have found themselves defending their positions to members of their base, as both lawmakers have come under fire for their views or, perhaps more accurately, how their views are being perceived.

On Saturday, Alexander pulled her support for NPV, stating that she had concerns about the proposal.

Sen. Shirkey, however, wants to pursue the discussion and is taking hits as a result.

In a letter to the editor published in the Brooklyn Exponent September 18, Matt Dame, the Norvell Township trustee who challenged and lost to Shirkey in the August primary, wrote that the legislation “would undermine the U.S. Constitution by negating the Electoral College, the same electoral process that delivered President Trump, as opposed to Hillary Clinton.”

Dame’s views seem to reflect many conservative’s positions, at least at first blush. The Washington Examiner, a conservative publication, said in an opinion piece written by Tara Ross, a staunch defender of the Electoral College, that the movement towards a national popular vote is dangerous, particularly to conservatives.

“NPV pretends to be bipartisan, committed to serving the needs of the nation,” wrote Ross. “In reality, NPV’s plan is funded by liberals and designed to strike at the heart of America’s unique presidential election process.”

“NPV is a wolf in sheep’s clothing,” summarized Ross.

That opinion is shared by state Senator Patrick Colbeck (R-Canton) who wrote in a letter to the editor published in the Detroit News Sept. 13, condemning the paper’s editorial endorsement of NPV, writing “Our founders created a firewall to protect us from ‘group think.’ It is called the Electoral College. Michigan needs to reject any attempts to poke holes in this firewall. Keep control of presidential elections in the hands of free-thinking citizens.”

However, Sen Shirkey says that he is battling the very kind of group-think Sen. Colbeck condemns by pursuing the discussion.
“Part of my hope is to convey that, gee whiz, we shouldn’t be afraid of debate,” said the senator.

“First of all, the national popular vote does not do away with the Electoral College. That is a misnomer and a misrepresentation,” said Shirkey. “What bothers me about this process is that there are some people who won’t ask a question about why this is being debated. They will just attack a concept, and then you lose the point,” said the senator.

Far from condemning the national Electoral College, Shirkey, a member of the state Elections and Government Reform Committee, said the founding fathers’ foresight in introducing the Electoral College “was brilliant.” However, he said that the reason the concept was introduced—in large part to keep less populated areas of the country from being disenfranchised in the election process – has been occurring more and more at the state level.

Shirkey noted that John McCain, who lost to Barack Obama in 2008, essentially ceded Michigan to the Democrats and quit campaigning here in August, leaving many residents believing they had no reason to turn out at the polls.

To combat this, Shirkey’s would like to do away with the winner-take-all format in which the state’s electoral votes are awarded.

“What I think the solution is likely to be is we take the concept the founding fathers had, then apply it to the states. I call it the Generation 2 Electoral College. Then we assign electoral college votes based on congressional districts.

“So, for example, whoever won the popular vote for president in congressional District 7 (which Shirkey represents) would get that district’s electoral votes. Now you have accomplished much of what NPV is trying to do in keeping all states, and all parts of the states, involved in the election process . . . but you are not relying on a national popular vote outcome.”

Sen. Shirkey expressed irritation at the insinuation he is not “being conservative enough” by his willingness to consider election changes.

Using Illinois, the bluest of states, as an example, he noted that under the current winner take all makeup of the state, as Chicago goes, so go all of the state’s Electoral College votes. However, if the state had Electoral College districts such as he would like to see in Michigan, they could award Chicago’s electoral votes to one candidate, and the remainder of the state’s votes to another, assuming they voted differently.

This would give candidates a reason to continue fighting for the state and would keep voters at variance with Chicago’s prevailing political mindset engaged.

When Rep. Alexander pulled her endorsement of NPV, she did note that she would also like to see the winner-take-all system eliminated in Michigan.

“I am convinced that the winner-take-all rule we have on the books in Michigan needs to change,” she said. “This method of awarding our electoral votes puts us at a disadvantage and does not consistently serve our state’s interests well.

“I want Michigan to be a battleground state in every election cycle, and I want our votes to matter in every presidential election, and we do this by changing Michigan’s winner-take-all rule,” she said.

Most states distribute their Electoral College votes in the same winner-takes-all fashion as Michigan. However, two states, Maine and Nebraska, apportion their electoral votes by congressional district.

For his part, Sen. Shirkey wants to see disenfranchised voters engaged in a system that he feels is perhaps tilted against his party.

“Democrats were only 42 electoral college votes short of winning in 2016 before the first ballot was cast because that is how predictable states are,” said Shirkey.

“I am interested in making sure that non-urban parts of big states don’t get disenfranchised,” he said. “I am emphatic that if we don’t start asking ourselves ‘Where are we heading, and what is going to happen in three to four election cycles from now,’ that we will regret it.