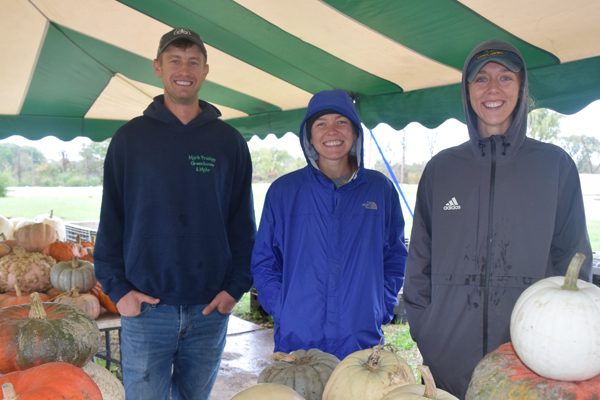 Above, from left: Paul Prielipp, Anna Heath and Sydne McMullen smile beneath temporary tents on a rainy afternoon. The family-owned business will eventually be constructing a building from which they will sell their garden plants, flowers and produce.

For several decades, officials from Mark Prielipp Greenhouse and Mohr have driven through Brooklyn to sell their sweet corn, pumpkins, squash and tomatoes at a Jackson farmer’s market.

Now, the company is putting down roots right here in Brooklyn, just south of the village boundary between the Quick and Easy Car Care Center (oil change shop) and J.R.’s Hometown Grill and Pub on M-50.

The Mark Prielipp Greenhouse and Mohr have had a long run of success selling plants and produce. Located about a mile off of M-50 between Tecumseh and Dundee (near Britton), they are a destination for many eager gardeners in the spring. “We have ‘about an acre and a half under greenhouse’ and another 50 acres where they grow produce,” said Paul Prielipp last week.

“We grow everything we sell ourselves, we don’t buy anything.” 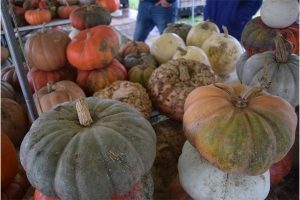 They seem to have come across a good formula for success.

With COVID last year, the family was worried about getting their produce out to their customers, so they decided to set up a stand at the former Brooklyn Lanes bowling alley parking lot in addition to their regular markets. It was a great idea. “We were really pleased. Really pleased,” said Prielipp. “We have had a ton of community support. We are really grateful.” (more below)

When they were unable to rent the same space at the bowling alley this year, they decided to make a bigger investment in the community and purchased eight acres at their current site.

Like all good farmers, their intention is to grow the business deliberately.

“We are in the process of working on a site plan to present to the township. We are thinking as long term as we can and are trying to gather input from some of our customers here as to what they would like to see,” said Prielipp.

“Ideally what we would like to have here in the next two to five years is a garden center to start, and then hopefully some additions beyond that.” 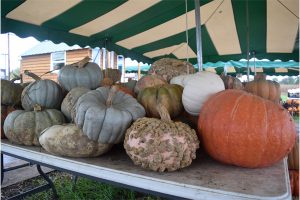 He noted that they already have been approved for a temporary site plan that will allow them to construct two small greenhouses and a storage building to get them by for the next few years until they are ready to move forward with constructing a permanent structure.

Prielipp said that they will sell “everything that we have had in the spring here before, but with a bigger selection.” After spring they will transition into selling their produce in the summer and on to pumpkins, squash and Christmas wreaths in the fall and early winter.

The business shares the driveway with the Quick and Easy Car Care Center, although some customers have used J.R.’s to access the produce stand. “Thankfully, the owner of J.R.s has been very welcoming,” said Paul. “We really have two great neighbors.”

While it will take a few years to get the business established to the point they would like, customers are invited to stop by and visit with the family and employees to give them input.

He added that they might like to add some walking paths and gardens before it is all said and done. “We really would like to hear from the community to see what they would like,” he said.

“It is just going to take a little time. But we are really excited.”

The business is open Monday through Saturday.