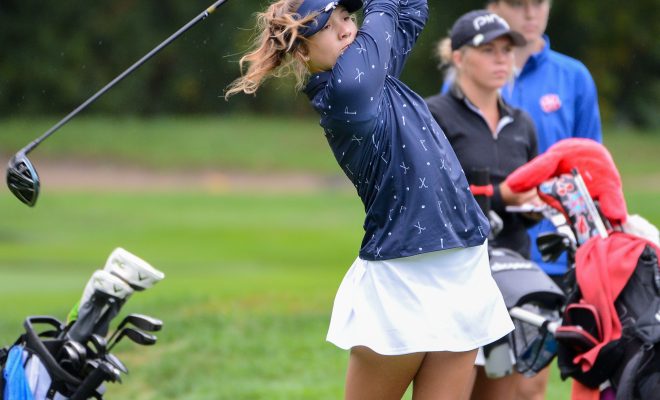 A year ago, Columbia Central High School golfer Logan Bentley would have been tickled pink to shoot an 86 for 18 holes.

After last week’s round at the Michigan High School Athletic Association Division 4 tournament, she may have been a bit blue.

But there was good news associated with her round.

Bentley was one of three individual qualifiers heading to the state meet at Forest Akers East this weekend. She shot an 86 at the Hills of Lenawee Golf Club to qualify for the D-4 tournament.

She finished second to Kamryn Shannon of Michigan Center who shot a 1-under-par 71,

“I shouldn’t shoot anything over 80 (for 18 holes),” Bentley said a couple of weeks ago after the Independent Golf League final. “I have been more consistent with my putting and chipping.

“I have also learned to play smarter.” 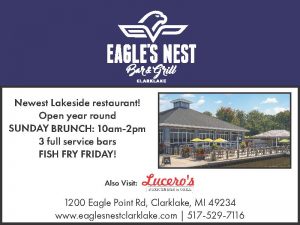 The 14-year-old golfer spent most of her summer playing in Callaway/Meijer Junior Tour events. She finished third in her age bracket – ages 13-15.

“You play on a lot harder golf courses and the players are advanced,” Bentley said. “Playing in 11 or 12 events over the summer gave me the experience of knowing who is out there (and the top players in Michigan high school golf).”

Bentley says she still expects herself and the team to get better – something that should be scary for anyone in the IGL. She was a medalist at all of the jamborees and helped her team finish second in most of the events.

Bentley has been playing golf for nearly half of her life thanks to the encouragement of her dad. She used to come out to the course, ride on the cart, and hit a few drives and putts.

She has found the love of the game since those early days.

In the classroom, Bentley maintains a 4.0-grade point average and hopes to play college golf.

Bentley said she would like to attend Michigan State University and study in the field of turf management, business, or something to do with golf.