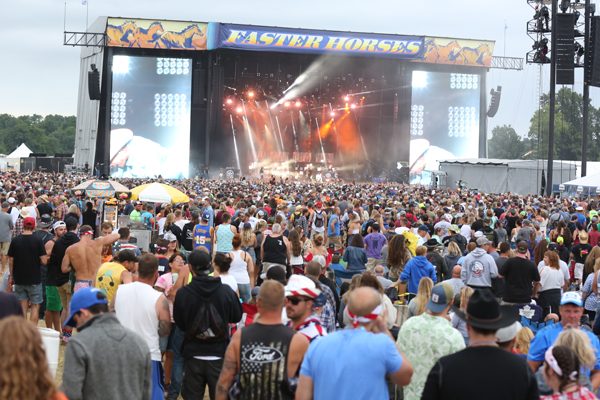 Above: Faster Horses has experienced tragedy nearly every year since coming to Brooklyn.

What appeared to be a “clean” Faster Horses event with no deaths reported, turned again to tragedy Monday as reports surfaced of a death that occurred early on July 25.

Family and friends were with the man in a campground near Michigan International Speedway. Paterson said they were told that all was fine when they went to bed after the concert Sunday night. The man died in his sleep overnight.

Paterson said there were no signs of foul play. The investigation continues pending results of an autopsy. “We believe it will show a natural death,” he noted.