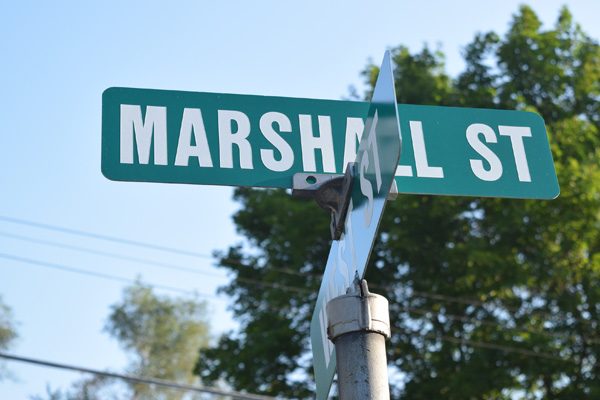 Marshall Street in Brooklyn, looking west. The road is getting a $649,000 makeover starting September 14.

When construction season is over in 2020, at least two streets and one building in the Village of Brooklyn should be looking sharp.

Brooklyn Village Manager is informing residents that more construction is coming to the village soon. While Main Street (M-50) has been getting a facelift from the state, officials will begin working on Marshall Street in September.

The total project cost for the Marshall Street project is $645,000 including a $129,000 match from the Village and $516,000 in federal funds that are allocated for rural transportation through MDOT.

“It is not a state project per se, such as the ongoing project on M-50, but rural transportation funds are allocated by the Rural Transportation Task Force in collaboration with MDOT,” said Guetschow.

The project is to start Monday, September 14 and will include pavement, curb, and sidewalk removal September 15 through 22, earth excavation September 23 and 24, concrete curb and sidewalk replacement September 25 through October 2, backfill and restoration October 3 through October 8, installing an aggregate base October 9 through 15, paving October 16 through 18, manhole adjustment October 19 and 29 and cleanup. It is slated to be completed on October 24, but the manager noted that all times are tentative.

Motorists can expect slight delays during construction and may want to avoid the street altogether. 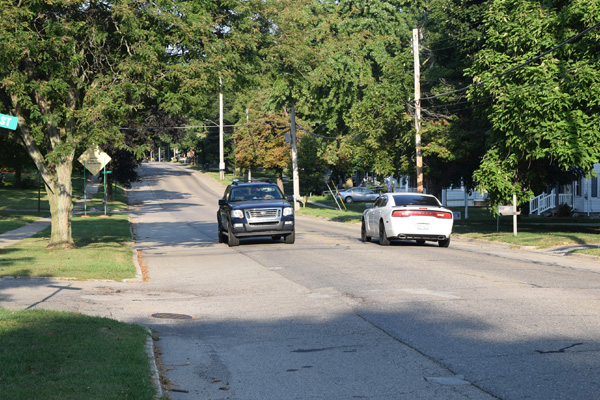 “We will likely provide door tags of the schedule for property owners so they can make arrangements for parking vehicles elsewhere, assuming the pavement removal will encompass the entire length of the street,” said Guestschow.

The project will coincide with the $1 million roadwork project already taking place on M-50.

That project began July 27 as workers have been revamping the sidewalk ramps throughout Brooklyn as part of the Americans with Disabilities Act compliance. The roadwork portion of the project is anticipated to be completed by Oct. 2. That is if all goes as planned.

“Contractors have been delayed this year due to COVID-19,” said Sam Sorensen, a construction engineer with the Michigan Department of Transportation–Jackson Transportation Service Center, who is the project manager. “I think we’re okay on getting this one done by Oct. 2, but it could be delayed depending on how the virus impacts the contractor.” The prime contractor for the project is Michigan Paving and Materials.

From south to north, roadwork will begin at the M-50-Constitution Street/Wamplers Lake Road intersection and end at the Goose Creek bridge approach near Irish Hills Ford and the Wesco gas station and convenience store on the north side of Brooklyn.

“We had a couple of projects in the past and gapped this area out, so we’re just basically connecting those two [past projects],” Sorensen stated.

The project is being funded with roughly 82 percent federal dollars and 18 percent state dollars. 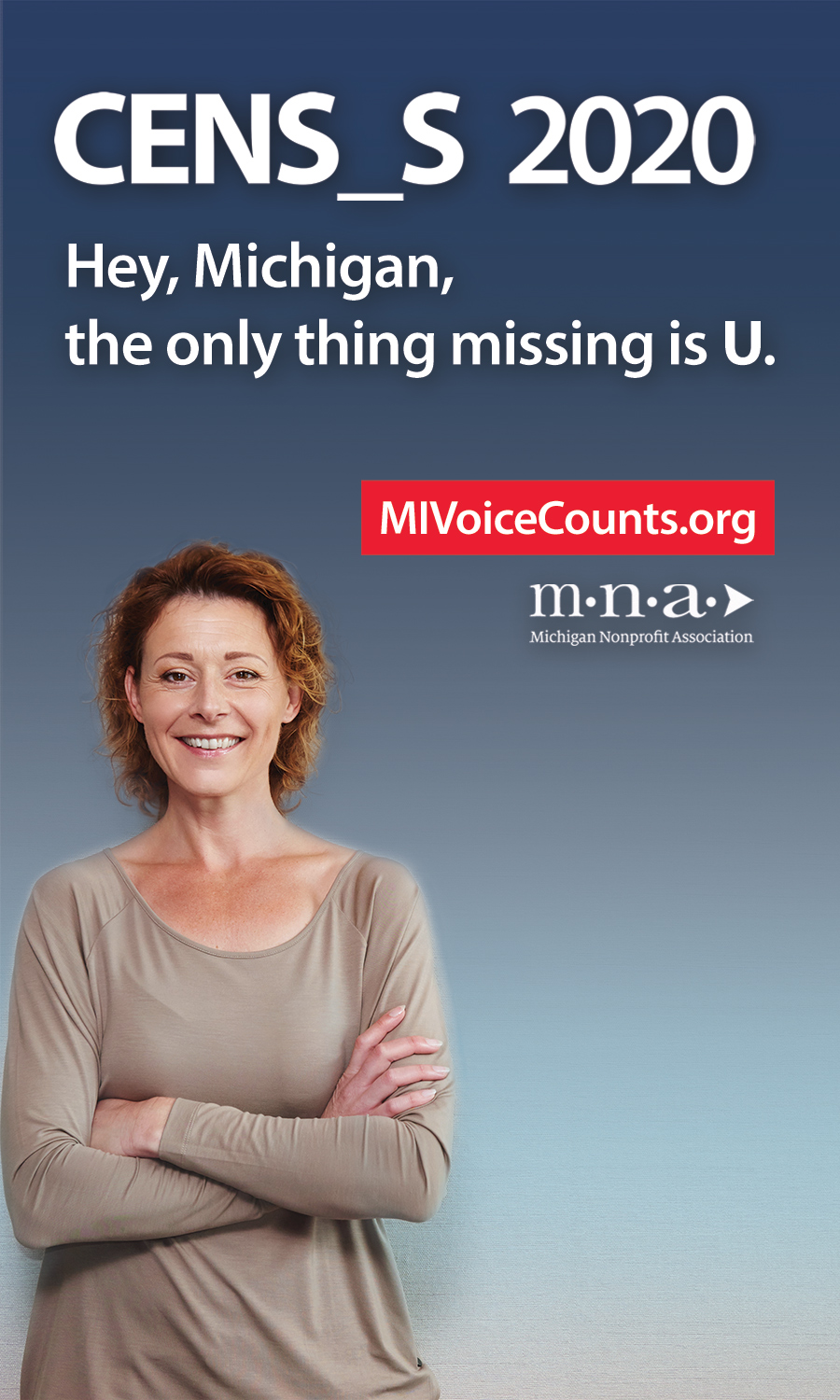 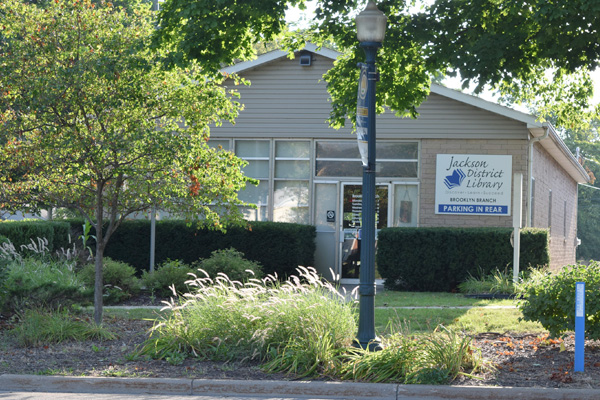 The Brooklyn branch of the Jackson District Library is getting an extensive facelift.

The long-anticipated plan to renovate the Brooklyn branch of the Jackson District Library is getting closer, and while it will be an inconvenience for library patrons for a while, officials are confident the end result will be worth it.

Jackson District Library Marketing and Communications Manager Will Forgrave said that the update is needed. “We looked around at all of our branches to decide which ones needed updating and renovating, and Brooklyn was at the top of the list,” said Forgrave.

JDL officials recently released the above photo showing how the new library will appear once it is completed. The renovation will double the existing space and was slated to begin at the end of July. The branch will be closed during construction. 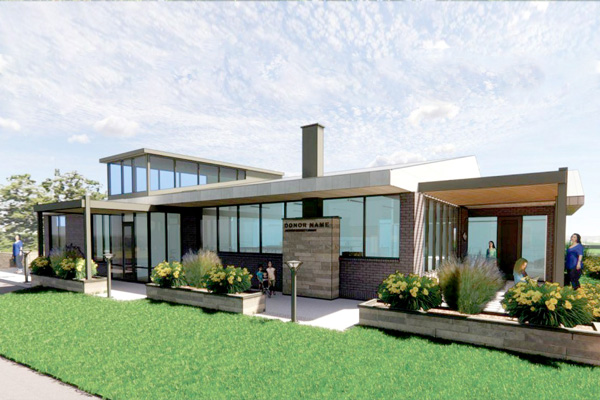 This is how the south side of the library will appear once improvements are made.

“We will be extending the hours at the Napoleon branch, which is the closest branch, and this will hopefully give people a sense of normalcy,” said Forgrave.

The building that now houses the library was once the Brooklyn branch of the United States Post Office before post office officials moved into their existing facility a block north. When the post office was moved, the library, which had been located in the former Catholic Church to the south, moved in. A community book moving was held, in which residents lined up and passed books down the street to the new facility.