Napoleon Teacher of the Month: Trevor Trudeau has his dream job 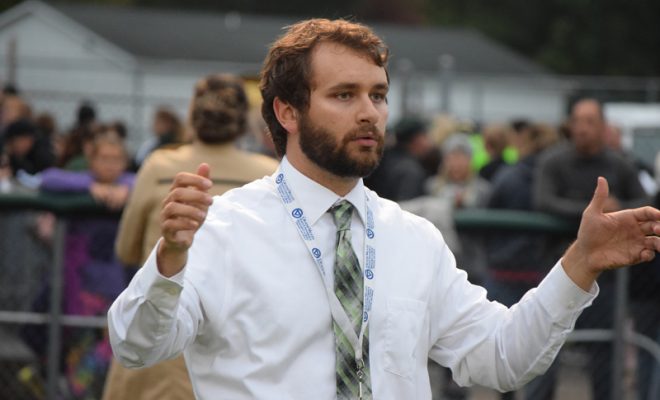 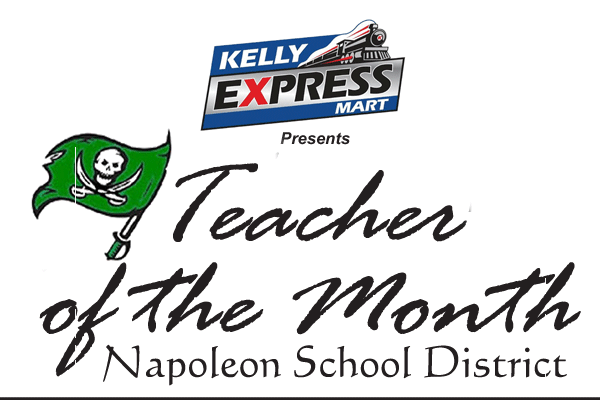 Trevor Trudeau can be seen in the public spotlight at many Napoleon Community Schools sporting events directing the high school marching band. He can also be seen directing the concert bands and choirs for both Napoleon High School and Napoleon Middle School.

“His enthusiasm and dedication to his program and the entire school community has been refreshing,” said Napoleon High School co-principal Patrick Dillon. “One of his main goals is to build cohesion and a sense of team in the district.” 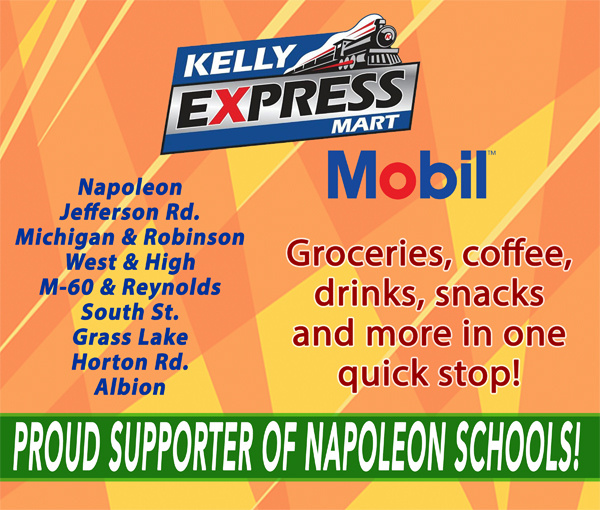 “Trevor’s ability to relate and build a rapport with middle school-aged students is a tremendous asset to our music program as a whole,” said Napoleon Middle School principal Chris Adams. “Nearly 98 percent of students that begin with him in band or choir in middle school continue on into high school which has solidified the music program, grades 6-12.”

“What I admire most is that he is very technically sound in his methods and continually looks to improve, as well as his willingness to share with others when asked,” added Dillon.

Trevor graduated from Napoleon High School in 2009 where he was in band all four years. He then earned his music education degree from Grand Valley State University and was a member of the GVSU marching band for three years. He taught elementary music with Grand Rapids Public Schools from 2014-16. 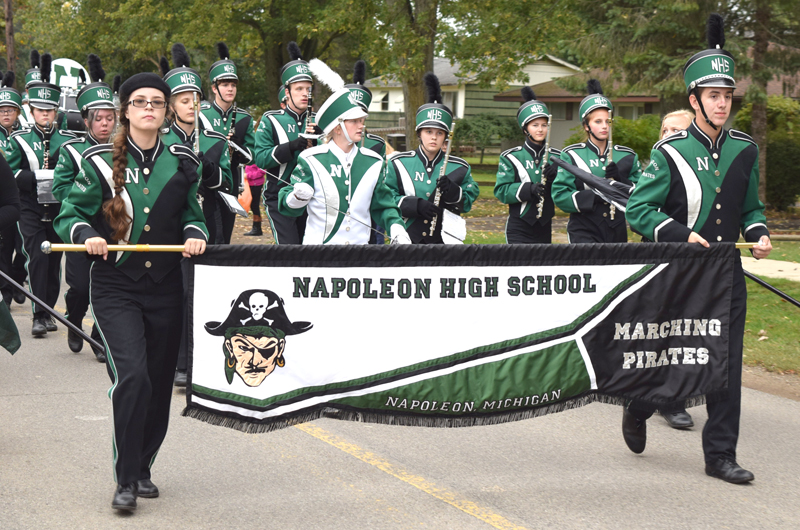 Trevor has called taking over as music director for Napoleon Community Schools his dream job.

“I never thought it would be something that I’d have the opportunity to take over so soon and so early in my career,” said Trudeau in August 2016 when he took the reins of the program. “I want to see this program continue to grow and be one of the great programs in the area for as long as possible.”