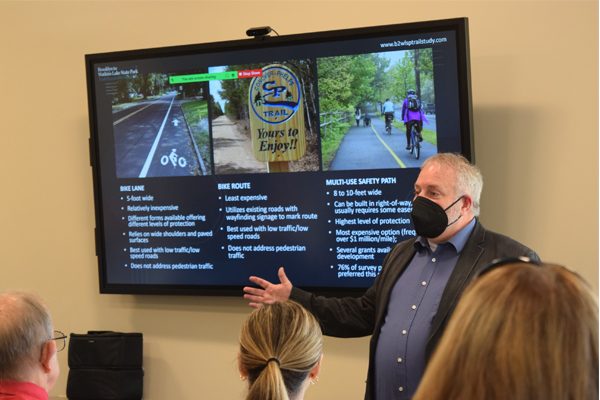 Study shows that a path from Brooklyn to Watkins Lake State Park, and eventually the Village of Manchester, would likely heavily utilize a network of dirt roads. Pictured above, Chris Nordstrom of Carlisle-Wortman Associates of Ann Arbor mediated a meeting that informed residents of progress in a trail feasibility study while gathering feedback and concerns from residents.

Officials held a public hearing to gather input and share their findings in a feasibility study of creating a Brooklyn-to-Watkins State Park trail.

Chris Nordstrom of Carlisle-Wortman Associates of Ann Arbor, which conducted the study, said the primary purpose of the meeting was to gather input from residents. The funding for the study was provided by the Village of Brooklyn, Columbia and Norvell townships and the Irish Hills Community Legacy, and their contribution was matched by the DNR.

The meeting was both informative and, at times, acrimonious, as some landowners expressed concerns of losing property rights, while trail enthusiasts expressed beliefs that trails benefit communities in a variety of ways. (more below) 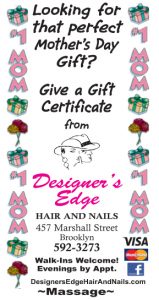 “A lot of times when people hear of something like this coming in, there is a lot of angst,” said Nordstrom, before adding that once residents saw what the feasibility study has produced, “it might help calm your nerves a little bit.”

The feasibility study recommends that, if developed, the trail primarily utilizes a series of dirt roads to connect the Brooklyn to Watkins State Park. From there, a trail already exists along an old railroad bed to Austin Road that ends near the Village of Manchester.

No improvements to the dirt roads would have to be made, though the possibility to do so in the future would exist. Signage would be put up designating the roads as a bike trail.

The primary route would run from Watkins State Park to Lawrence Road, to Owen Road, to Hardcastle Road, to Ladd Road, to Antcliff Road to Waterman Road into Brooklyn, then along the River Raisin to Swain Memorial Park. A possible alternative would take the trail from Ladd to Bettis to Waterman before crossing Antcliff, then into the village. 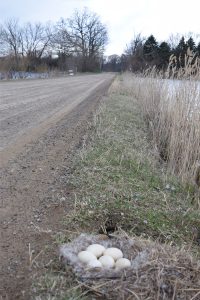 One possible link for the Brooklyn to Watkins Lake State Park trail calls for it to run down Arnold Road, shown here, where a goose has set up a nest in a most unlikely spot.

There are a few gaps in the proposed trail. The biggest gap is getting from the state park to Lawrence Road, which is off of the busy Horning Road. Another gap is along Hardcastle Road.

Nordstrom said that the gaps might be resolved by seeking easements along existing roads, but explicitly noted several times that the idea of “taking people’s land” was not on the table.

Not everyone was thrilled with the trail idea. Sandy Paul, a Brooklyn resident who lives on the River Raisin, wondered why the proposed trail wouldn’t simply hook into the M-124 trail, which is already established. Paul had a list of concerns from pollution to the cost, to the possibility of harming wildlife habitat, listing blue herons as an example. (more below) 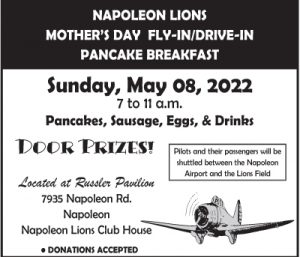 “I am not angry, I am concerned,” said Paul, saying the village of Brooklyn has more pressing needs than spending money on a trail.

“There is a true need in this village for a center,” she said. “I would love to see us focus on something like a park that Adrian has.”

Another property owner who did not give his name said he was amazed that officials would even think of utilizing private property to establish a trail, despite Nordstrom’s stating that idea was off the table.

Columbia Township Treasurer John Calhoun noted that he worked with the Clarklake Spirit Trail officials when they were implementing that trail and says it has greatly enhanced the entire community.

No official action was taken at the meeting, but Nordstrom noted that if residents want to see a trail implemented, it will ultimately be up to them to make it happen.