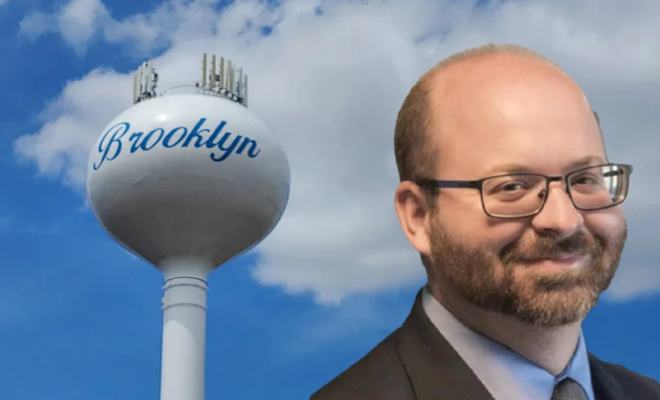 For the second time this year, a new village manager will come aboard to steer the ship of the village. At a special village council meeting Monday night, Matt Swartzlander, a Brooklyn resident who lives near Vineyard Lake, was hired for the position.

The vote of the council wasn’t unanimous, however, as the final tally was 4-2 in favor of bringing Swartzlander aboard. “Yes” votes were cast by Village Council President Estella Roberts and council members Gabriella Bach, Phil Bliven, and Patti Robinson. Stacy Hicks and Bob Jenson voted “No”. None of the village council members obliged when asked for comment following the meeting. Council member Phil Krauss was not present at the meeting.

In a brief phone conversation, Swartzlander said he loves living in Brooklyn and looks forward to working with the village council and the residents and businesses of Brooklyn.

A definitive starting date has not yet been set for Swartzlander to assume his new position.