New village manager resigns – Guetschow to step back in as interim 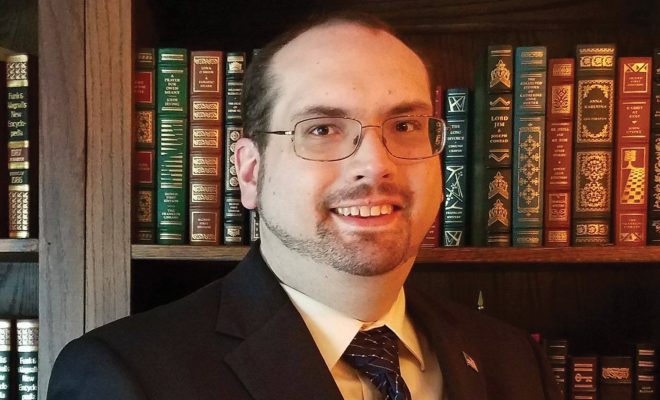 After a month and a half on the job, new Brooklyn village manager Scott Czasak has already called it quits. He submitted his resignation at a meeting with the village’s Personnel Committee Friday, June 17.

His resignation was formally accepted by the village council at a special meeting held on Monday, June 20 in the village offices. At that same meeting, the council appointed the previous village manager and currently acting director of Brooklyn’s Department of Public Works Jae Guetschow as interim village manager.

Czasak could not be reached for comment as to why he left the position.

“The Personnel Committee met with [Czasak] to review what had transpired in his first six weeks here and he chose to resign,” said Village Council President Estella Roberts. “He resigned effective immediately and vacated the building by 4 o’clock in the afternoon. He signed a document saying he resigned.

“We just talked about the things that we expected, what he had done, and the things that we were concerned about,” Roberts continued. “That’s pretty normal for the Personnel Committee to talk to a manager part way into their first stint of time there – just to make sure we are all on the same page.”

Roberts said she wasn’t shocked that Czasak resigned “due to a number of concerns he had,” she said, one of which was his commute. Czasak moved downstate from Escanaba in the Upper Peninsula. He sold his house up there and was living with family in the northern Detroit suburbs and commuting to Brooklyn every day – nearly a two-hour commute. “And this was his first job as a village manager and I’m not sure that it was exactly as he had expected,” she stated.

The village must now embark on an effort to hire a new village manager. The previous consultant the village used in the hiring process when Czasak was hired, Frank Walsh of Walsh Municipal Services, will be tapped again to assist the council in identifying qualified candidates. Roberts noted that Walsh had a guarantee clause with the village. “He will be back helping us find a new manager and that will be at no additional cost to the village,” she said.

Roberts said the village manager position was to be posted after the village council officially accepted Czasak’s resignation. The position was posted Monday evening on the Village of Brooklyn’s website, as well as the website of the Michigan Municipal League.

“Brooklyn is a great town and deserves a great village manager and we’re going to get it done,” Walsh said, adding that he already had people contacting him about the position Monday.