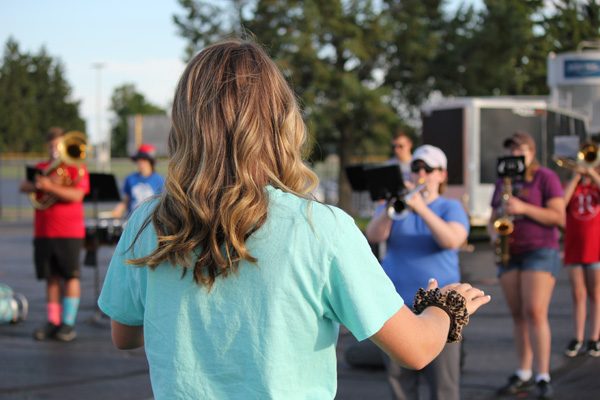 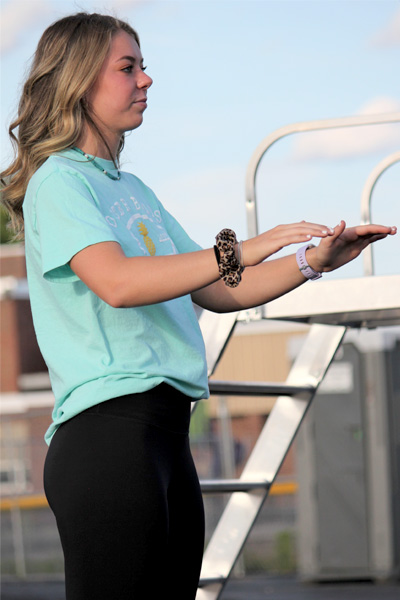 Drum Major, senior Halle Bauer, is “excited to still be together during these crazy times.” 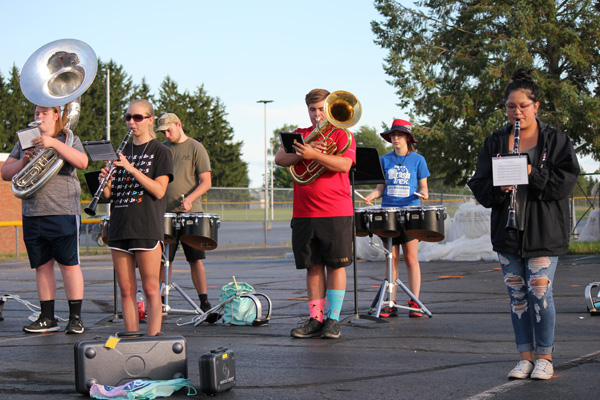 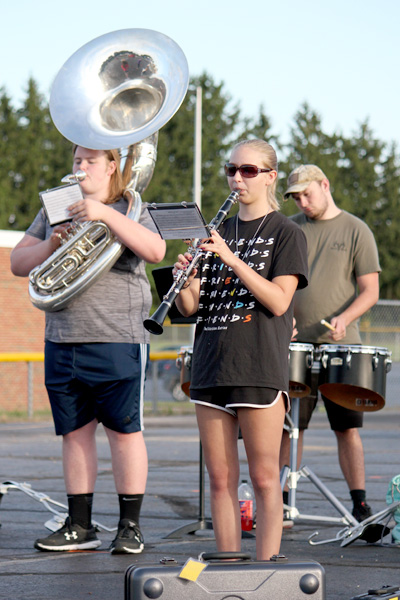 Owen Kordyzon, Phoenix Halliwill, and Brady Muncy (left to right) practice “Shut up and dance with me” during Onsted High School’s band camp. Six feet safety precautions are in use. 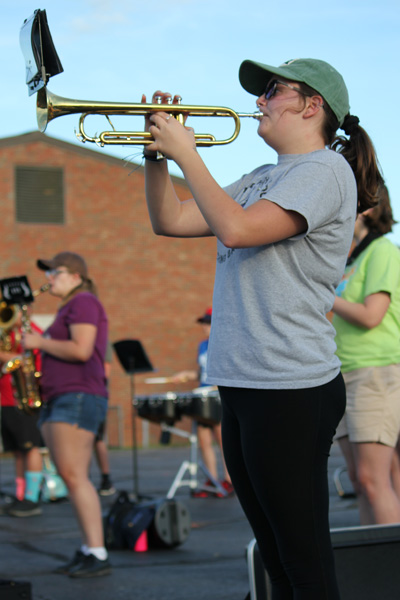 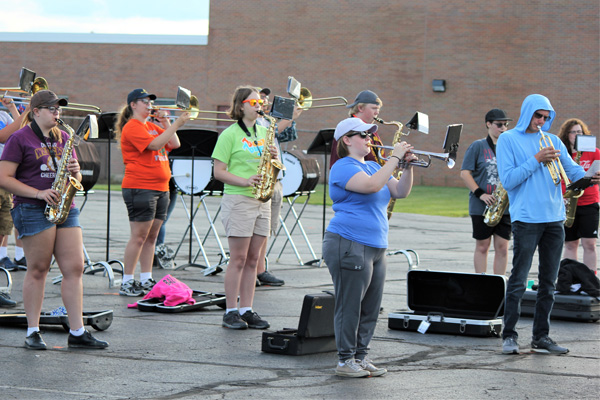 The Onsted High School Marching Band practice prepares to combine their music with the choreography to put on a great show this upcoming season. 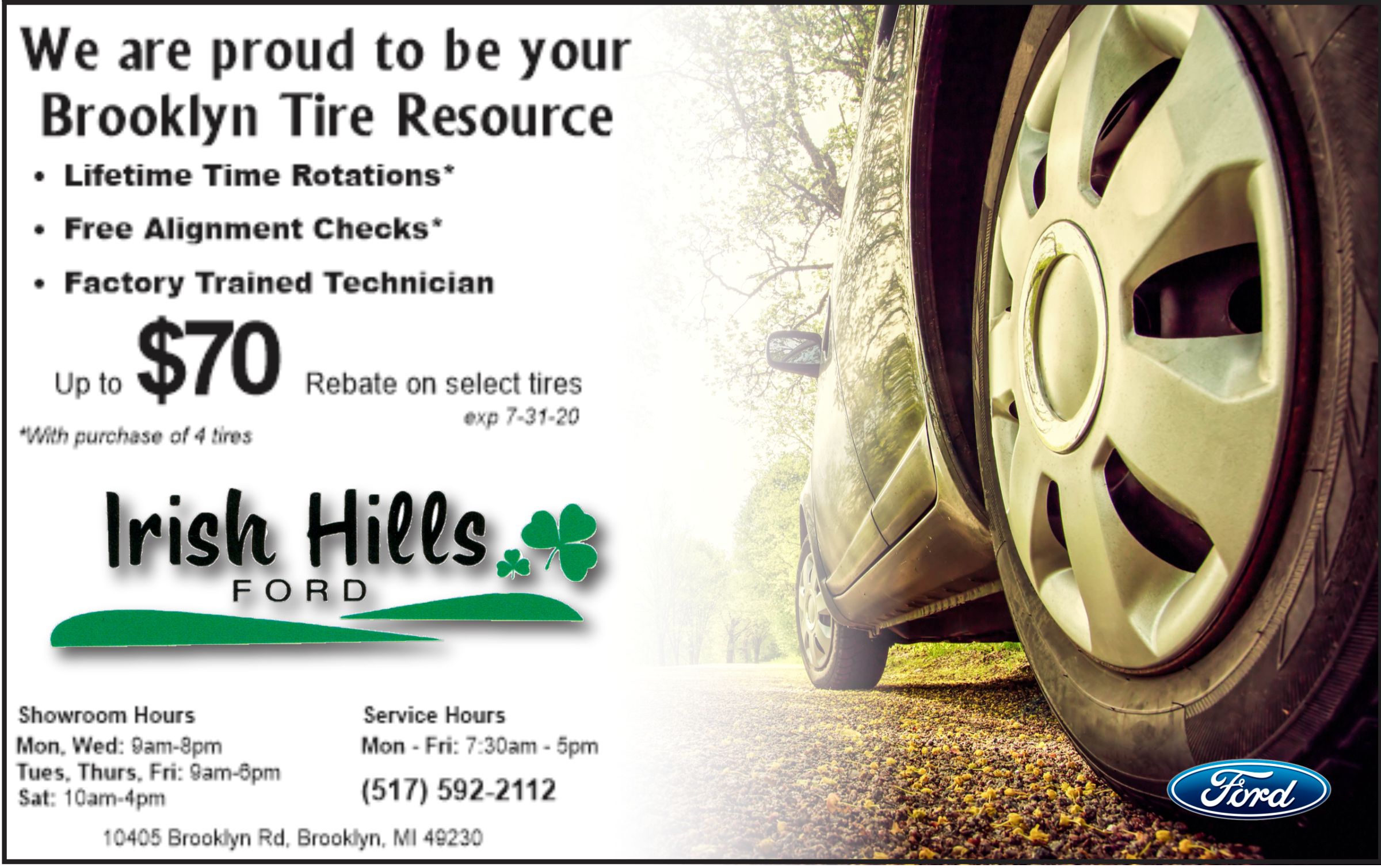