‘Ray is just a miracle’ – Rayfield Johnson’s road to recovery 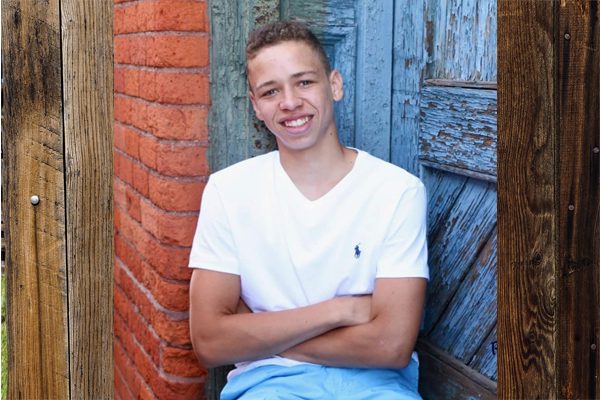 In the aftermath of the Faster Horses tragedy, Rayfield Johnson, shown above, is fighting his way back. “If I could sum it up in one word, Ray is just a miracle.” Erica Johnson, Rayfield’s mother said.

Rayfield Johnson II, 20, of Michigan Center, is fighting his way back to a normal life after the tragedy that killed three of his friends at the Faster Horses event at Michigan International Speedway on July 17. There is one other survivor of the incident, Kurtis Stitt, 20, from Hesperia, Mich.

The tragedy occurred at the campground at the corner of U.S. 12 and Brooklyn Highway. Upon their arrival that afternoon, first responders found all five men inside the travel trailer they were staying in unresponsive.

Three of the men – Dawson Brown, 20, of Michigan Center; Kole Sova, 19, from Jackson; and William Mays II, 20, from Jackson – were pronounced dead at the scene. Johnson and Stitt were transported by ambulance to Henry Ford Allegiance Health and then shortly thereafter to Promedica Toledo Hospital via Life Flight where they were treated for acute carbon monoxide poisoning.

Rayfield spent 12 days in the intensive care unit at ProMedica. He is now home and recovering. “He’s going to have a long road to recovery,” said his mother, Erica Johnson. “In his words, he’s progressing day-by-day. There are sometimes when there are days that are not so good.”

Rayfield is going regularly to physical and mental therapy for rehabilitation. “It affected all his vital organs,” his mother said. “He’s still dealing with not only a lot physically, but emotionally as well.”

Just prior to the incident, Rayfield solidified plans to go to Park University in Arizona for his fourth year of college. “He received notification on the Thursday prior to the accident that he got an offer letter and scholarship to come to play basketball there for their men’s basketball team,” Erica said.

The family had a recent conference call with the basketball coach and found out he is still eligible to play for two more years. “If he can get strong enough and healthy enough, he can go back and play next year,” she noted.

Rayfield played guard at Michigan Center during his high school years. After high school ball, he received a scholarship to play basketball for two seasons at Jackson College. Then the COVID-19 pandemic hit. In order to not lose a year of eligibility for basketball, he enrolled at Michigan State University and took online courses during the 2020-21 academic year, his junior year of college. “Because of COVID, he has two years of eligibility for basketball left,” Erica stated. (More below) 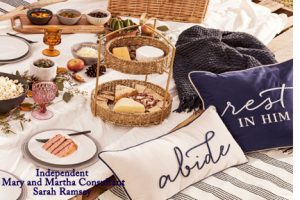 To learn more about Mary and Martha’s check out their website.

The community support that Rayfield and the families of the other victims of the tragedy have been truly remarkable. The Michigan Center Athletic Boosters set up a GoFundMe account that totaled $68,586. “Rayfield was one of the recipients to help with medical expenses and his care,” noted Erica.

“Five young men were part of a devastating tragedy that has left the Michigan Center community with broken hearts,” reads the GoFundMe page. “Our love and prayers go to your families and friends as we all grieve such a tragic loss.”

There were other community support efforts that raised funds as well. Center Car Wash conducted a fundraiser. Kimmie K’s Café contributed a percentage of their sales on certain days to the fundraising effort. There were also many families that reached out and provided meals and lots of prayers and support, Erica said.

The incident has forever changed the way they view a lot of things, Erica says. She and her husband, Rayfield Johnson I, are now promoters of carbon monoxide awareness. “It’s not something that’s taught or discussed that much in school,” she noted. “There’s not that much awareness and not that much education on it. There are so many sources that carbon monoxide comes from. Make sure your home and recreational vehicles are up to code with carbon monoxide detectors.”

Going forward, the Johnsons realize they are truly blessed for still having their son to watch and treasure as he progresses onward from the tragedy and works his way back to a sense of normality.

“If I could sum it up in one word, Ray is just a miracle,” said Erica. Speaking for her husband as well, she added, “We’re truly humbled and grateful for the outpouring of support that we received from friends, family, the community, and collectively the surrounding areas as well. We are forever grateful and thankful for all the kind words, the prayers and the cards. There has been so much support.”