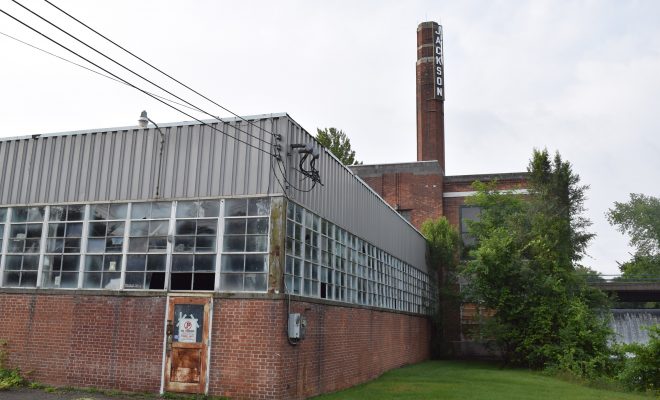 Question of the week: Should the Brooklyn Village Council allow a cannabis dispensary to be established at old Ford plant?

Our question this week is designed to help council gauge public sentiment. To answer the question, simply visit our Facebook page and type a comment in the post or email us at news@theexponent.com.  To learn more of the issue, see John Hummer’s story below.

Clarklake resident Patrick Collins, former co-owner of Shady’s Tap Room pub in downtown Brooklyn, has been busy in the medical marijuana industry the past couple years. Now he would like to bring a cannabis dispensary to Brooklyn – in the old Ford plant owned by Dan Ross.

Collins first went to Ross with the idea and Ross agreed to give it a go. The next step is for the Brooklyn Village Council to amend its zoning ordinance for marijuana operations in the village. They began that process with a discussion on the issue at its Monday, Aug. 9 meeting. Collins was present at the meeting and was afforded a few minutes to explain his business idea.

“I think this will be a great nucleus to get that building going over there – to get it fired up – to make it something that’s an asset to the community as opposed to something that is getting attacked by vandals and starting to fall down,” he stated. “We can turn that very quickly. Dan [Ross] is on board. Then there may be some other things that we’d like to do.”

“The market is huge, and I have done a pretty deep dive into the numbers,” Ross said. “Pat and I have talked extensively about this project and everything seems to make a lot of good business sense. The bigger picture is that it will be a springboard for everything else I want to do at the Old Irish Mill, and I think all of us can agree that would be a good thing for the community!”

Collins advised the council that in a year to 18 months the cannabis industry will get federalized. “I love the displacement of opioids in lieu of oils or gummies or something like that that doesn’t go to your heart, kidneys, or liver,” he noted. “People are picking up on that. I live down a little private road – five of my seven neighbors take a gummy every night. It lowers their blood pressure, they sleep better, and they’re happier people the next day.” 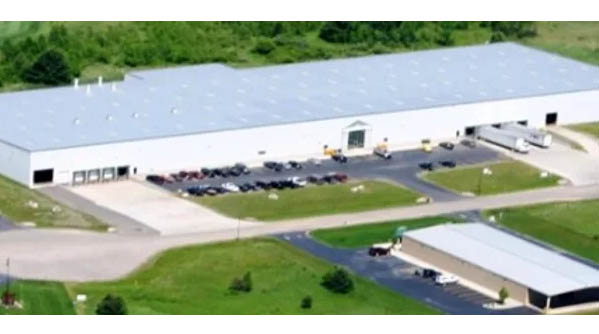 This is the AMEDMA growing facility in Farwell, Mich. (just west of Clare) of which Brooklyn’s Patrick Collins is president/CEO. AMEDMA serves the needs of its clients in several aspects of the medical marijuana industry. PHOTOS COURTESY OF AMEDMA

The dispensary inside the old Ford plant would be about a 1,400 square-foot slice located at the far east end, Collins said. “It would be a very nice feature to what’s going to be a tremendous building overall.” The dispensary would be a distribution location for AMEDMA’s products in this area.

“Dan wholeheartedly agreed that he thought it would be a great way to get the ball moving, so to speak,” Collins said. “It would be extremely professionally well thought out. It wouldn’t be anything gawdy. Other communities have found that these businesses – when in the right hands and with the correct management – become assets of the community.”

Collins is not hesitant to speak his mind about cannabis and its positive health effects versus the prescription drug industry.

“I’m not from the drug culture,” he said. “I’m not a pot smoker or anything like this. But at the end of the day, I’m an absolute firm believer in medical cannabis . . . I’m not from the industry but I know it’s here to stay. I know personally – people that have been significantly damaged with prescription drugs. Opioids are a terrible epidemic in the United States.”

Collins continued, “I think people are starting to capture the fact that, indeed, root oil can be a dang good thing . . . it’s absolutely amazing what they’re finding the impact to be. When you can get the same effect off some creams and oils, why in the world would you want to internally subject the organs in your body to opioids? – which are highly addictive.”

In his introduction to the topic, Village Manager Jae Guetschow reminded the council that back in Oct. 2018, the Brooklyn Village Council approved an ordinance to prohibit all marijuana activities in the village at that point. “We didn’t really have any guidelines coming down from Lansing or other information as to what kind of controls were going to be in place,” he noted. “Obviously, council can make changes to that ordinance.

Fast forward to Aug. 9, 2021. “What I’m suggesting is considering revising that ordinance to allow the possibility for specific economic development measures,” Guetschow said. “Specifically in this case, Pat Collins approached [Village Council President] Estella [Roberts] and I late last year or early this year. The subject came up about what this could do for the former Ford plant.

“It’s been sitting virtually under-utilized for a lot of decades,” Guetschow continued. “The possibility exists of being able to have something that’s going to generate revenue that will allow Dan Ross, the owner of that property, to be able to fully develop the property.

Guetschow informed the council that the controls on such a business would have to be specific to properties that have a commercial redevelopment district which the property has. It would also have to be a brownfield redevelopment project, which that is, he said. “So, in other words, it’s not just the idea of opening it up village-wide to any locations. It’s having very specific locations so that the village has good controls on that. Then it’s the matter of what licenses the village would consider.” Guetschow suggested looking at two licenses for retail sales – one for medical and one for recreational marijuana – all under one roof. (More below) 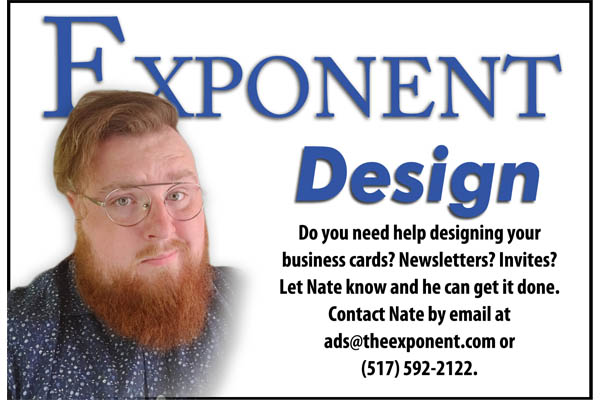 “That’s kind of the direction we’re looking at for a means of getting what’s been a blighted property back into functional use that would have some economic benefit to the village as a whole, and to that particular project specifically,” he said.

Roberts noted that the brownfield label on the property would help the village get rid of a $150,000-plus payment. “Dan Ross has already signed an agreement that if that property is developed, that he will take over that payment,” she said. “That would be taken care of and not something we have to figure out how to fund.” Roberts added that additional income from the project would come from licensing and tax revenue income, if in fact, the building is developed and becomes something better than what it looks now, she noted.

“This is an opportunity for you all to think about it,” Roberts told the council. “We will most likely see this as an agenda item at our next meeting to actually change the ordinance.”

Guetschow reviewed the process going forward. The village planning commission must first recommend a change of the zoning ordinance. They would create what is titled a “marijuana operations overlay district.” “Basically, you still operate under a commercial district, but this overlay has all the components and controls – such as hours of operation, signage, and lighting – all those kinds of things that would pertain to that particular site,” he stated.

Once the planning commission would make their recommendation, it would come back to the village council for a vote on the ordinance. Then it would be up to the property owner, Dan Ross, to apply for rezoning of the properties. The planning commission would then have to approve Ross’s request for rezoning and then it would come to the village council for approval.

“My need, want, and desire is to make sure everybody is comfortable with the decisions that are made when it comes to things like this,” Collins said. “I’m not out to try to force something down somebody’s throat. I think there’s a much greater upside that can come from the implementation of this business and the positive effect it can play on the community.”