Taking her faith to jail 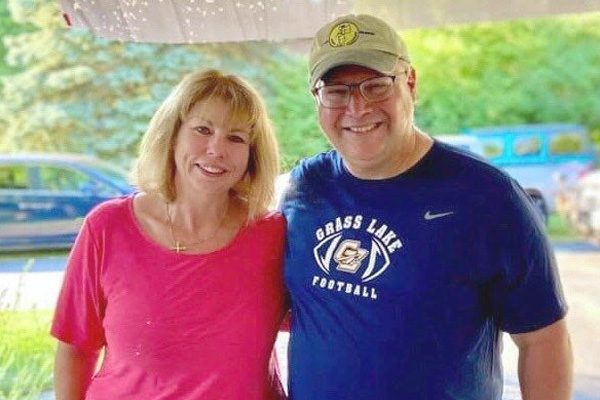 Bible studies occur in schools, churches, and in people’s homes – they also occur in jail. While this may seem an unlikely place, Grass Lake resident Melissa Stark, shown above, left, believes it is the perfect place. She, along with other ladies who attend Faith Baptist Church in Chelsea, go in pairs of two into the Jackson County Jail to hold a small group Bible study.

Stark’s church rotates with other area churches, spending an hour each week with the ladies who choose to participate. The study typically consists of prayer requests and a lesson, such as temptation. “Each Bible lesson goes in the direction God guides and directs. I have never had two sessions the same,” shares Stark.

While entering a jail to share religion with an inmate may seem daunting, Stark has overcome the nervousness she felt when she started out several years ago. With God’s help, she says that she has come to realize how her willingness to care and share with others has been even more of a blessing to herself.

“The ladies are always so thankful and [they] desire to learn,” Stark says,

“They are fighting to stay positive in jail.” Realizing there is no quick fix for the women’s problems, she prays for them and with them and shows them how to put Christ at the center of their lives.

Stark remembers one woman in particular whose story was especially heartwarming. While still in jail, the woman shared her testimony of accepting Christ with other inmates. The woman shared how this act had brought her peace and comfort, knowing she was never alone – that God was with her, carrying her every step of the way. The woman’s desire was to stay clean and get out of jail so she could share Christ with her kids, family, and friends. Her sincere testimony was inspiring to the other women, but also to Stark, who says, “This one person makes all the hours of planning and going into the jail worth it.”

“Many [inmates] believe they are too bad for God to love them; but in reality, God loves us all. One simple sin makes us all sinners,” says Stark. She shares various Bible verses to demonstrate the point to the women, such as Romans 3:23 which says, “For all have sinned, and come short of the glory of God.”

Stark started this journey around 2012, based off a personal conviction and desire to help others. She says her experience has pulled her closer to God and pushed her to delve deeper into her own personal Bible studies. “My love for Christ gives me the strength to share Him with others,” she says. Over the years, Stark has witnessed many tears shed, but also the peace that overwhelms each of those who decide to allow God into their heart.

While Stark and others have not been permitted to enter the jail during the pandemic, God is still at work through mailing ministries. First Baptist of Chelsea also has a group for men affiliated with Rock of Ages prison ministry, which goes into prisons to speak with the male inmates. Pastor Adam Summers of Chelsea’s First Baptist Church is a firm believer in mission work near and far.

“[Our church] sends missionaries all over the world, but it is also important to send them into our communities and into our jails and prisons,” says Stark. “I’m thankful for the opportunity to be able to go into the jail.”