The essential job of a 911 dispatcher 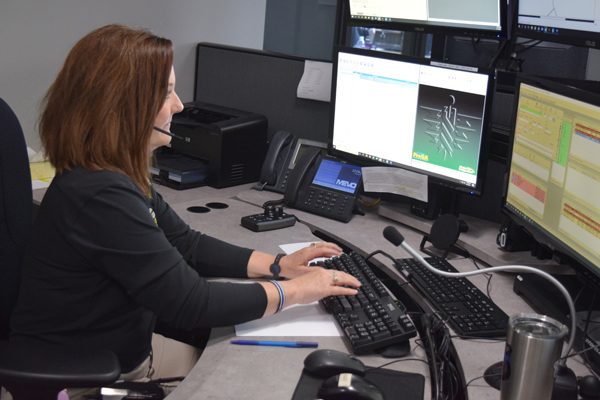 Shown above, Lenawee County Dispatch shift leader Becky Paterson is at the controls at one of the four consoles in the dispatch center. 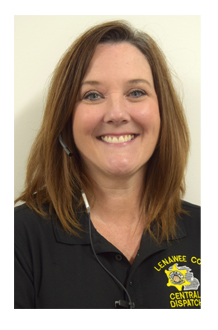 Becky Paterson, a dispatch shift leader with the Lenawee County Sheriff’s Central Dispatch, has had a hand in saving a person from suicide and delivering a couple babies. (More on those later.) Now only in her early 50s, she has been with the agency for 30 years. The center dispatches calls for not only the Lenawee County Sheriff’s Office, but also for 11 local units of government police agencies, the Adrian-Blissfield Railroad, and the Michigan State Police.

In addition, the center dispatches 18 area fire departments. Along with normal calls, Lenawee County Sheriff’s Central Dispatch is also responsible for all emergency radio and 911 calls within the county.

Paterson was promoted to shift leader in 2013. “She’s still a dispatcher, but she’s also got the responsibility of leading the team,” said Dave Aungst, Lenawee County Sheriff’s Office Central Dispatch Lieutenant. “If there are any problems, they go to her first.” She is also a communications training officer (CTO) where she trains new dispatchers. The training goes on in the career of a dispatcher as they must get a state-mandated 24 hours of continued education training every two years.

Paterson says that a majority of the calls received are traffic accidents, medical-related issues, and drug-related calls.

“After 30 years, I still love my job,” Paterson says. “I love taking the phone calls. I love coming into work every day not knowing what’s going to happen that day. There are days that are non-stop from 6 a.m. to 6 p.m. and there are other days where it might be a little quieter, then you’ll have one major incident where you can’t believe six hours just went by. It’s a little bit different each day and that’s what I like. It never gets boring.”

Paterson grew up in Adrian and graduated from Adrian High School in 1986. After a couple office jobs, she got her first job as a part-time dispatcher with the Adrian Police Department in 1989 at the age of 21. “Back then, you didn’t have to have training for dispatch. Everything was hands-on, on-the-job training,” she said, though it was strictly police dispatching and did not include 911 calls. (more below) 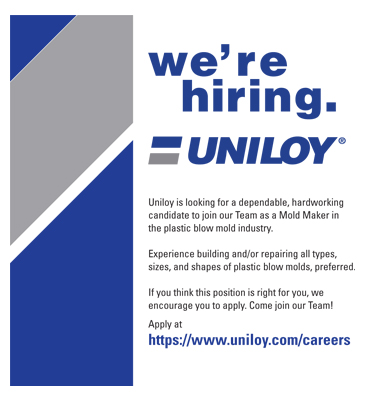 A year later, the Lenawee sheriff’s office had a full-time position available. Paterson applied and got the job in November of 1990 working under Sheriff Germond. Training was then required. She completed an 80-hour dispatch school, CPR and first-aid training, and had to complete the Law Enforcement Information Network (LEIN) training. LEIN is the system where dispatchers run license plates through, file checks, missing persons, stolen articles, and more. “It’s a big nationwide network for policing,” says Paterson.

Paterson works with the same three people every day that is called “Platoon 1”. They work the 6 a.m. to 6 p.m. shift. “They truly are our work family,” she said. During a typical week, the platoon rotates working the four computer consoles in the center, including the Lenawee County console, the LEIN channel, the Adrian Police Department, and the fire departments’ console. “It kind of breaks it up for everybody,” Paterson noted.

When it is quieter, the dispatchers enter warrants from the courts, process personal protection orders, bond payments, and other paperwork. “There are things we can do during down time,” she said. (more below) 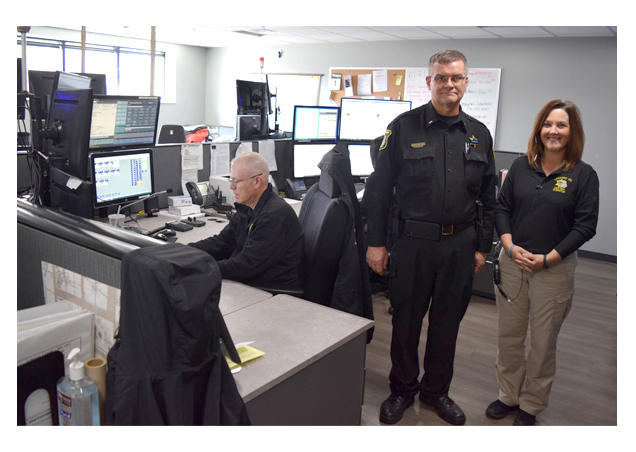 Though it can be a stressful position, especially answering 911 calls, Paterson takes it all in stride. “You just go with the flow,” she said. “It can be so quiet in there and then the next minute, the bottom is hitting the fan.” She used a recent example where one of their dispatchers was dispatching officers on a felon with a gun in the vehicle fleeing from a traffic stop while at the same time the same dispatcher had a bad crash call come in. “When that happens, you might have to answer someone else’s radio,” she explained.

Paterson noted that if a call happens at a busy location or intersection, Central Dispatch might receive 20 to 25 calls on the same incident.

Aungst has noticed an increasing trend. “That’s one thing that’s picked up over the years – the amount of calls that’s come in for the same incident.” Aungst attributes that directly to cell phone use in current times, whereas pre-cell phone, only those with access to a landline could make a 911 call. “The call volume has increased tremendously over the years,” he noted. Aungst states that only 20 percent of all 911 calls today are from a landline.

In addition, today there is also the capability of text-to-911 for people who are in situations where calling may be dangerous, such as when someone is being kidnapped or a home break-in is occurring. “That’s more what it’s intended for,” Aungst said, adding that it is also useful when a person is in an area of poor cell phone reception. “However, we still prefer that you call – call when you can, text when you can’t. It’s not a faster option; it’s an emergency back-up option.”

Paterson recalls a couple calls over the years where she feels she made a big impact on the situation. One call came in where a family member called about another family member who was posting pictures on Facebook of himself with an electrical cord and was contemplating taking his life. Paterson used the console’s CAD-mapping system to pan the property of the subject’s parents’ house where he was thought to be and discovered there was a barn way behind the house that responders did not see when they first pulled in. First responders checked the barn and were able to find and save the man from taking his life. “Had [the first responders] not known that, they probably would have left,” Paterson said.

“Dispatchers are not just taking calls and passing them on,” Aungst said of that example. “There’s a lot of investigative work that goes on behind the scenes, too. That’s a great example of the extra work they did above and beyond to find information that ultimately saved the life.”

Paterson met her husband of 25 years, Jeff, now Cambridge Township police chief, when he was a county sheriff deputy. She has even had to dispatch him on a number of occasions. Her stepson had also worked part-time for Cambridge Township at one point, and she was dispatching him as well. Her 22-year-old daughter is finishing up her criminal justice degree. “It’s kind of a family event,” Paterson says.

The couple has three adult children in all – two daughters, 34 and 22, a 30-year-old son – and two grandsons, seven and three.

In her spare time, Paterson and her husband love to camp, go motorcycle riding, and go on family kayak trips.

Next week (or even beginning this week), Michiganders will honor hundreds of unsung heroes who take the first calls when people need help most. Those heroes are the dispatchers – or formally called telecommunicators – that hear those emergency cries for help.

We pay tribute to Michigan telecommunicators for their vital contributions to public safety. In 1991, the United States Congress designated the second week in April, this year April 11-17, as National Public Safety Telecommunicators Week. In Michigan, the State 911 Committee (SNC) is privileged to honor those who serve in this important role in our state.

“This past year has been a remarkable time for 911, and all of the public safety and health services we partner with. The unwavering effort and support our 911 telecommunicators have shown to callers, responders and each other have been overwhelming. When things seem at their worst is when our 911 telecommunicators perform at their best – it is what they do – caring for those who are in need,” stated Ms. Joni Harvey, State 911 Administrator. “While the main focus of the last year has been on the pandemic, every day emergencies did not stop, and our telecommunicators continued to respond to calls for a variety of emergencies, large and small. Perseverance and heart are the two best descriptions I can give for our amazing 911 telecommunicators who adapted and overcame obstacles to continue providing the utmost 911 services to everyone in need. Our telecommunicators were a constant resource for comfort and direction in a time of much uncertainty.”

Telecommunicators receive calls through many different 911 dialing systems including wireless, traditional telephones, Voice Over the Internet Protocol and in some counties, via texts.

Mr. Jeff Troyer, Chair of the State 911 Committee, also recognizes the men and women serving as emergency telecommunicators. He added, “All public safety requests for service start in one of our local 911 centers. The men and women who staff our centers are exemplary and have persevered through the ongoing pandemic to ensure every 911 call is answered. They can experience more stressors and disturbing events in one shift than a normative person experiences in a lifetime. They are well-trained professionals who deserve commendation for the selfless service they provide to residents and visitors.”

The SNC was established in accordance with Public Act 79 of 1999. It is a 21-member organization that works to promote the successful development, implementation, and operation of 911 systems across Michigan.